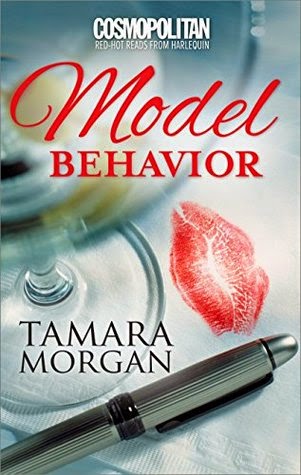 "Everyone in the world knows we belong together, Livvie -- everyone except you. Why do you insist on holding out?" - Ben Meyers

The moment her best friend, Ben Meyers, drops his phone into her drink, model Livvie Winston knows The List has begun. Seven tasks, each more difficult than the last. If Ben completes them in twenty-four hours, Livvie must abandon her strict friends-only rule for one night of reckless, wicked sex with the most delicious man she knows…

The first tasks are easy. Order the cheapest thing on the menu. No cell phone for twenty-four hours. No ogling Livvie's model friends. Check, check, check.

But when Ben heads to the tattoo parlor, Livvie realizes that Ben isn't just playing for one night—he's playing for keeps. Livvie won't sacrifice this friendship for anything—even for a night of enjoying this incredibly sexy man in every naughty position imaginable. And she'll do whatever it takes to protect their friendship and her heart, even if it means beating Ben at his own game. Even if it means playing really dirty…

I love these little novellas from Harlequin's Cosmo Red Hot Reads. Not only are they sizzling hot, but you also get a pretty satisfying romance as well. Tamara Morgan's Model Behavior was a fun little romp following Ben Meyers as he attempts to woo his best friend, Olivia. Unfortunately for Ben, he really doesn't stop to consider Livvie's feelings until it is almost too late. Olivia has seen the dark side of modeling and is convinced that she can never let her guard down with men. I thought Model Behavior was delightful. I loved watching Ben  pursue Livvie. Seriously, the man was on a mission. He would do anything to prove his love for Livvie and, while he doesn't really consider her feelings on the matter, he was still deliciously charming in my book. Don't get me wrong. He doesn't do anything harmful or neglectful, he is just very determined. As for Livvie, I liked her. I loved watching her try to seduce Ben to get it over with...only to get rejected every time. The slow building seduction was fantastic and I loved the Livvie's list. Model Behavior was a sexy, hot novella that I loved devouring. Now, I must find more books from Tamara Morgan...

Tamara Morgan is a contemporary romance author of humorous, heartfelt stories with flawed heroes and heroines designed to get your hackles up and make your heart melt. Ninety-nine percent of her information comes from television, movies, books, and all other pop culture activities that limit the amount of time she has to spend both in pants and in polite company.

Her long-lived affinity for romance novels survived a B.A. degree in English Literature, after which time she discovered it was much more fun to create stories than analyze the life out of them. She lives with her husband and daughter in the Inland Northwest, where the summers are hot, the winters are cold, and coffee is available on every street corner.

Tamara loves to participate in reader conversations, blog tours, and the occasional venture into public, so feel free to drop her an email at tamaramorganwrites@gmail.com. 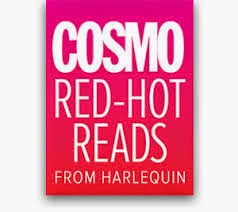