A visit with Amanda Bretz, author of Life of Privilege 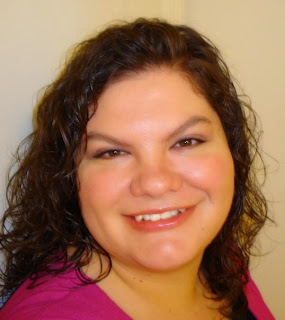 I'm pleased to welcome Totally Bound author Amanda Bretz today. Amanda is celebrating the release of her book, Life of Privilege, which was released earlier this month under Totally Bound's What's Her Secret line.

Take it away, Amanda!

I’m pleased to be a guest here at Crystal Blogs Books today talking about my new novel, Life of Privilege. Thank you for hosting me!

Choices and control are often themes found in romance novels. Usually they pertain to relationships between lovers, but choice and control issues can be present in any relationship: boss/worker, between friends or siblings and in parent/child relationships.

The themes of choice and control are explored in my latest release, Life of Privilege.

Katherine Dawson is a celebrity of the fashion industry that appears to have it all. In reality, her life is anything but her own. She has a tenuous relationship with her mother full of power struggles. Her overbearing mother tells her what diets to follow, which outfits to wear and even who to date.

One way I wanted to show how little power Katherine had over her own life was through body piercing. Because even her controlling mom understands the need for privacy where nudity is concerned, Katherine had her nipples and genitals pierced when she was eighteen. She feels like the only thing she has control over are the parts of her body that most people don’t see. For Katherine, getting pierced was the only way she could exert control. Her private parts were the only things she felt she had a choice about.

Writing about a character with body piercings was a little challenging for me, since all I have are pierced ears. I’ve wanted to get my nose pierced for years, but I can’t imagine going any further than that for fear of the pain associated with more sensitive areas being pierced. It took a bit of research on my part, but I am glad I didn’t shy away from it because I think it really helped show a different side to my character and shows the lengths she was willing to go to make her own choices. I hate to use the term control freak, I think it’s one of those overused blanket terms, but in the case of Katherine’s mother, it’s fitting.

Whenever there is a power struggle or someone allows themselves to be controlled, it’s so easy for that person to be perceived as spineless—or at the very least, a victim—I didn’t want either of those scenarios to be a reality for Katherine. So, I knew I had my work cut out for me in order for readers to sympathize with her history of being controlled, but still understand why she allowed someone else to take over basically every aspect of her life.

In real life, we’ve probably all known at least one person who lets someone else take advantage of them or control them to an extent. We may never fully understand their motives for that, but the wonderful thing about fiction is that it’s motive-driven, allowing us a peek inside the minds of characters and helping us to understand the why behind their actions.

I chose to give Katherine a strong sense of duty and it’s that duty her mother preys on throughout her life. As the sole heir to an apparel dynasty with a long history of success, Katherine spends most of her twenty-six years doing what she thinks is best for the family business, even when it means letting her mother rule her life.

Like most people, even the dutiful Katherine has her limits and the book starts with her leaving her life of high-pressure and fame behind. She leaves her glamorous lifestyle when she flees New York City and moves to Seattle. It’s not until she spends time laying low on the West Coast that she fully realizes everything she sacrificed for her family’s business and just how much control her mother used to have over her.

In the following scene, a simple trip to the Seattle Art Museum reminds Katherine of all the ways her mother used to rule her life and how early she began exerting that control over her.

They hit the art museum first and Katherine could have spent hours staring at the paintings. She got lost in the tranquility of a sunset in pastel watercolors and her heartbeat accelerated at the vibrancy of an abstract painting full of rich red and orange hues.

She closed her eyes and remembered one summer when her grandmother had taken her to the Metropolitan Museum of Art. Katherine had fallen in love with Monet and the desire to create had burned within her. She’d only been fourteen, but in that moment she’d known exactly what she wanted to do with her life. Her fingers had itched to hold a brush. She’d wanted to see the thick strokes of paint coat the canvas and become a creation under her control. Excited with the prospect of making art, she’d gone home and shared her epiphany with her mother. She chuckled to herself now as she realized how naïve she’d been.

“You want to paint? Don’t be ridiculous, Katherine,” her mother had scoffed at her. “I’ll not allow such a thing. You’re not going to the art store for supplies and don’t think you’ll ask your father behind my back.”

“But, Mommy, why? I want to create something. I want to make the world a more beautiful place by creating art.”

“Katherine, get that dreamy expression off your face. You’ll make the world a beautiful place by making clothes. Your father and I have already forged a path for you. Yet you want to be an artist Would you rather live in the Village in some cramped one-room apartment and starve trying to make it as a painter? You have a perfect life already as Katherine Dawson. You’ll be a clothing designer and you’ll take over the family business.”

Evangeline had put her foot down and Katherine had let it go. She’d never brought up her desire to paint again. Instead, she’d practiced the only type of art her mother had approved of. From the age of sixteen, Katherine had sketched each item of clothing that appeared in the fall and spring lines of Ivy and Plaid. Her mother had always gushed over her skill with a pencil and sketchpad. And for ten years, simply creating and sketching clothing had been enough for her. 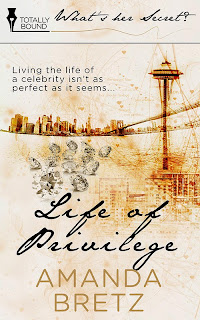 Living the life of a celebrity isn’t always as perfect as it seems.

Katherine Dawson was born into a life of privilege as the heiress to an apparel dynasty. Between judging a reality TV competition for budding fashion designers and having been the face of her family’s clothing line for most of her life, she’s one of the biggest celebrities in her field.

When she becomes engaged to up-and-coming television producer Nathan Taylor, she appears to have it all. To any outsider, she has a picture-perfect life, so when Katherine leaves her groom-to-be at the altar and disappears, the tabloids are full of speculation over her sudden departure.

Fleeing New York to hide out in Seattle, she quickly finds that living the life of an heiress in hiding isn’t as easy as she thought, especially after she meets a magnetic writer named Royce Reynolds. In her new life on the West Coast, she struggles to keep her anonymity, and experiences a relationship with a man who wants her for the person she is, not the celebrity she used to be. 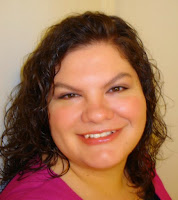 When not writing, Amanda can be found whipping up something delectable in her kitchen, spending time in nature or getting lost in a good book.

She resides in the beautiful Pacific Northwest with her husband, Brandon. 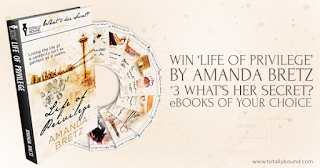