A visit with MK Schiller, author of The Other P-Word 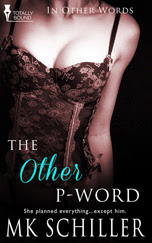 Please join me in welcoming Totally Bound author MK Schiller, who is visiting us today as she celebrates the release of her newest book, The Other P-Word.

Take it away, MK!

I’m often asked where I get my inspiration. Ideas – where do they come from? For me, a finished story is like a tapestry. It contains threads and strings woven together in a unique pattern. The raw materials come from real-life experiences, snippets of overheard conversations, or that funny tale you hear at a party that remains interesting long after the cocktails have worn off. I change the sequence of events and characterizations to suit my plot, but the best stories are the ones with an element of truth.

My first novel, The Other C-Word, starts with a humorous airport mix up. I took this story from my own life. My dear dad agreed to pick up a friend’s son from the airport. I didn’t like the idea of him driving such a great distance alone so I insisted on accompanying him, but this is not something you can just voice to a stubborn man like my father.

We were about ten minutes into the drive when my dad started to get frustrated by my concern. By the time we reached the airport, we were in raised voice mode – neither one wanting to give an inch, but horde a mile at the same time.

Now, I should explain my father had never met the man we’re supposed to pick up. We knew his age only. My dad takes out his cell to call Mr. Late Night Airport Pick Up. My dad introduces himself and explains we are parked outside the arrivals terminal. Mr. Airport Pick up tells dad he’s also outside. ‘I see him,’ I say, pointing to a young man on his cell phone a few feet from our car. We wave at him. He waves back. I get out of the minivan (my dad insists on driving even though his minivan years are behind him). I open up the hatch for him.

“Thank you for picking me up on such short notice.” The man greets us. At least he’s polite.

“Not a problem.” Yes, it was a problem, but I kept quiet about it, and we continued to make small talk as we headed to the loop that led to the expressway on-ramp.

“Do you like living in California?” Dad asks about ten minutes into the ride.

There’s a noticeable pause. “I live in Montana.”

Realization dawns in the dark interior of the vehicle as we all do a rapid double-take. Yep…we picked up the wrong man!

A big loop around the interstate, which must have depleted at least a gallon of gas, and we’re back where we started. It turns out Mr. Wrong guy was on his cell at the same time as my dad, but they weren’t talking to each other. In fact, Mr. Wrong guy was talking to his ride who he’d never met either. Mr. Right guy, meanwhile was still standing outside the gate, freezing his butt off wondering where the hell we were.
Dad and I were so mad at each other at the time, but that incident cracked us up so much that Mr. Right guy had reservations about getting in the car with two laughing loons. Eventually, Dad and I had a real conversation about my fears. Even now, when I think about what my family refers to as “the airport debacle of 2001”, I giggle. Humor has an amazing way of opening up conversations and creating comfort where none exists.

Although the scene is much different, this was the inspiration for Marley and Rick’s first meeting in my first novel, The Other C-Word. My daughter always says, ‘be careful what you say around Mom, it might end up in a book.’ That’s true. The best stories are the ones that feel real.

My new novel is the third in The Other Words Series. The Other P-Word, like the other books in the series, draws on my personal life. For instance, Billie is an aspiring romance novelist…I know, it’s a huge stretch of my imagination. Evan Wright is the sexy southern guitar-playing, motorcycle-riding bad boy that’s all kinds of wrong. But sometimes a girl needs a little wrong to feel right.

I wrung out my wet tresses, twisting my blonde hair into a tight bun as I waited in line. I blotted myself with napkins in a lame attempt to dry off while I waited for my order. The tables overflowed with people who, like me, sought shelter. Only one vacant seat remained.

His hair was damp, not drenched like mine. A helmet sat on the seat across from him. He wore wire-rimmed glasses and was flipping pages of a newspaper. For a moment I lost myself in him, until someone bumped my shoulder, nearly spilling my drink.

The large-mouthed cup complete with saucer chattered as I walked around the tight space.

“May I sit here?” I asked timidly.

He tilted his head and smiled, pushing the vacant chair out with his foot. Observing him at close range was worse than viewing him from afar. His eyes had the same luminosity as melting chocolate. A noticeable white scar on the chiseled planes of his jaw made him look dangerous. The boyish smile that elicited the slightest dimple disarmed me. But it was the natural tan he sported that invoked my curiosity. It wasn’t orange enough to be fake, but the weather in Chicago hadn’t reached tanning levels yet.

I set down my tray and picked up his helmet. It was heavier than I’d imagined. He took it from me.

“Thank you. The other seats are taken,” I explained. Although a mere glance could have confirmed my statement, he just nodded.

He snapped his fingers and pointed to me. “Graveyard girl,” he said, a trace of a southern twang coloring his words.

I tilted my head, trying to keep my smile from reaching ridiculous heights. “Is that what you call me?”

“In my head, but now that I say it out loud, it sounds creepy.”

“Yeah, it does.” I chuckled, holding out my hand. “Billie Price.”

He leaned over slightly. The scent of soap and peppermint was even more pleasing than the coffee. His smile held the lure of temptation—the kind of expression that made ordinary girls feel exceptional.

“I know it’s a strange name for a girl.”

“I like it. It sounds southern. Pleased to meet you, Billie Price. The name’s Evan Wright.” He tightened his grip on my hand. I always thought my hands were awkwardly large, but in that moment, my right hand looked tiny, almost dainty, clasped against his powerful one. He flipped my wrist, kissing the underside of it, causing a shiver that travelled down my spine straight to my toes.

“That doesn’t happen to me every day.” My voice sounded unnaturally squeaky. Did they pump helium through the vents? 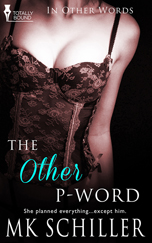 Suffering from a dark past, he lives his life with passion but no purpose. She planned everything…except him.

Billie Price has always had a plan for her life. On the surface, it all appears on track. But there has always been something missing. Even though she has a purpose, there is no passion to fuel it. Then she meets a mysterious stranger with a dark past. Except Evan Wright is all kinds of wrong—the tattoo-clad, guitar-strumming, Harley-riding modern day drifter is definitely not the right man for her. Yet she finds herself drawn to him and The Lost Souls’ Club—the eclectic bar where he works. As all her carefully strung plans unravel, Evan is there to comfort her. As their attraction grows, Billie can’t resist the temptation, even though Evan will leave in the fall. At least they have all summer together, not to mention the man knows how to narrate the perfect sex scene for the book she’s writing. But as she crashes into Evan’s world, Billie has to ask herself—can passion prevail when there is no purpose?

Publisher Note: This book is part of a series but can be read as a standalone novel, as can any of the books in the In Other Words Series.

MK Schiller is a hopeless romantic in a hopelessly pragmatic world. By day, she dons a magic cape, calculator (sometimes an abacus), and an assortment of gel pens for her work in the world of finance. But by night, she sits by the warm glow of her computer monitor, and conjures up handsome heart-warming heroes and the vivacious heroines they love.

A wife and mother of two loveable, but angst-ridden teenagers, she enjoys movies, gardening, and travelling. Although she loves to write, she is a reader first and enjoys nothing more than curling up with a good book and some tasty Italian (the food, of course!). She hopes you will enjoy her stories and write to her.

To enter Totally Bound's June contest for a chance to win an eBook of your choice (not including box sets and anthologies), click on the link below. 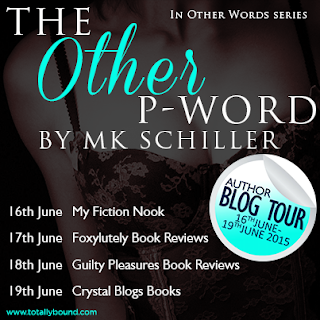