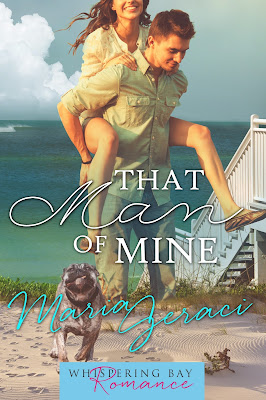 When Mimi Grant becomes mayor of Whispering Bay, she gets a whole lot more than she bargained for. Her biggest concern? The city’s annual festival is in financial ruin and the former housewife doesn’t have a clue how to fix things. But, she’s determined to bring the sleepy beachside town into the twenty-first century.

Hunky Police Chief Zeke Grant isn’t happy that his estranged wife Mimi has just become his boss. But for the town’s sake, he’s willing to swallow his pride and let her order him around—to a point. Everything aside, he doesn’t count on someone from his past coming back to haunt him, forcing him to reevaluate what’s really important.

While Mimi and Zeke continue to butt heads on how to get things done, there’s one thing they can’t help but agree on: their chemistry is hotter than ever. However, when a robbery threatens to derail the annual festival, some of the town’s residents question Mimi and Zeke’s ability to keep Whispering Bay safe—as well as keep their war-torn personal life out of civic business. Mimi and Zeke must team up to solve the crime, and decide once and for all if it’s time to move forward with separate lives, or if true love really does conquer all.

That Man of Mine, the third book in Maria Geraci's Whispering Bay series, was a wistful and romantic story between two characters that are fighting to save their marriage. I'm not sure why, but since my thoughts of the book are a jumbled mess, I'm presenting this review to you in bullet style.
I am quickly falling in total fangirl mode with Maria Geraci and her lovely books. They are all beautifully written with characters that I want to know in real life. Must read more...