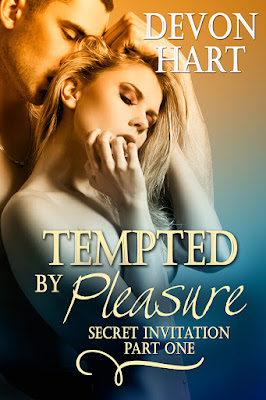 Nothing exciting happens to someone like me. I live between the lines, only dreaming about breaking the rules. My chance at love disappeared the night I left home to escape my old life.

Eight years later, I never expected that “old life” to resurface in my bookstore.

Foster Wagner is the type of man most women would crawl through fire or broken glass to possess. And judging by the way he’s staring, that danger goes both ways.

Note: Part Two will be released within the next few weeks.

OH my God. Foster is standing inside my store. The bastard just bought the most expensive item I have. What’s he doing here? Why didn’t I say something? Coward. That’s what I am. A total loser for not exerting myself. All those nights I spent staring at his photo—dreaming about him—wondering what it would be like to see him again. Hear his voice. And that face…

Well, I can’t let Katie see me falling apart. I’ve had eight years to get over that arrogant jock. I moved on a long time ago, right? Finished college and opened my store. And I have a bright future.
After all, who would turn down a chance to marry a man their parents picked out? I suck in a breath and open the door to my office, putting on my best I-don’t-give-a-shit smile.

“You’re still reading about sex clubs?” I’m surprised to find my best friend planted in my chair. “I have a stack of receipts to scan.”

Katie looks up. “Actually, I discovered something even more intriguing. Have you ever heard of sugaring?”

I hope she’s being sarcastic. “Mistresses?”

She nods. “Companions is the politically correct term now.”

“Oh,” I say, wondering why different labels convince people things are less diabolical then they truly are. “Sex for money.”

“In some cases. Maybe you should see if a sugar daddy can take care of that virgin problem.”

“I don’t need financial assistance,” I remind her. “I just want a night of mind-blowing sex, remember?”

“I have a confession.” Katie stands up, looking guilty. About what exactly, I’m afraid to ask.

“Remember what I said about that college thing some of our sisters getting involved with at that club?”

“I’ve maintained friendships with some of the people who are still active members. I wanted to help, Erin. I can’t live with the idea of Thomas being your first. I know how much you hate him. So I called in a favor and had that invitation sent to your house.”

I gape at her, completely caught off guard. I guess everyone harbors secrets. “Why didn’t you just say so?”

She smiles. “I wanted to make sure you made an informed decision without any influence from me. I want you to own this opportunity, to be in control.”

I don’t know whether to take it as a compliment or insult. But Katie doesn’t do anything half-ass, she’s gregarious. “Yes.” With Foster. But I don’t want to discuss this right now. Not with him only feet away. I need to think, alone. “There’s a new order of books in the storage room that need tags. Think you can handle it?”

“What?” I stand. “Did his credit card get denied?”

“No.” She shakes her head. “He told me he doesn’t like Poe and only bought the books to meet you.”
Katie clicks her tongue.

“I think he was flirting with you.”

“Do you remember his full name?” I ask.

“How could I forget?” She’s practically swooning. “Foster Everett Wagner.”

“The Foster Wagner?” As if I need confirmation. Eight years has only blessed him with more ruggedly handsome features and a body most women would crawl through fire or broken glass to possess. “Bastard.”

Devon Hart lives in the Pacific Northwest and loves to travel. Married to her biggest fan, her husband is the inspiration behind many of her super sexy heroes. When she's not hanging out with friends or in the garden, she can be found in her favorite spot in the house reading or writing her next story.