A visit with Shannyn Schroeder, author of Hold Me Close 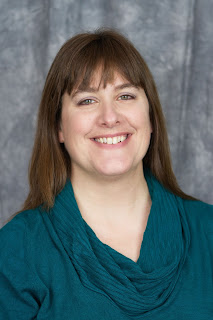 I am so excited to have Shannyn Schroeder here today. I adore her O'Leary's series and I am so looking forward to reading Hold Me Close, the newest book in the series that comes out tomorrow. Wait until you meet her heroes...

Take it away, Shannyn!

Shane Callahan. What can I say? I love him. Of all of the heroes I’ve written he might actually top the list. Shane is an all-around good guy. He just happens to have been in love with his best friend for years.

Shane was working at O’Leary’s Pub the night Maggie was raped and he blames himself for not paying closer attention. He and Maggie have remained friends and every time he planned to make a move to be more than friends, the timing was off.

While Maggie traveled the world, Shane stayed in Chicago, working construction with his dad while waiting for the Chicago Police Department to call so he can hopefully become a cop.  When Maggie comes home, he’s determined to be there for her in every way possible, including working unpaid shifts at the bar with her and living in an unfinished apartment next door. He’s going to make sure she’s okay even if it means he never sleeps.

Once they are settled, Shane hopes to make his move. He never expects Maggie to ask him to sleep with her as an experiment to see if she can. It’s his dream and nightmare all rolled into one. If they succeed, Maggie plainly says she knows she’ll be able to find a boyfriend. If they fail, both he and Maggie might not be able to live with the regret.

But Shane will do whatever Maggie needs because he loves her. As things move forward with Maggie, Shane realizes that he might not be able to go back to just being Maggie’s friend. He wants it all with her. Can he convince her that they’d be great together as a couple?

As they negotiate what a relationship will look like for them, both Maggie and Shane learn to let go of the past and open themselves to each other completely.

Maggie spent the next two days working on her portfolio and talking with Moira about job prospects and possibly even going back to school. She worked her shifts at the bar and made good tips, and didn’t have any more episodes. All in all, life was good.

Except for the whole no boyfriend, no dating, no sex thing. And to top it off, she kept seeing Shane in her dreams. She decided it was time to do something about it. She grabbed a six-pack of beer and knocked on Shane’s door. Getting things out in the open would be best. Even if he thought she was crazy for thinking they should sleep together once as an experiment, at least then she could put the fantasies to rest.

The radio blared on the other side of the door, and Maggie thought that maybe he hadn’t heard her knock. She raised her hand again and the door swung open as her fist came down. She looked like a cat batting at toy. Shane stood in the doorway, shirtless—like that was going to help rid her of crazy dreams. He walked to the radio and turned it down.

“Hey. I brought you some beer.”

“Do you mean you swiped some beer from downstairs?” he asked with one eyebrow up.

She wrinkled her nose at him. “No, smart-ass. Want to see the receipt?” She really hoped he didn’t ask for one since it didn’t exist even though she’d paid for it. She hadn’t swiped the beer, but it came from the bar’s stock.

He opened the door wider. “Is it cold?”

“Who the hell would show up with warm beer? That would be like saying, here, have a brownie, and throwing a box at you.” She walked past him and took in the sight of the apartment. It was completely bare.

He closed the door behind her and took the beer from her hand. Setting it in the fridge, he took one bottle out and drank. “Does this mean we’re good?”

“You seemed a little snippy after dinner the other day and you haven’t said two words to me since.”

He had her there. She was still mad when they worked a night shift together, but then she hadn’t seen him. “I was, but I did some thinking and realized you were right.”

“Whoa.” He held up a hand and pulled his phone from his pocket. His thumb scrolled through the screen. “I gotta have an app for that.”

“I need to record you saying that. Not only will I replay it every time we argue, but I’ll play it for my sisters when they tell me I don’t know anything.”

Maggie rolled her eyes. “Shut up.”

She walked through the living room and decided maybe this wasn’t a good idea. He had nowhere to sit.

“Are you done working?”

“Want to come over and watch TV?”

“Cool. Let me take a shower and I’ll be right over.”

She nodded and went back to her apartment. Suddenly, her stomach began to flip. Why was this making her nervous? Then she realized she didn’t know what the outcome would be. She didn’t know what Shane would say, which went against the way she liked things.

If he agreed, how would they proceed? Would they have sex now? Tonight? No, she hadn’t even shaved her legs and she was wearing her old college sweats. This was just conversation. She would feel him out.

Grabbing a Coke from the fridge, she checked her cabinets for snacks. What do you serve a guy you’re going to ask to sleep with you? Chips? Cookies?

Maggie took a deep breath. She was overthinking. This was Shane, and she’d always been able to talk to him about anything. She settled on the couch and turned on the TV. About fifteen minutes later, there was a thump against her door.

She got up and looked through the peephole. Shane. She unlocked the door.

“You knew I was coming over. Why’d you lock it?”

“Probably a good idea. I just thought you would’ve left it open for me.” He walked into the kitchen and put two bottles of beer in her refrigerator. “Shoot. I didn’t know you still had some.”

“I don’t drink it. And you’re the only person I’ve had over, so there’s beer.” She sat back on the couch and waited for him to join her. When he did, she took a moment to drink in the sight of him.

He was all clean, no sign of sawdust or drywall mud on him. The crisp scent of soap tickled her nose. He wore an old T-shirt that had seen better days. The collar had been cut and the hem at the bottom was frayed. Like her, he wore loose sweatpants.

“Before we pick out a show to watch, I want to talk to you about something.”

He took a drink of his beer and watched her. “Is this the real reason you got me a six-pack?”

“No.” She looked at a spot over his shoulder and tried to get the words right so he could understand. “You know I’ve been trying to date. And the part I was telling you about, how I’m still not all myself?” She blew out a breath, puffing her cheeks out. “I’m afraid of wasting my time. What if I find another great guy and I still can’t have sex? It’s not fair to either of us.”

“What are you getting at, Mags?”

She held up a hand, and when she felt it wobble she tucked it between her knees. “I might be. I just want to know.”

He set his beer on the table and leaned closer.

She licked her lips, closed her eyes, and jumped in. “You’re the one person I’ve always been able to count on, other than my family. I feel safe with you.”

“I’m glad.” His hand landed on her thigh.

She opened her eyes and looked into his. “Would you be willing to have sex with me?”

His entire body froze. “What?” 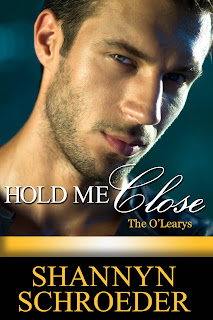 Maggie O’Leary is finally coming home to Chicago. After more than a year in Ireland, she’s ready to make a plan for her future. But first, she’ll have to confront the tragedy that scarred her so deeply. Asking for a job in the family bar is the first step, and it’s one her family isn’t entirely happy about. At least Shane Callahan, her best friend in the world, is behind her a hundred percent. He’s also a hundred percent more lovable than she remembered…

Shane is determined to keep Maggie safe, even if it means working three jobs and giving up sleep to be around during her shifts at the bar. But when Maggie boldly tells him she needs more than a loyal friend now, Shane knows a single night together won’t be possible. The idea of spirited Maggie in his bed is electrifying, but will she believe he wants to give her his heart, too?