A visit with T.J. Kline, author of Close to Heart

I am so excited to have the lovely T.J. Kline here today. To celebrate the release of her new book Close to Heart (which comes out today!), T.J. is here to give us an insight to the characters in the Healing Hearts series.

Justin Hart
Justin is a cowboy through and through with a machismo engrained since childhood. As the oldest sibling of two sisters, and a cousin his parents raised, he’s taken the role of patriarch of his family seriously – sometimes a bit too seriously for their liking. But there isn’t a man more loyal to those he loves and he would take a bullet for any of them. Like his sister, Jessie, he tends to be short-tempered and stubborn but he is drawn to those hurting, whether animal or human and seeks to bring healing.
  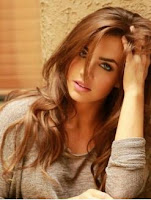 Alyssa Cole
Alyssa thought she had it all until her world came crashing down around her. As an acclaimed actress, she trusted her career to her agent (turned husband) only to find out she was being played for a fool. Pregnant and alone, she is forced to stand on her own and recognize her ex-husband’s emotional abuse. She is a strong woman who has allowed an overbearing man too much control and finds that strength in herself again.
  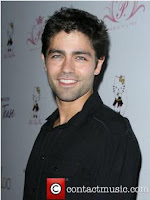 Elijah Cole
One of the top agents in Hollywood, thanks to his wife’s success and funding, Elijah Cole is used to demanding his way and having people jump to do his bidding, including his mistresses and his wife. That’s the way he likes it. But when he’s caught cheating, he makes a rash judgement he regrets. Now, he’s got to figure out a way to get his wife back before it turns into a media spectacle that puts him in the wrong light.
 

Bailey Hart
The youngest of the Hart clan, Bailey was raised, for the most part, by her aunt and uncle when her mother ran out on her father. Since he was working eighty hours a week just to keep food on the table, she grew up with her cousins, like another sibling. Headstrong and rebellious, she has always been the wild-child of the bunch but she adores her family and is loyal to a fault. But she never lets that adoration get in the way of giving those she loves the out-spoken, blunt truth.
 

Jessie Hart
Being the middle child, Jessie has always felt she had something to prove, especially after her parents’ death when she took over the family ranch. Determined and just as stubborn as her brother, she’s grown up working the ranch and knowing how to “cowboy up” in order to get the job done. Now, this horse “whisperer” is able to operate Heart Fire Ranch as a horse rescue and rehabilitation program and has discovered the love she thought she’d lost years ago.
  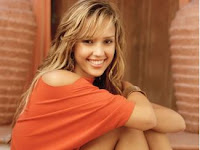 Julia Hart
Julia has faced a demon in her past, and he left her hospitalized and emotionally broken until, with the help of her service dog, Tango, she was able to learn to cope with her PTSD. She has always had a desire to help others and trains service dogs. She is often the “voice of reason” for the rest of the family and often serves as the mediator when tempers flare in this passionate family.


 *Crystal Blogs Books does not own the rights to ANY of the above images.

It only took an instant for her world to come crashing down…but Heart Fire Ranch is a place of new beginnings, even for those who find their way there by accident

As the only veterinarian in town, Justin Hart doesn't have time to think about romance. So when A-list actress Alyssa Cole crashes her car outside his clinic, it's entirely unexpected when there's a spark between them he can't ignore. Still, she's a movie star, and he's just a small town cowboy.

Alyssa has learned the hard way not to believe first impressions, especially not in Hollywood. But, 400 miles from her former life with nowhere to go and no one to turn to, she places her trust in the handsome vet who comes to her rescue.

There's no denying the connection between them, but when Alyssa's past shows up at the door, will their new relationship be able to withstand the storm?

Alyssa hung up before Franklin could ask any more questions and made her way down the hall to where Justin waited, feeling as if she was carrying too many burdens on her shoulders. Until calling Franklin, she’d been avoiding facing the reality of her situation—her marriage was over and she was on her own. There was no turning back. The only real decision left to make was what she would ask for in the divorce, for her and their child. It was enough to deal with finding out her husband was cheating on her, had been for almost the entirety of their marriage, but to have him cast her and their child aside, to know the apathy he felt for their child, hurt too much to bear.

“Would you like tea or water?” Justin asked as she came into the kitchen. Two sub sandwiches sat on the table as he opened the refrigerator. When she didn’t answer, he looked back at her over his shoulder. “You okay?”

She was tired of keeping secrets, but she wasn’t sure how much she could tell Justin. She didn’t know him, not really. He turned toward her as if waiting for her to say more, his eyes seeking hers, and she imagined she could see empathy in them.

“Things sounded a little heated in there for a minute.”

If he thought that was heated, he would have been shocked to hear Elijah when he got started about how she didn’t want him to be successful just because she dared to question his decision to sign on to represent yet another new young actress. She suspected, now, he’d wanted to do far more than “represent” them, but she couldn’t prove it. And, after her last confrontation with him, he’d probably throw it in her face just to hurt her.

Justin had been kind to her, rescuing her and giving her a place to stay. She knew he didn’t really need her to work in the clinic and was just using it as a way to help her out. He was more tender than Elijah had ever been with her, treating her like a porcelain doll that might break.

Other than that kiss.

Just the thought of his kiss made her body hum to life. The mere brush of his lips against hers had set her body aflame, making her want to pull him down onto the bed with her. His touch made her forget the years with Elijah, the emotional turmoil he caused, the pain of his rejection, making her wonder how real her marriage to Elijah had actually been, if there had ever been any passion in it. She slid into the chair at the table and buried her face in her palms, trying to stop the tears from burning her eyes.

“Hey.” Justin moved to the chair beside her. “It can’t be that bad.”

Alyssa looked up at him, trying to keep the tears at bay. “Are you kidding?” She couldn’t help the bubble of irrational laughter that fell from her lips. “I’m eight months pregnant and I just found out my husband has been sleeping with every woman in Beverly Hills for over half of our marriage. Not to mention that I have no money, no career, and he kicked me out of our house.” She threw up her hands and rose to pace the kitchen as the truth fell from her lips unbidden. “I have nothing. Even that car is in Elijah’s name.”

“Was that who you were talking to?”

“No, I called my friend. He’s a lawyer.” She slid her hand over the top of her stomach. “I wanted to find out my options.”

“He suggests I ‘divorce the no-good bastard.’ ”

Alyssa faced him, running her hand over the side of her stomach as her baby kicked against her hand. “I wish it were that easy, trust me. But how am I supposed to support us, where are we going to stay? I was on my way to my parents’ house last night after he kicked me out.”

Justin rose and moved toward her. His hands cupped her face gently, tipping her gaze up to meet his eyes. “Your husband is an idiot. He has no idea what he’s giving up.”

Her parched heart soaked up his words. After listening to Elijah’s criticisms for so many years, it was like rain on a desert plain.

“You’re welcome to stay here as long as you need to. That’s probably the only way I can help you.” He smiled and tucked a stray lock of hair behind her ear. “Unless you want me to kick his ass? I’d be happy to do that for you.”

She laughed quietly. “I appreciate the offer, but that’s probably not in your best interest. I don’t have the money to bail you out of jail.”

The dimple cut into his cheek as he gave her a lopsided smile. “Then I guess the ass-kicking is going to have to wait.”

Alyssa couldn’t look away from his hypnotic blue gaze. He saw her, really saw the woman inside. He didn’t see her as a movie star. He looked past that to the hurting woman beneath. His nearness seemed to demolish every protective barrier she’d erected over the past six years. He made her feel wanted and worthy.

Alyssa didn’t think about what she was doing as she slid her hands to the nape of his neck, pulling him toward her, their mouths exploring, seeking. Justin’s kiss was tender, far gentler than she wanted him to be. Her fingers dug into the hard muscles of his shoulders and he responded. His hands slid into her hair, while his tongue teased hers, tasting her, his teeth nipping at the corner of her full lips.