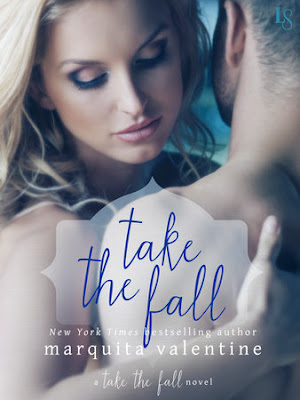 As a teenager, Seth O’Connor went to jail for a crime he had nothing to do with. He took the fall to protect the girl he loved, but the cruel realities of prison hardened him. After doing his time, Seth shuts her out and enlists in the Marines—until his grandmother’s funeral forces him to come home and face Rowan Simmons once again. The woman she’s become puts all his high-school memories to shame, and Seth wants her more than ever. Can he be honest about why he denied her for so long?

After Seth pushed her away, Rowan swore that no man would ever hurt her again. But the boy who broke her heart has become a sexy Marine, capable of fulfilling her every desire—and now that he’s back in town, old feelings are simmering to a boil. Rowan wants to stay strong, even as her body surrenders to his expert touch. She only hopes that by taking him back, she can finally help heal the wounds that drove them apart.

Take the Fall was a beautiful and emotional second chance romance between a Marine and the woman whose heart he foolishly broke seven years ago. I cherished every moment I spent with Seth and Rowan. I loved watching them dance around each other. I grinned as Seth slowly wore down Rowan's defenses. And can I just say... Those letters at the end... Oh, my gosh! I cried like a baby. Marquita's writing was fantastic. Her characters were so beautiful and felt real. Seth... Oh, Seth. I just love a character that is so hell bent on winning someone back that he'll do just about anything for her. Poor Rowan... Her heart is telling her one thing and her brain is telling her another. Both Seth and Rowan are incredibly strong. I just wanted to hug them and celebrate with them. I am so excited that Take the Fall is the first book in a new series. Wee! All throughout Take the Fall, we're treated with little glances into the chemistry and connection between Piper and Jase. I cannot wait to see Piper come out of her shell as she and Jase fall in love. Swoon!! 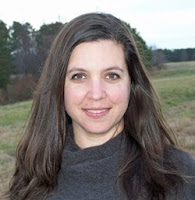 Marquita Valentine is the New York Times and USA Today bestselling author of the Holland Springs and Boys of the South series, having sold more than a quarter of a million books around the world. She’s been called “one of the best new voices in romance” (Guilty Pleasures Book Reviews) and her books have been praised as “sexy, fun, and slightly addicting” (The Book Queen). When she’s not writing sexy heroes who adore their sassy heroines, she enjoys shopping, reading, and spending time with her family and friends. Married to her high-school sweetheart, Marquita Valentine lives in a seriously small town in the south with her husband, two kids, and a dog.