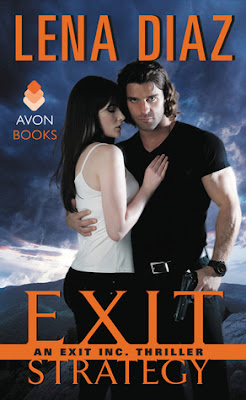 Lena Diaz launches her thrilling new series featuring the undercover vigilantes of EXIT Inc. with a skilled operative putting his life—and his heart—on the line for a woman in trouble...

When Sabrina Hightower awakens to the sound of an intruder, she figures he's there to rob her, murder her— or worse. She doesn't expect to be carried off by a muscle-bound stud with male-model good looks... or that he came to rescue her.

Mason Hunt became an enforcer with EXIT Inc. to eliminate the bad guys—terrorists, militia groups, all those who would do America harm. But his latest target is innocent. If EXIT could lie about sultry, strong-willed Sabrina, what darker truths might they be concealing?

Going rogue in the rugged North Carolina Mountains, Mason risks everything to keep Sabrina close, especially now that EXIT's lethal assassins are chasing them down. The heat is on... but it's nothing compared to the slow burn of seduction.

He stared at the ground for a long time while Sabrina watched him. He still hadn’t told her exactly how he’d gotten the scars. She hoped he would tell her someday…if indeed there would be a someday for them. If she even had a future. A shiver went up her spine and she couldn’t help but feel that something very bad was about to happen.

Mason held his hand out toward her, with no signs of the darkness that had come over him just moments ago.

“I’ll cook us a mean breakfast,” he said, his southern accent deliciously swirling the words together.

“I thought you already had breakfast? I had a bowl of cereal.”

“I worked off all of those calories. I’m hungry again.”

His sexy wink had her face flushing hot. She cleared her throat. “I also thought you couldn’t cook.”

He let out an exaggerated sigh. “Technicalities. I’m sure between the two of us we can figure something out.”

They started to pass the truck on the way to the house, when Mason pulled his hand out of hers. “Wait, I left my watch in the tack room.”

Because he’d taken it off for shower sex. She sighed dreamily. He winked, apparently knowing exactly why she’d sighed, and bent down to kiss her.

The deep-throated bark of a gun shattered the morning. A shower of wooden splinters rained down from the side of the barn, right where Mason’s head had been a half-second before he’d leaned down to kiss her.

He swore and grabbed her, throwing her to the ground as more shots rang out.

“Where are they coming from?” she yelled, as he scrambled backward and yanked her behind the barn with him.

“The house.” A beeping noise sounded from inside the tack room. “And that would be my perimeter alarm going off. Damn it. I screwed up. I shouldn’t have taken off the watch.”

“I’ll try not to take offense at that ‘screw up’ statement since I’m the screw-up.”

He winced and pulled her farther away from the corner as more shots cracked against the barn. “Sorry,” he said, as he grabbed his gun. “Didn’t mean that the way it sounded.”

She raised her leg and grabbed the Sig out of her ankle holster. “You’re forgiven, if you get us out of this alive.” Another shot burst through the wood right beside her shoulder.

Mason grabbed her and pulled her down closer to the ground. “We’ve got to get out of here.” 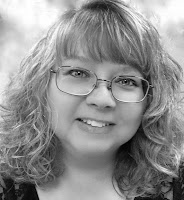