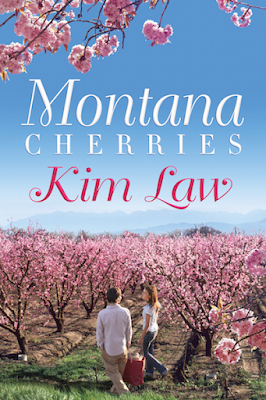 After her mother’s tragic death, Dani Wilde had no choice but to abandon her dreams. She left Columbia University and returned to her family’s Montana cherry farm, intent on being a maternal figure to her brothers. Now the kids are grown, and it’s finally her time to fly. Her sights are on New York City, and nothing will stop her—not even an old flame with gorgeous green eyes.

Celebrity photographer Ben Denton hasn’t seen Montana in years—and hasn’t spoken to Dani since “that night” so long ago. When he discovers he’s a dad to a four-year-old—and the child’s mother refuses to care for her—Montana and the Wilde farm spring to mind. The orchard is the only place that’s ever felt like home, but will the warmth of the Wilde family be enough to help Ben figure out how to be a father?

As the Wilde family gathers for the yearly cherry harvest and Dani struggles to figure out what she really wants in life, she discovers the shocking truth about her own mother—and learns that following her heart may lead her to her dreams after all.drama, his own family may be hiding something that could ruin their rekindled romance for good.

Kim Law's Montana Cherries is a beautifully complex story of love, family, and the emotions that bind to two. Kim's characters are so very real and lovable. My heart crumbled for Dani. She'll do anything for her family, even if it means putting her own life on hold. Now, just when she is ready to step out on her own, she is blindsided by the truth about her mom. As her true memories come flooding back, she's rocked to her core and left breathless. After his four year old daughter is left on his doorstep, Ben is clueless about how to raise her. All he knows is that he is determined to do a better job with her than his mother did with him. Back under the same roof, Ben and Dani can't resist the attraction that still lingers between them even after so many years. Ben helps Dani heal and rebuild the relationship with her family, while Dani helps Ben become a loving parent. As time passes, hearts are healed and the bonds of family are strengthened.

I adored Montana Cherries. I loved the real portrayal of the Wilde family. Things are not good for them for the most part, but you get a feeling that it will get better as the book progresses. I didn't realize this until I was almost finished with the book, but it reminded me a lot of the relationship between my mom and my grandmother. That made me really connect with Dani as she starts to remember more about her childhood. I cried along with her as she confronted her brothers and father. I cheered her on as she made the steps to freedom. And as she realizes that dreams change, I was right there with her. I loved watching her reconnect with not only Ben, but also with her own family. I have a inkling that Montana Cherries will stay with me for quite some time.

As a child, award-winning author Kim Law cultivated a love for chocolate, anything purple, and creative writing. She penned her debut work, “The Gigantic Talking Raisin,” in the sixth grade and got hooked on the delights of creating stories. Before settling into the writing life, however, she earned a college degree in mathematics and then worked as a computer programmer. Now she’s living out her lifelong dream of writing romance novels. She’s won the Romance Writers of America’s Golden Heart Award, has been a finalist for the prestigious RWA RITA Award, and has served in varied positions for her local RWA chapter. A native of Kentucky, Kim lives with her husband and an assortment of animals in Middle Tennessee. 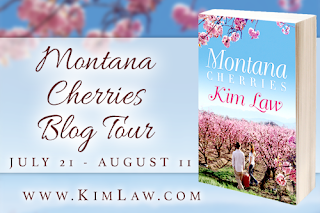