A visit with Ashley Suzanne, author of Raven 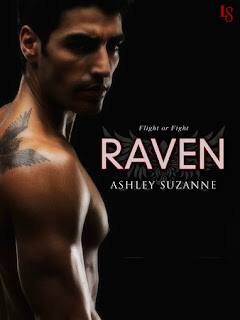 Please join me in welcoming author Ashley Suzanne today as she celebrates the release of her newest book Raven, the first book in the Flight or Fight series.

Take it away, Ashley!

Look at me, being all fancy and getting invited to do a guest post for Crystal’s Book Blog.  I know you’re probably thinking … “OMG, this author must be pretty amazing for Crystal to get a guest post” but you’re wrong … Crystal is the amazing one for allowing me this pleasure.  I see so many guest posts for blogs and more often than not, it’s the same thing over and over … so I’m gonna switch it up … instead of telling you all about me and my books, I wanna talk about some snazzy reads I’ve picked up over the summer.  They do span a few different genres, but I think there’s a rec in here for just about everyone … unless you like toaster porn … then I have nothing for you … sorry.

Ashley Suzanne’s Top 5, read them NOW, if you don’t you’re missing out and I’m going to make fun of you daily, TO READ LIST!!!  Seriously, if you haven’t read these 5 books, you need to get them on your TBR as soon as possible … and by ASAP, I mean like right this moment … because … AMAZING!!!

5 – Code of Honor by Missy Johnson … Yep … we’re talking mafia and romance and violence and sexy times and all around good writing … just came out a few weeks ago and I devoured it in one sitting.

4 – Verite by Rachel Blaufled … You got it … such a different type of New Adult and College romance that strikes true for almost every reader alive … and the words … holy mother of God, the freakin words!!!

3 – The Aces MC by Nicole Jacquelyn … Not just one book in the series, but the entire effin thing … bikers, violence, alpha men and some of the hottest scenes known to man … do NOT pass these up


1 – Thicker than Blood by Madeline Sheehan and Claire C Riley … is my ALL TIME FAVORITE!!!!  The end of the world shouldn’t even stop you from reading this book … buy it, devour it, read the sequel, thank me later … AMAZING!!! 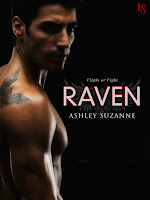 In the debut of Ashley Suzanne’s blistering-hot Fight or Flight series—perfect for fans of Monica Murphy and J. Lynn—two sparring partners put their hearts on the line and push their bodies to the edge.

Rian Fields is done being a punching bag. When Rian was thirteen, her only friend walked out on her, leaving Rian alone to mourn when she lost her mother three years later. Then he came back into her life senior year, igniting new desires—and breaking her trust permanently when he enlisted in the army. Now Rian has finally found an outlet for her rage against the world: mixed martial arts. But just as she’s learning the ropes, Garrett Rhodes turns her life inside-out one more time.

As much they hurt each other, Garrett never got over Rian. So when he gets the call that she’s in jail, he bails her out, no questions asked. The years have toughened her. Made her harder. Sexier. All she needs to make it as an MMA fighter is the right coach, and Garrett’s man enough to train her. He just has to go toe-to-toe with “Raven,” the fearless woman who takes control in the ring . . . without falling for Rian, the vulnerable girl who still drives him crazy.

Ashley Suzanne has been writing for as long as she can remember. As a youngster, she was always creating stories and talking to her imaginary friends. Thankfully, her parents also carried this love of fiction, and helped her grow into the bestselling author she is today. When Ashley isn’t coming up with her next story, you’ll most likely find her on the couch, telling her husband all about her new book boyfriend, or spending quality time with her two gremlins . . . er, adorable children.