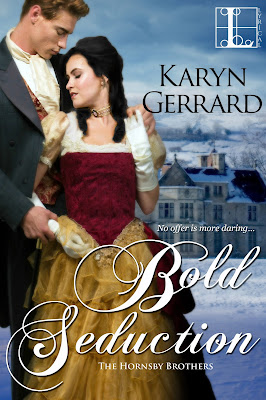 No offer is more daring…


Passion. Seduction. Pleasure. These are the qualities of any courtesan worth her salt. As owner of The Starling Club, London’s most notorious house of ill-repute, Madame Philomena McGrattan has seen it all, heard it all, done it all. There is little that surprises her anymore, and even less that excites her. So when she is presented a chance at an irresistible seduction, she can’t help but rise to the challenge.


Studiousness. Practicality. Discipline. Such are the attributes of a good scholar, and such are the principles Lord Spencer Hornsby has built his life around. Alone in the Welsh countryside, with only his wolfhounds for company, Spencer has thrown himself into his work. There is little time for the pleasures of society, not even to think of the joys of the fairer sex. But when an unexpected guest arrives at his isolated hunting lodge, Spencer cannot help but be baffled by the presence of this dangerously beautiful woman. And when he discovers the reason for her arrival, and the pleasures she promises, he cannot help but find himself irresistibly intrigued . . .

Finally, he asked, “And who are you, her replacement?”

Her? A housekeeper? Should she pretend to be a servant? Bugger that. “Hardly. I believe the old hag had plans to leave anyway as her bag was packed and at the ready. I’m here at the invitation of two of your acquaintances. Mr. Jacob Williamson and Mr. Clive Christopher.”

The professor frowned. At least she thought he did. It was hard to read his expression under the wiry thatch of hair surrounding his mouth. He rifled through a pile of unopened correspondence. “Oh? I do not recall any recent note from those gentlemen.”

“I believe I am to be a surprise present for your birthday tomorrow.”

His owl eyes blinked rapidly as if he could not process what she said. “I do not require a maid, though you tell me Mrs. Brickell has departed. It appears I could use a housekeeper…”

He had absolutely no idea why she came to him. His mind did not even consider the fact it could be for carnal reasons. What a sheltered life he must lead. “I’m no servant, though you need tidying up as much as your home does. You bear a striking resemblance to a painting of a French Canadian trapper I saw in a book once. All wild and shaggy—all that is missing is the plaid coat and the beaver pelts.” She gave him a sweet, smug smile.

With his lips pressed into a straight line, he sat back and regarded her. “Oh? You read a book once?” His elegant voice dripped with self-righteous sarcasm.

“Touché, Professor. Well aimed. A direct hit.” Phil pointed to the dogs who still stared at her. Their unblinking attention followed her every minute move. “Should I be afeared for my life? Your animals are intimidating.”

“Justinian. Theodora. Easy.” The hounds relaxed at his command, laying their heads on their paws. “They are Irish Wolfhounds. ‘Gentle when stroked, fierce when provoked.’”

Phil placed a hand on her hip. “Does that saying apply to you as well, Professor Hornsby?”

Did he smile slightly? Again, hard to tell under the facial hair. Phil pulled a chair toward the desk and placed it a few feet away. She raised one leg to the chair.

“Now, I don’t claim to be a blue-stocking, but I am able to read.” Phil grasped the hem of her green striped gown, and with a slow, deliberate movement, raised it past her ankle boots. She glanced at the beast behind the desk. His gaze remained steady as it slid down to where she continued to raise her petticoats to reveal one of her shapely legs. At least she’d been told they were shapely. No matter. Running her hand over the sheer white stocking, she lingered near her silk garter. “I do not think they are blue. You better come closer and inspect the shade of my stockings for yourself…Professor.”

He coughed and looked away. She made him uncomfortable, and she would wager to guess--a little aroused. No sound could be heard in the room except a whimper from one of the dogs and the huge clock in the corner ticking away the awkward minutes.

Hornsby faced her. “Who are you, madam, and why are you here?”

She continued to fondle and caress her leg, and having the unkempt man watch her caused a slow roll of heat to travel through her. Again, his voice. Like molten gold or a cello played by a master that vibrated with life, power, and resonance.

“My name is Philomena McGrattan. I am indeed a madam and hired to relieve you of your virginity.”

There was no further reaction from the professor whatsoever. This did not bode well. 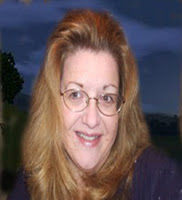 Karyn lives in a small town in the western corner of Ontario, Canada. She whiles away her spare time writing and reading romance while drinking copious amounts of Earl Grey tea. Tortured heroes are a must. A multi-published author with a few bestsellers under her belt, Karyn loves to write in different genres and time periods, though historicals and contemporaries are her favorite.

As long as she can avoid being hit by a runaway moose in her wilderness paradise she assumes everything is golden. Karyn’s been happily married for a long time to her own hero. His encouragement keeps her moving forward.