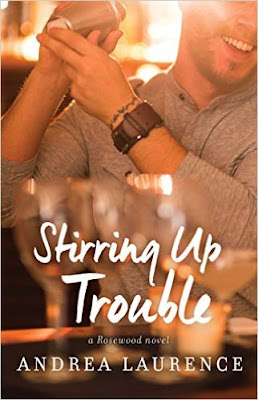 When a prim and proper baker and a laid-back bartender have a neighborly disagreement that gets them both in trouble with the law, a sweet reconciliation is stirred up in the playful third romance in Andrea Laurence’s sexy Rosewood series.

Maddie’s life is perfectly sweet. Her bakery’s tasty treats are rising to the top of every must-have list in town, and her commute is just a block away by foot. She loves everything about her little downtown Victorian bungalow—except for her unbearably noisy neighbor, Woody’s. The bar’s obnoxious and sexy owner, Emmett, seems to live to aggravate Maddie. But he mostly thinks she could use a stiff drink to dislodge the stick up her ass. He’s just trying to run his business. Bars stay open late, they play music, they serve alcohol. If she doesn’t like it, why did she buy a house across the street?

When Maddie and Emmett’s battle lands them in front of the local judge, they’re ordered to do several weeks of community service cleaning parks and painting over graffiti. As they scrub away the latest works of art by the town’s anonymous “Penis Picasso,” the baker and the bartender slowly begin to see there’s more to each other than meets the eye. So what happens if they wave the white flag and surrender into each other’s arms?

A message from the author...

Hey everyone. I’m excited to be here today to tell you about my latest sassy, sexy Rosewood romance – Stirring Up Trouble. This is the third book in the series, featuring the great characters you’ve grown to love and a few you’ve grown to hate. This book features Chamberlain sister and prissy princess, Maddie. She’s purchased an old Victorian home across the street from the town bar, owned by laid back bartender, Emmett Sawyer. These two couldn’t be more different, from the hours they keep, to their ideas of a good time, but sometimes opposites attract and for these two, it’s explosive. But first, they’ve got to stop trying to make each other miserable and that’s going to require the help of the town judge, some sweet treats and the infamous town vandal, the Penis Picasso. Here with me today are Maddie and Emmett. We’ve asked them what sweet treat or frosty drink reminds them of one another, so I’m going to turn it over to them!

Maddie: It just so happens that it’s also Emmett’s favorite treat, but I’d say he’s one of my homemade MoonPies. Now, for those of you who’ve had a MoonPie, they don’t look like much of a gourmet treat on the outside and frankly the ones you get at the gas station really aren’t. They’ve got a reputation as being a little country - but like Emmett - looks can be deceiving and the MoonPies I make in the shop have so many layers of surprising, refined flavors. They’re made with homemade marshmallow cream, sandwiched between freshly baked gingersnap cookies. Then I dip them in a dark chocolate ganache and sprinkle the edges with some crushed, candied pecans. They’re a little spicy and very sweet, just like Emmett. I just can’t get enough of him.

Emmett: Hey, folks. So, if I had to sum up Fancy in a drink... she would be imported French Champagne. The good stuff, not some knockoff sparkling wine. She would be a little sweet, a little dry. If you’re not used to her, she can give you a headache. Some people thinks she’s too fancy for everyday consumption, but once you’ve tasted her, nothing else quite measures up. That’s my Maddie in a glass.

Her eyes widened as he used his new favorite nickname for her. He didn’t know why it would offend her. She was a fancy pants, through and through. “I don’t have a problem.”

“Yes, you do. You think you’re so much better than everyone else, but you’re not. So what? You studied in Paris. Estelle was a self-taught baker using her grandmother’s recipes, and her chocolate chip cookies were better than yours.”

Maddie gasped. “My chocolate chip cookies are made with vanilla beans from Madagascar and chopped milk and dark chocolate from Switzerland!”

“It’s a cookie, not a piece of art that needs provenance to display in a gallery. Some people just want what’s familiar. Nobody’s grandma used vanilla beans from Madagascar. Importing all that fancy stuff might make you feel special, but it doesn’t make you better. Frankly, I think it would hurt your bottom line. You think you’re going to pay back your daddy for this place while you blow money on embossed pink pastry boxes and imported chocolate? This isn’t a patisserie on the Champs-Élysées, Fancy Pants. You might think it sets you apart, but to be successful, you need to know your customer. People around here don’t care where Madagascar is, much less if that’s where your vanilla comes from.”

“People want high-quality products, and that’s what I’m going to give them. My clientele is a little more sophisticated than yours. I suppose you’re well versed in your customers and what they want, right? Beer and football.”

“Damn right, and that’s what I give them.” Emmett turned to face her and leaned down so she heard every word he said. “They want a place to relax and unwind. They want to watch sports and listen to music. You might think that I started bringing those bands in just to keep you up at night, but you’re giving yourself a little too much real estate in my brain, Fancy. It doesn’t have anything to do with you. You’re just an unwelcome distraction.”

Maddie looked up at him, her full bottom lip trembling slightly as he railed at her. “Earlier you said I was beautiful—a sadist—but beautiful. Am I distracting because I drive you crazy or because I’m beautiful?” she asked in a breathy voice that made his chest and his pants tighten at the same time.

Those pouty lips made him want to run the pad of his thumb across them and kiss away her frown. It was a ridiculously unhelpful thought, but like he’d said, she was a distraction in a variety of ways. He wished she wasn’t so attractive because that just crossed the wires in his brain. He’d much prefer her outsides matched her annoying insides, then it would be easy to ignore her.

She had the shiniest hair he’d ever seen. It was always up in a ponytail or a bun, which was a shame because it was like shimmering chestnut silk. He wanted to know what it would look like if it fell free around her shoulders. He wondered how it’d feel to run his fingers through it. Her skin was like porcelain and her eyes like the shells of a robin’s egg. Maddie’s every feature was delicate and feminine, rousing a protective nature in him he wasn’t used to.

And then she opened her mouth and ruined everything. 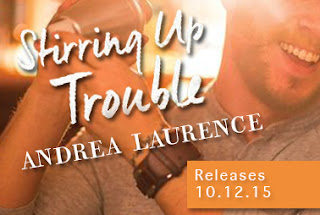