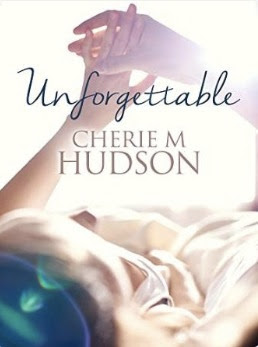 My name is Brendon Osmond. I'm a 25 year old post-graduate student who knows three things with absolute conviction. I know damn near everything there is to know about keeping in peak physical shape. I have a plan to make a lot of money from that knowledge. I'm an optimist who's not easily rattled. But then the girl I fell in love with almost two years ago texts me out of the blue and everything I know is thrown out the window.

Not until I fly to the other side of the world and discover the girl I fell for has kept a very big secret from me.

A secret that mocks all my knowledge of the human body and how to keep it healthy.

A secret that shatters my plans for my own personal training business.

A secret with my eyes.

A secret who needs me more than I can comprehend.

Ask me again if I'm rattled.

Now ask me if I'm still in love.

Perfect for fans of The Fault in Our Stars and Nicholas Sparks, Unforgettable is the second book in the Always series that began with Unconditional.

Oh man, why was I doing this again? Why was I here? Sucking in a slow breath, I dragged my hands through my hair, counted to ten, and exhaled just as slowly. I was okay. I was good. I was gravy. I was chillaxed.

That mantra stayed with me all the way through Customs. Even when the kookaburra started laughing halfway through the process, causing the officer behind the counter to study me with a look that said “please explain”, I was okay, good, gravy and chillaxed. Nothing rattled me. Not my gym bag being half-unzipped on the luggage conveyor belt and my Calvin Klein undies deposited a few feet behind, all grimy and scruffy, not the kookaburra who now seemed determined to laugh every ten minutes with insane delight.

Right up until the second I exited Customs and entered the arrivals hall of LAX and found Amanda Sinclair standing in the crowd, watching me.

Did my heart slam up into my throat and try to smash its way out of my body?

You fucking better believe it did.

She looked … incredible. I stopped walking and just stared at her. My throat seized up. My chest grew tight. My gut seemed to roll in on itself and twist over the other way. I forgot how to breathe, how to blink. My whole body seemed to be suddenly hot and prickly, like I’d put in a massive cardio session in the space of a heartbeat. I can’t really explain the surge of sensations that crashed through me at seeing her any other way than that. I guess there’s a reason I’m a gym-junkie muscle head and not an English Lit major.

I stared at her and she stared back. She tucked a strand of that coppery-russet hair of hers – hair that felt like cool silk streaming through my fingers – behind her right ear, an ear that still had the tiny gold cuff I bought for her one morning at Bondi Beach after a particularly awesome surf.

I ate up her face with my eyes. I apologize for how cheesy and corny that sounds, but I did. I stood there among the tired travelers and sign-carrying drivers, and took in every inch of her face. Her blue eyes, her straight, dark-red eyebrows. Her slightly turned-up nose with its smattering of freckles. Her lips … lips I’d felt against mine over and over …

Oh fuck, I wanted to kiss her.

Right there. Right then. In the airport, no doubt stinking from over half a day of traveling, I wanted to run to her, swoop her up like some lame-arse movie hero and kiss her. Erase the last twenty-seven months of being denied her with a kiss that would make the airport security kick us out of the terminal.

I wanted to remind her, in that kiss, why she’d overstayed her visa in Australia. I wanted to point out how stupid she’d been to walk away from us. I wanted to prove to her I was the only one who could make her feel alive, that if there was someone else in her life now, it was time to say goodbye to them.

Yes, I understand how full of myself I sound, how arrogant. I’ll even go as far as to say I sound like a condescending wanker, but I was looking at Amanda Sinclair, and no matter how many times I’d tried to convince myself otherwise in the months since she left, I knew she was “the one”.

Again with those damn quotation marks, eh? I guess you can figure out what state I was in at that point. Keeping myself motionless, keeping myself from running to her and hauling her off her feet was harder than any workout I’ve ever done.

Instead of running to her, I smiled.

It dawned on me then the Amanda standing in front of me was not the Amanda I’d last seen here in the States almost three years ago. There was a hesitation in her eyes I’d never seen before. A nervousness. She was also slimmer, like she’d shed a lot of weight quickly. Too much weight. And she looked … tired. Drawn. She was still the most beautiful girl I’d ever seen, but she looked far more fragile. Fragile was not a word I’d ever associated with Amanda Sinclair, and it did my head in.

The smile on her lips faltered. A little. “Hi Bren. Thanks for coming.”

Check out the first book in the Always series... 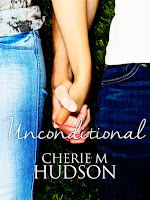 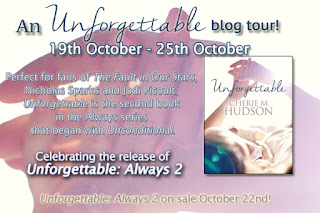