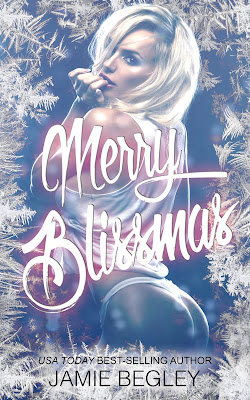 
What can I say? I’m not a nice person. When I walk by, people call me a slut, and I’m okay with that. I believe in calling a spade a spade. I am a slut.
With the holidays approaching, I miss belonging to The Last Riders. Drake’s keeping me warm, but he wants more than I can give. He wants me to trust him, to believe he can protect me. Doesn’t he know Santa put me on the Naughty List long ago?

What can I say? I’m a nice guy and have always done the responsible thing.
Bliss is everything I shouldn’t want, but it’s hard to resist a woman who stopped believing in miracles. She wants to be back with The Last Riders, whom she considers her true family. Doesn’t she know it’s Christmas, and miracles do happen? 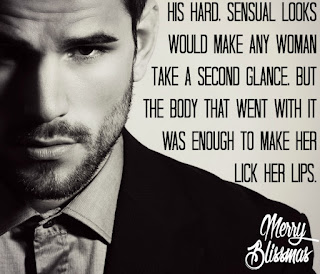 “Who are you going out with?”

Knowing Genny was still determined to try to become BFFs with her, Bliss almost didn’t tell her, but honestly, she couldn’t find a reason not to. It wasn’t like she was going to come home afterward and have a chat-fest about it.

“Don’t be too sure. He has a reputation in town for leaving women when they get too serious about him.”

“Then he’s perfect for me. I have no intention of getting serious.”

Genny shook her head at her. “That’s what all the women say.”

“Well, I mean it.” Bliss watched as Shade stood, blending into the crowd and leaving the auditorium. Jo’s eyes followed after him. “Besides, I can’t give what’s already taken.”

Bliss started past her yet paused when Genny laid a hand on her arm.

“You have an itch any man could scratch without leaving marks. Drake’s not that type of man. Of all the women I heard gossip about regarding him, none have walked away unscathed. He’s always been the one to break it off. Some scratches go away after a few days, and you forget they ever existed, but others fester and spread until they consume you.”

“Are you telling me I should be afraid of him?” Bliss couldn’t believe Genny was giving her advice about men. Didn’t she realize what went on in the clubhouse? What did she know about men, anyway? She was barely nineteen.

Willa had told her Genny had lived with a foster couple until she had turned eighteen. Willa had wanted to help Genny find a home she could call her own. Bliss knew that was why she had asked her if she would be interested in being roommates with Genny.

Bliss had thought they were mismatched but grudgingly had begun to feel a tendril of liking for Genny.

“That’s exactly what I’m telling you. A smart woman would steer clear of him.”

“No one’s ever accused me of being smart,” Bliss said wryly. 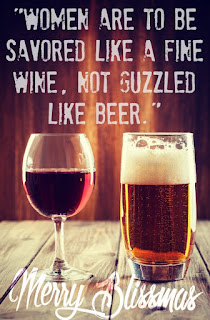 "I was born in a small town in Kentucky. My family began poor, but worked their way to owning a restaurant. My mother was one of the best cooks I have ever known, and she instilled in all her children the value of hard work, and education.
Taking after my mother, I've always love to cook, and became pretty good if I do say so myself. I love to experiment and my unfortunate family has suffered through many. They now have learned to steer clear of those dishes. I absolutely love the holidays and my family puts up with my zany decorations.

For now, my days are spent writing, writing, and writing. I have two children who both graduated this year from college. My daughter does my book covers, and my son just tries not to blush when someone asks him about my books.

Currently I am writing five series of books- The Last Riders, The VIP Room, Predators MC, Biker Bitches, and The Dark Souls.

All my books are written for one purpose- the enjoyment others find in them, and the expectations of my fans that inspire me to give it my best.”