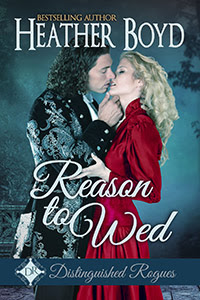 Richard Hill, the Earl of Windermere, might desperately require a wife and heir, but thoughts of duty fly from his mind when he rescues Esme, Lady Heathcote, from the embarrassment of a failed affair. They usually never agree about anything. He’s never even kissed the vexing widow. But when the opportunity arises to whisk her away for a no-strings-attached rendezvous, Richard can’t imagine a better way to spend a moonlit evening.

Esme has never lacked for admirers, but having Lord Windermere’s company goes a long way to ease the pain of losing her suddenly betrothed lover. And when Windermere suggests an affair, Esme is intrigued by the blazing-hot connection even while knowing their relationship has no future beyond his house party.

But as with any temptation, it’s a bargain they’ll soon regret.

The hallway beyond the drawing room was filled to bursting with chattering guests and she moved smoothly through them, nodding and speaking occasionally to some. While she admired the elegance and comforts to be found in Lord Windermere’s home, she kept her eye out for Meriwether. She turned into the library, but the room was startlingly empty.

“Looking for me?” Windermere asked as he came to stand near. His gaze raked her from head to toe in the most gauche way.

Arrogant and presumptuous. “Hardly. You should pay more attention to your guests and the health of your servants.”

Instead of taking the hint that she wasn’t in the mood to talk, he caught her hand and raised it to his lips. His blue eyes danced with amusement. “I do love when you’re friendly. How have you been, Esme?”

She scowled at him and withdrew her hand to her side. “I’ve not given you leave to use my first name and I am not of a mood to spar with you. Go back to your other guests for amusement and send your butler to his bed. Anyone can see he’s on the verge of collapse tonight.”

“I already banished Oswin to rest.” He laughed suddenly. “Young Pip has assumed his duties until Collins comes up.”

“Just as well,” she replied, thankful for such sensible decisions at last.

“Only you would ever dare tell me what to do in my own home. I wanted to thank you for coming,” Windermere murmured. “But to convince everyone we’re not at odds, you will have to talk to me occasionally with a little less acid in your tone.”

“We’ve spoken as much as needed to quell any gossip.” She smiled at him. “Or was it your wish to have me chivvy you out of your mopes too.”

“I will say again you were right.” Windermere sighed and raked a hand through his dark, wavy hair. “You’re enjoying rubbing my nose in that business with Lady Bartlett, aren’t you?”

“Perhaps.” She smothered a laugh. He hadn’t wanted to believe he was being used until it was almost too late to extract himself from the connection. “You were so indignant that day, and after venting your pique at me, you charged down the street—on foot of all things, my man and your horse trailing after. I laughed for at least a whole day afterward. But I am sorry you were let down.”

He inhaled sharply, his jaw clenching before he relaxed and shook his head. “No, you’re not. You’re positively gloating that you were proved right about her.”

Bestselling historical author Heather Boyd believes every character she creates deserves their own happily-ever-after, no matter how much trouble she puts them through. With that goal in mind, she writes sizzling regency romance stories that skirt the boundaries of propriety to keep readers enthralled until the wee hours of the morning. Heather has published over twenty novels and shorter works. Catch her latest news www.heather-boyd.com. She lives north of Sydney, Australia, and does her best to wrangle her testosterone-fuelled family (including cat Morpheus) into submission. 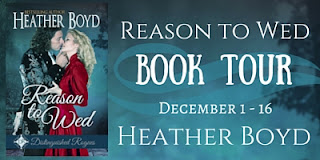