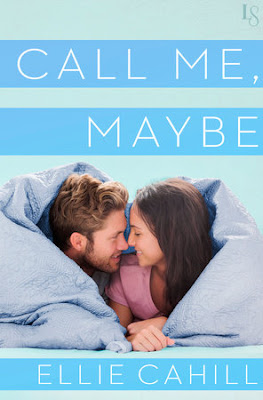 “Ellie Cahill is definitely one to watch!” raves bestselling author Cora Carmack, and this steamy, upbeat modern romance about connecting in all the best ways proves it once again.

Clementine Daly knows she’s the black sheep. Her wealthy, powerful family has watched her very closely since she almost got caught in an embarrassing scandal a few years ago. So when Clementine’s sent on a mission to live up to the Daly name, politely declining isn’t an option. Of course, the last thing she does before boarding the plane is to grab a stranger’s phone by mistake—leaving the hunky journalist with her phone. Soon his sexy voice is on the line, but he doesn’t know her real name, or her famous pedigree—which is just the way Clementine likes it.

Despite all the hassles, Justin Mueller is intrigued to realize that the beautiful brown-eyed girl he met at the airport is suddenly at his fingertips. They agree to exchange phones when they’re both back in town, but after a week of flirty texts and wonderfully intimate conversations, Justin doesn’t want to let her go. The only problem? It turns out that Clemetine has been lying to him about, well, everything. Except for the one thing two people can’t fake, the only thing that matters: The heat between them is for real.

I pushed my fingers through my hair. My heart was full of a feeling I’d had waiting for my grandmother to come out of her hip replacement surgery three years ago. Which was ridiculous considering my phone could be replaced for a few hundred dollars. I could replace both of ours with a few phone calls and a swipe of my American Express.

“Unless you did this on purpose, you can stop apologizing. We just have to deal with this.”

My nerves jangled with familiar anxiety. But he had my phone. There was nothing I could do about it if he decided to play detective. Oh god, I’d worked so hard at keeping it clean. Had I missed anything? Anything that he could use? Finally, I said, “Clementine.”

“Clementine?” he repeated with a tone of total disbelief. It was a typical reaction.

“Yeah. Well, thanks for being cool about this, Justin.”

“No problem. Do you mind if I give your number to a few people?”

It took me a moment to process what he meant. He still needed a phone, and for now, mine was all he had.

“No, that’s fine. Go ahead. I don’t really think I’ll be getting many calls. Everyone knows I’m out of town.”

“You can give my number to people if you need to.”

I disconnected, finding my brother staring at me. “Was he upset?” he asked.

“Yeah, but at least he wasn’t a dick about it.”

“Why don’t you just have them both replaced? Tell him to go pick up a new phone at the nearest store.”

“I thought of that, but maybe he doesn’t have the cash to drop on a new one.”

“People are weird about stuff like that. Besides, do you really think I should point out the fact that he has the personal phone numbers of some of the wealthiest people in the country? We have no clue who this guy is.”

He made a face, but he knew I was right.

This was so so bad. My grandparents were going to kill me. “Oh my god, Honor, you have to call Grandma right away!”

He didn’t even hesitate, just reached for his phone and dialed. He knew how it was. If she didn’t hear that we were safe and sound very soon, she was going to start calling me. And the last thing the poor schmuck whose day I’d already ruined needed was to have Miriam Schulman-Daly hitting redial until she got a response.

“Don’t tell her a stranger has it! Tell her I left it at home!” I added to Honor in a rush, tugging on his arm to make sure he was paying attention.

He waved me off, but I thought I could trust him to give me this small bit of cover. While I waited for Honor to explain the situation, the phone buzzed with a new text message from my line.

Sorry if I was a jerk on the phone. I’m frustrated.

I replied, You weren’t. No apology necessary.

We’re stuck with each other for now. An apology is definitely necessary.

I’m the one who should be giving it. My stupid brother grabbed the wrong phone.

All right, so we’re mutually sorry and we can blame your brother, agreed?

I smiled. Who was this guy? 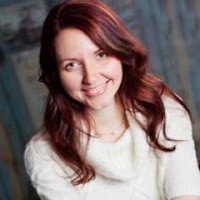 Ellie Cahill is a freelance writer and also writes books for young adults under the name Liz Czukas. She lives outside Milwaukee, Wisconsin, with her husband, son, and the world’s loudest cat.