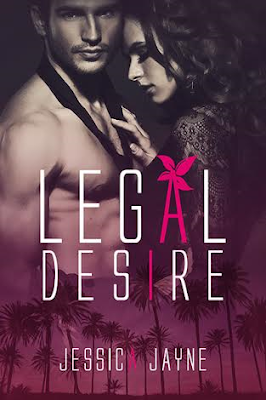 "I'll be your bodyguard any day, Angel." - Derek Sage

Derek Sage doesn’t mix business with pleasure—certainly not after he’s been burned. Being one of the top plaintiff’s attorneys in the Tampa Bay area requires focus and he can’t afford to lose that focus again. But a difficult case has Derek looking to a new attorney for assistance and she brings more than her legal expertise to the table.

Raina Dillon spent her first couple of years as an attorney at the public defender’s office, defending criminals and learning more than she ever imagined. Now, she’s ready to take on the legal world at one of the Tampa Bay area’s premier law firms. What she doesn’t expect is Derek Sage.

Can they put their attraction aside or will it consume them?

Confession time... I love insta-lust. That sudden spark of chemistry... The sudden energy pulling the hero and heroine together... The moment when you know that the hero would do anything to be with the heroine, even if it means breaking his own rules. That moment was what sucked me in and would not let me go until I finished the novella. Legal Desire had a little bit of everything from a sizzling office romance to just the smallest hint of thriller. The characters were fun to meet and get to know. I especially loved Derek's intuitive assistant. I actually loved Jessica Jayne's writing style so much that I immediately picked up another novella that she wrote. All in all, Legal Desire was a super quick and sexy novella that I devoured in one big delicious bite.

“My thoughts on the Jenkins file?” She paused and raised her head, heat emanating from her honey-colored stare. “Or this obvious attraction between us?”

A small laugh left him. “Bold. And to the point.” He hesitated. “I like it.” Leaning back in the leather chair, he crossed his foot over his opposite knee and folded his hands in his lap. “Let’s talk about the more interesting of those two questions first. You find me attractive?”

Now she laughed. “Very much. Don’t all females?” She leaned her forearm on the table, baring cleavage so elegantly displayed between the gap of her suit jacket. A low growl rumbled through him.

“I’m not asking about all females. I’m asking if you do.”

“I think I’ve made it too obvious that I’m attracted to you. What do you propose we do about this?” He forced himself to meet her gaze. She pulled her bottom lip between her teeth. He vibrated with excitement. He wanted that lip between his teeth, his tongue lashing it and tasting whatever she’d drank from the cup sitting on the table. Watching her gnaw on her plump lip brought other visions—of her mouth wrapping around his cock. His erection pressed against his slacks, begging for release. His resolve sat on the brink.

“I’d say we have two options.” Her lips curled into a grin.

“I can help you with this case and we can try to pretend it doesn’t exist.” She didn’t sound too convinced about that option, and frankly, neither was he. He could barely think straight since meeting her and he’d only been in her presence a short period. Working with her on this case might kill him from a lust attack. “Or we can fuck and get it out of the way so we can focus on the Jenkins case.”

“Come again?” Had he heard her right? She caught him off guard, but he liked it. Screw that! He loved it.

“I think you heard me.” A mischievous smile. “And I vote for option two.”

“I’m harder than stone right now, Raina, and on the edge of crossing a line I’ve said I wouldn’t.” His voice dropped several octaves. His erection strained against his black slacks and the only acceptable relief would come from being buried inside of her. “I don’t have sex in the office and I don’t fuck co-workers, but you’re making me question both those rules.”

“How’s that saying go? Rules are meant to be broken. Or something like that.”

Jessica Jayne is a born and raised small town Ohio girl, who moved to the Sunshine State after graduating from college. She graduated from college with a bachelor's degree in English. What college major could possibly be better than one that makes you read novels and write about them! Now she is thrilled to be able to share all the stories floating around in her head!

Jessica loves to travel and travel often! She’s a huge sports fan, especially college football and the Ohio State Buckeyes! She’s a wine-making (and wine-tasting) aficionado. She loves all music. And nothing is better than sunset at the beach!

In the journey of life, she also married a wonderful man and had three beautiful (and sometimes crazy) children. Life is always an adventure.