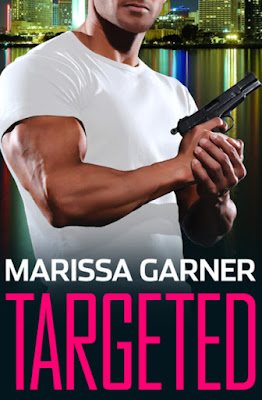 For San Diego's elite FBI agents, risking their lives is standard procedure when it comes to capturing the city's most dangerous criminals-but falling in love is the greatest risk of all.

RIPPED FROM THE HEADLINES . . .

FBI Special Agent Marissa Panuska faces the most explosive case of her career when she impersonates a female terrorist to infiltrate an al-Qaeda cell. Her dark hair, olive complexion, and Arabic fluency make her the perfect imposter, but each passing hour raises the risk of discovery. Can she stop the dirty-bomb plot-alone-when the Feds don't even know the target? And should she trust the mysterious man who bursts into her life when her cover is blown?
SO CLOSE TO REALITY . . .

Former Navy SEAL Ameen Ali has a very personal reason for hating the terrorists and vowing to stop them. But when a beautiful woman joins the sleeper cell spreading death-to-America propaganda at his mosque, he doesn't want to believe she shares their evil goals. Can he convince her to join forces before it's too late?

Night had fallen when Samir parked the truck in front of the dilapidated house in the drug-infested Tijuana slum. Once he killed the headlights, the moon provided the only illumination along the crumbling asphalt road. Wedged between Samir and Omar on the seat, Marissa Panuska scanned the neighborhood of decaying buildings, hoping to catch a reassuring glimpse of the two agents who were out there—somewhere—following her, watching her back.

On five previous occasions, the terrorists had brought her to their hideout in Mexico, just across the border from San Diego. Marauding drug gangs ruled the area where crackling gunfire was as common as barking dogs. The constant smell of weed permeated the air and stung her nostrils. The residents were rarely visible, preferring relative safety behind walls.

Marissa’s gaze swept over the run-down house, checking for any signs of change or trouble. Boards protected the windows from prying eyes, and a padlock secured the door against thieves. The electrical connection dangling from the sagging overhead lines was one of the few in the slum, and the satellite phone antenna on the roof was definitely unique.

After an anxious look around, Omar jumped out to unlock the door before all three darted inside. Samir switched on the lamp that sat on the floor by the door. Ignoring the stench from the barely functioning bathroom, they hurried past it and the bedroom on the left. A narrow archway separated the front room from the larger back room, which included a rudimentary kitchen along one wall. The furnishings consisted of six metal folding chairs, a wooden table, and three tall lamps. Several boxes of electronic parts, including a new one, were lined up near the rear door. The place was filthy, but no one cared.

The stifling heat in the closed-up house stole Marissa’s breath. Sweat dampened her skin beneath the long, black abaya and niqab, the Muslim robe and veil she wore over her other clothes. While the men turned on the lights, she sank onto one of the flimsy chairs, morbidly wondering if she was more likely to die from heat stroke than at the hands of the terrorists.

Holding the niqab away from her face, she drew slow, deep breaths and grimaced at the pain in her lungs and stomach. The stress of impersonating Baheera Abbas, of pretending to be the female terrorist previously unknown to the US intelligence community, gnawed at Marissa’s nerves. If only she could determine Baheera’s role in the planned attack, she might be able to finish the covert operation, might be able to survive. Every passing minute held the threat of discovery and diminished that possibility.

Marissa wiped the sweat from her face and watched the two men admire the sword-like knife Samir had purchased in a shop along Avenida Revolución on their way through Tijuana. On previous visits, Samir’s first priority had been to unlock the metal gun cabinet bolted to the floor in the bedroom closet and to confirm the delivery of additional bomb components. But tonight, the sleeper cell’s leader and Omar were distracted by the massive blade, which they took turns brandishing menacingly at each other.

Samir’s satellite phone lay on the table. The phone never left his sight because it represented the cell’s umbilical cord to the Middle East, the only method of communication between the terrorists here and those at home. Homeland Security couldn’t fathom why just one means of contact existed, why no alternate options were in place. They suspected the men in charge didn’t trust anyone except Samir and wanted to minimize the risk of the plot being traced back to the source. Unable to determine the terrorists’ reasons, US officials decided the terrorist mind was impossible to comprehend and worked to exploit the obvious weakness in the cell’s strategy. The Bureau and other government agencies had simply taken advantage of the situation and monitored the terrorists’ calls with ease.

Until two weeks ago, Marissa had been one of the agents monitoring those calls, listening to and translating many long distance conversations between Samir and his bosses. Discovering the true identities of the people had been a frustrating, and often futile, process. No one used a last name, and even the first names were suspect as they were frequently aliases. Husaam was the name used by the man who seemed to be at the top, but the common Arab name made it impossible to positively identify or trace him.
The sat phone’s ring interrupted Marissa’s thoughts.

Samir shot it a startled glance. The call seemed to confuse him for a moment, suggesting he didn’t expect to be contacted tonight. He grabbed the phone, answering warily in Arabic. His face tensed, and his tone turned respectful when he launched into a detailed status report. As usual, he lowered his voice and walked into the front room so neither Omar nor Marissa could hear.

She prayed that someone in Washington would be listening in real time—not hours later to a recording.

Only five minutes passed before Samir, wearing a Cheshire cat grin, strolled back through the doorway and held out the phone to her. Her stomach knotted. Only Samir talked on the sat phone.

Saying nothing, he thrust it at her again.

Hesitantly, she put the phone to her ear and spoke in precise Arabic. “Allahu Akbar.”

The man on the phone greeted her affectionately—as his wife.

Click HERE to see more of
the FBI Heat series.

I'm a wife, writer, chocoholic, and animal lover, not necessarily in that order. As a little girl, I cut pictures of people out of my mother's magazines and turned them into characters in my simple stories. Now I write sexy paranormal romantic suspense, steamy contemporary romance, and edgy romantic thrillers. I live in sunny Southern California with my husband, but enjoy traveling from Athens to Anchorage to Acapulco and many locations in between.