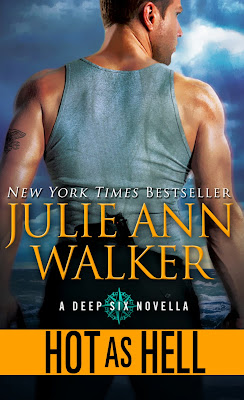 Harper Searcy didn't want to fall for a soldier, but she couldn't forget her hot Navy SEAL friend or their one night stand. When the U.S. Embassy in Pakistan where she works comes under attack by terrorists, there is only one man she knows who would move heaven and earth to rescue her: Michael "Mad Dog" Wainwright.

"The Deep Six series is going to be one exhilarating ride." - RT Book Reviews 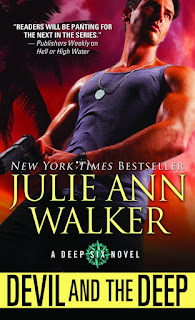 A COVERT MISSION
Maddy Powers's life revolves around cocktail parties, political fundraisers, and charity events - but she can't forget the daring former SEAL who appropriated her father's yacht a few months ago ... or the scorching kiss they shared before he disappeared into the deep blue sea.

SPARKS A FLAMING DESIRE
Bran Pallidino carries a dark secret behind his lady-killer eyes - one that keeps him from pursuing a serious relationship with Maddy. But when she's taken hostage during a trip to the Dry Tortugas, the men of Deep Six Salvage drop their treasure hunt for a sunken galleon and embark on a dangerous mission to save Maddy.

WITH EARTH-SHATTERING REPERCUSSIONS
As they fight her merciless kidnappers, they discover this isn't a simple hostage situation, but something far more sinister. Passion boils between Bran and Maddy, but what good is putting their hearts on the line if they don't survive the dawn?

Pre-order Devil and the Deep & win a Book Boyfriend Koozie! 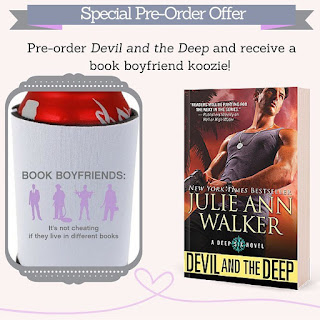 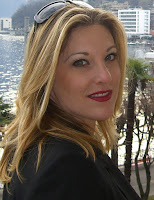 Julie Ann Walker is the New York Times and USA Today bestselling author of award-winning romantic suspense. She has won the Book Buyers Best Award, been nominated for the National Readers Choice Award, the Bookseller's Best Award, the Australian Romance Reader Awards, and the Romance Writers of America's prestigious RITA award. Her books have been described as "alpha, edgy, and downright hot." Most days you can find Julie on her bicycle along the lake shore in Chicago or blasting away at her keyboard, trying to wrangle her capricious imagination into submission.

Be sure to sign up for Julie's occasional newsletter at: www.julieannwalker.com.