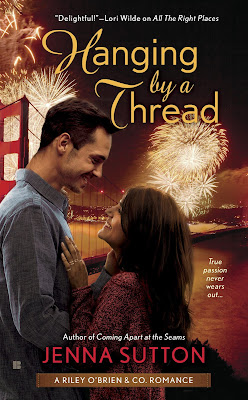 Thirty-year-old Bebe Banerjee is desperate to get rid of two things: her fiancé and her virginity. Escaping her arranged marriage might be impossible, but she refuses to give her firsts to an entitled jerk who lives on another continent. Instead, she devises a plan that guarantees another man will get her momentous firsts. But she never imagined that man would be Cal O’Brien, the gorgeous heir to the Riley O’Brien & Co. denim empire…

Although Cal has always been fascinated by Bebe’s brilliant mind and beautiful eyes, he’s never pursued her. She can’t stand the sight of him, and every time they’re in the same room, they end up trading insults. Yet when he finds out about Bebe’s bold plan, he makes his move, unaware of her upcoming nuptials. He promises to make her firsts unforgettable, but he doesn’t know how hard it will be to forget her when their arrangement ends.

Chaste. Untouched. Maiden. Pure. Innocent. The words that described a virgin might sound pretty, but the truth was downright ugly, at least in Bebe Banerjee’s opinion. She was convinced her virginity was the reason her heart raced, her breath seized, and her palms sweated whenever she was near Cal O’Brien.

Bebe surreptitiously studied Cal, trying to ignore the wave of lust that surged over her. If she’d had some experience between the sheets, she was sure she’d be able to handle the way he made her feel.

Bebe desperately wished she could just avoid him, but his little sister, Teagan, was her best friend. If she wanted to spend time with Teagan, she had to put up with Cal. She said no to a lot of Teagan’s invitations to hang out because of him, and she had to be very careful not to offend her best friend.

That was why the object of her X-rated fantasies stood next to her in a club-level suite at PacBell Park. The San Francisco Giants were in the playoffs, battling against the Atlanta Braves to win the National League pennant, and Teagan had invited her to attend the game in the Riley O’Brien & Co. suite.

Teagan and her brothers were involved in the day-to-day operations of Riley O’Brien & Co. She managed the company’s law department, while her oldest brother, Quinn, served as president and CEO, and Cal handled global marketing and communications. Even Quinn’s wife, Amelia, was involved in the company, heading up the women’s division.
Beside her, Cal shifted slightly and took a pull on his Shiner Bock. He was close enough to touch, and she clenched her hands into fists just in case her fingers suddenly decided to act out her secret fantasies. He didn’t even look her way, and he probably wouldn’t unless he felt the need to toss an insult at her.

“How was Antigua?” Cal asked, directing the question to his sister and her new husband, Nick Priest.

“It was the most amazing place I’ve ever been,” Teagan said, her blue eyes shining and her glossy lips turned up in a smile.

Teagan and Nick had just returned from their three-week honeymoon to the Caribbean island. Both of them were glowing from their tans and their newlywed status.

“We were lucky we had our own private beach because Nick is apparently an exhibitionist,” Teagan added with a lustful gleam in her eyes.

Nick was a former professional football player, and he had been voted as one of the “Sexiest Men Alive” by People magazine. With his blond hair and bright green eyes, he was gorgeous, no doubt about it. But in Bebe’s opinion, he wasn’t nearly as gorgeous as Cal.

No one is as gorgeous as Cal.

Nick leaned down and whispered something into Teagan’s ear, something that was obviously naughty because her face turned the color of cherries. When he straightened to his full six-five and saw her red cheeks, he chuckled.

“You’re so bad,” Teagan muttered, lightly slapping Nick’s chest. In response, he grabbed her hand, hauled her up against him, and kissed her . . . with tongue.

Cal made a gagging noise. “Jesus Christ,” he groaned, “do you have to do that in front of me?”

Teagan pulled away from Nick. “Please,” she shot back, her voice full of disgust. “Do know how many times I had to listen to my high school friends talk about you and your big—”

Much to Bebe’s disappointment, Cal covered his sister’s mouth with his hand and cut off the rest of Teagan’s sentence. She tried to pull his fingers away, and finally she got free by elbowing him in the stomach.

Laughing, Cal stumbled sideways into Bebe, almost knocking her over. He grabbed her forearm to steady her, his hand hot against her skin, and she gasped. Even the slightest touch from him made her pulse pound, and she tugged her arm to get away from him.
Instead of releasing her, his fingers tightened. She looked up . . . way up. He was almost as tall as Nick, and he loomed over her by more than a foot. He was a little leaner than Teagan’s husband but still solid muscle. His faded Giants T-shirt showed off his broad shoulders, impressive biceps, and ropy forearms. He’d paired the shirt with ancient Rileys that fit him like a glove and well-worn boots.

“I told you not to call me that,” she snapped, trying to jerk her arm free.

She hated it when he called her Cookie, and he knew it. Of course, that was why he did it.

He had come up with the nickname right after he’d found out she had a medical degree in addition to her MBA and law degree. He’d claimed it was a better moniker than Bebe since she was such a smart cookie, but she knew it wasn’t a compliment.

“I thought you liked nicknames.” He smiled angelically and widened his eyes to look innocent. “You call Teagan kanya all the time.”

Kanya was Bebe’s nickname for her best friend. It meant “girl” in Hindi, the native language of her Indian ancestors. She had been born and raised in the United States, but using Hindi words was one way she stayed connected to her heritage.

“Teagan and I are friends,” she pointed out.

He got her message loud and clear because his eyes got all squinty. “I can be friendly.”
Yes, he could be friendly. In fact, he was friendly to everyone but her. He never had anything nice to say to her, and she returned the sentiment.

She wasn’t sure who had struck first, probably her, but now they launched verbal missiles at each other with frequency and precision. He went out of his way to be rude and antagonistic, and she did the same.

Bebe knew the real reason she acted like such a bitch around Cal. She liked him, and she didn’t want him to suspect how she really felt. She didn’t want to be the pathetic geeky girl with a crush on the hot guy.

Before Cal, she had never been attracted to any man. She’d never even experienced a high school crush because she had entered the ninth grade when she was twelve and had graduated when she was fifteen. She had immediately headed off to college, and she’d obtained two bachelor’s degrees in three years.

By the time she had been able to vote, she had been in her first year of medical school. She’d become accustomed to being viewed as a study partner rather than a sex partner.
She wasn’t oblivious, though, and over the years, she had noticed good-looking men. But she had never felt that zing of sexual attraction until she had met Cal four years ago. She hated the way he made her feel: gauche, nervous, and overstimulated. When he was near, sounds were louder, colors were brighter, and smells were stronger.

Right now, she could smell him, a panty-soaking aroma of warm male and expensive cologne. It was so delicious, she could barely concentrate on the conversation swirling around her.

“Even though Antigua was amazing, I’m glad to be home,” Teagan said, ignoring Cal and Bebe’s sniping. “I missed everyone. Mom and Dad. Quinn and Amelia. Bebe. Letty.”
“You didn’t miss me?” Cal asked, feigning hurt feelings.

Bebe knew Teagan had intentionally excluded Cal, trying to annoy him. The O’Brien siblings teased one another mercilessly. Their relationship was so different from the one Bebe had with her older brothers.

She rarely talked with Pritam and Ranjit, and when she did, they definitely didn’t tease her. They didn’t even call her Bebe. They insisted on referring to her by her full name, Bindu, which she hated.

“No. I missed Kim more than I missed you,” Teagan replied, referring to the woman who did her nails at the swanky spa she frequented.

Teagan’s snarky response made laughter well in Bebe’s throat. Before she could choke them back, giggles escaped her. Cal stiffened next to her, and she mentally prepared for their next verbal battle. 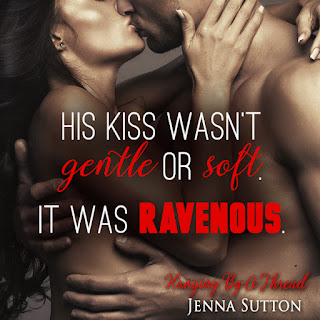 Jenna Sutton is a former award-winning journalist who traded fact for fiction when she began writing novels. Surprisingly, the research she conducted for her articles provided a lot of inspiration for her books.

Jenna is the author of the Riley O’Brien & Co. romances including All the Right Places and Coming Apart at the Seams. She has a Bachelor’s degree in Journalism from Texas Christian University and a Master’s degree in Integrated Marketing Communications from Northwestern University.

Jenna and her husband live in a 103-year-old house in Texas affectionately known as “The Money Pit”. You can find out more about her and her books by visiting www.jennasutton.com.