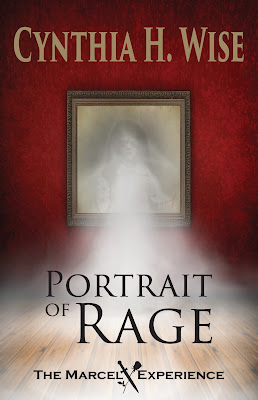 “The air became frigid and the lights flickered as they both watched a shimmering veil of mist rise from the hardwood floor. As it floated toward Kelly, the dim shape of an adolescent came to life in its veiling center. The little girl’s body grew more defined in its advance, until every detail of the portrait at Kelly’s back focused and came alive before them.”

Soon after Thomas Shear buys a house for his art gallery, the spirits of a killer’s child victims haunt his dreams. Believing they were conjured by stress and a vivid imagination, Tom hopes to vanquish the nightmares that leave him shaking and sweat soaked by creating a series of life-sized portraits portraying the suffering of each little girl.

When news of his portrait series spreads, Tom is confronted by the lead investigator for the missing children, Detective Mark Winward. Realizing he has become involved in something more sinister than he could ever have imagined, and becoming the detective’s number one suspect, Tom races to find the real killer before he is framed and someone Tom loves becomes the killer’s next victim.

Portrait of Rage sets the stage for The Marcel Experience, giving readers a glimpse into what is to come. Both horror and romance, real and fantastic, Portrait of Rage introduces real-world horrors into the universe of the supernatural.

Kelly’s breath caught as she watched him. He really was the most gorgeous, sexiest man she’d ever met. “I’ve heard that over-stimulating the senses can be deadly.”

“There’s only one way to find out.”

Kelly smiled as the kitchen door swung shut behind him. She could still feel the touch of his kiss and hands on her body and she felt a soft blush warm her cheeks. She shook her head in awe of her own unhindered response and turned to the task of preparing the table.

The china sparkled as she lit the candles, watching each wick ignite into a glowing flame. Otis Redding’s “Dock of the Bay” drifted to her ears as she dimmed the lights.

“Perfect,” she whispered, surveying the scene. She raised her wine glass in a silent salute. A caress from eyes behind her softened her smile as she turned.

Kelly’s smile wilted as the delicate crystal she held in her hand slipped to the floor with a splintering crash. She shook her head in denial at the little girl standing a few feet away and cringed beneath the haunted, forlorn light-blue eyes that pleaded for help. They seemed to bore into the very depths of Kelly’s soul, and she shuddered as the little girl lifted her hand, beckoning her to follow. 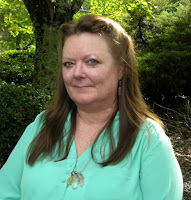 Cynthia H. Wise lives with her husband in Marietta, Georgia, where her series, The Marcel Experience, is centered. When she is not writing novels about the supernatural and the fantastic, Cynthia can be found with her husband, Cliff, their two dogs, Jake and Sadie, and their cockatiel, Sam.

In Cynthia H. Wise’s paranormal mystery series, The Marcel Experience, readers will find themselves thrown into haunted houses, avenging ghosts and wandering spirits, and even, possibly, falling in love with a handsome shapeshifter. In the next novel in the series, Eyes of Autumn, releasing this October, a dangerous enemy from Marcus’s past is threatening to destroy everything he holds sacred, including the only woman he’s ever loved—a woman who doesn’t remember him.

Posted by CrystalBee at 9:43 PM