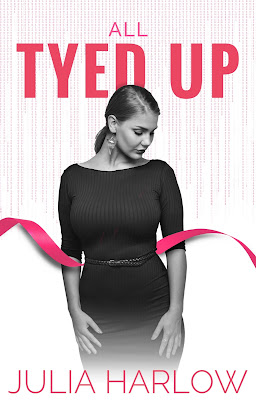 The past can be murder on relationships.

Isabel Beachwood just lost her dream job. Now she’s forced to move out of her precious Victorian apartment, and in with her stepsister, bringing back ugly memories of a painful childhood.

Ty Griffin is a financial magnate who deals in multi-million dollar mergers and acquisitions. His bespoke suits can’t hide a body worthy of a professional athlete. Those intense azure eyes telegraph a keen intellect. And his mouth, the only soft thing about him, is sinfully sensual. But his drive to succeed has all but obliterated any chance for a personal life.

Isabel is surprised when, during her moving sale, none other than the white-hot Ty Griffin, CEO of Grandin Financial, buys her prized Carmel-by-the-Sea table. When she finds out he’s part of the reason she lost her job, her apartment, and her adorable table, she’s incensed.
The moment Ty meets the voluptuous and challenging Isabel Beachwood, he’s completely enthralled. He’s the kind of man who’s used to getting what he wants. And he wants Isabel.

While their steamy relationship heats up, an insidious danger seems to be shadowing them. It’s a treacherous threat that could ruin everything.

Soon Ty and Isabel are dealing with an over-protective stepsister, a highly trained German Shepherd, a pain in the butt Welsh Corgi, a jealous gold-digger, an obsessed suitor, a former lover, and Isabel’s quirky tech colleagues. All of which turn out to be the least of their problems.
Because the past won’t die. And it can be murder.

At the appalled expression on her face, he chuckled, the sound so enticing it derailed her thoughts. “Now where was I? Oh, yes. I really want to kiss you, but I won’t until you tell me it’s okay. There’s no way I’m ever upsetting you again like I did on Tuesday in my office.” He dropped his voice to a purr and pulled her body against his. His head bent so that his lips almost brushed hers, so close only a feather could fit in between. Her knees felt as wiggly as Silly Putty and on the verge of collapsing. “So, my sweet Isabel, may I kiss you?”

He called her his sweet Isabel! In her rapture, all she could manage was a half nod.

“Thank God.” His lips on hers, surprisingly gentle, felt as soft as a butterfly kiss. But when a little groan of pure pleasure escaped her, she felt his tongue urging her lips apart. The sensations from the heat of his body pressing into hers, his arousal obvious against her belly, and the sweet invasion of his tongue in her mouth, tasting of whiskey, had her squeezing her thighs together.

Her hands were everywhere on a mission of their own, pulling the soft strands of his hair, squeezing his shoulders and biceps, relishing the solid muscles on his chest, and feeling his tight nipples through the fabric of his dress shirt.

After a deep groan, his breath came in heavy pants as his hands moved down her back, caressing her waist and edging lower.

“God, you feel so fu . . . I mean, so good, Isabel. Too much more and I’m not going to be able to stop.” His big hands grasped her bottom, and he groaned again, urging her even tighter against his erection.

This man made her give up any inhibitions. Her hands splayed across his hard chest and drifted down to his abdomen where her fingers rimmed all those taut muscles defined to perfection. Lost in the moment and completely out of character for her normally cautious nature, her hand inched even lower, and she grasped his impressive erection, rubbing him up and down with her palm. The feel of him aroused her even more. Her panties felt wet.
He shuddered, stilling her hand at his zipper. “Oh, Christ, Isabel, what are you doing to me?”

Leaning back, he drank her in. His eyes were dark blue orbs of liquid heat as he beheld her. His hand cupped her cheek, and he lowered his head to place a tender kiss on her swollen lips. He lifted his head and struggled to speak in between gasps for air.

“You have no idea how much I want you. I’m dying to strip you naked, stretch you on that couch, and take you hard and fast. But I won’t do that. This has to be perfect for you, sweetheart. You deserve the very best, and it has to be done right, starting with a romantic evening out with all the bells and whistles.” His sweet smile tore at her heart. He meant this. He desired her, but it was important to him that it signify something more than just sex. If it were possible to effervesce from happiness, she just might.

But wait. What about her desires? She wanted him now more than anything she’d ever wanted. She felt slippery between her legs and couldn’t wait to see him naked. Needles of disappointment pricked every last bubble of her effervescence. She stared down at the floor while her whole body sagged.

Ty lifted her chin with his forefinger and traced her plump bottom lip with the pad of his thumb. “Are you pouting, Isabel? That’s the most adorable thing I’ve ever seen. Are you disappointed we’re not going to make love now?”

Embarrassed that he figured this out, she began to yank the pins out of her hair. “These are giving me a headache.”

Clasping her wrist, he bent to kiss the tip of her nose. “Here, let me.” He proceeded to gently remove each hairpin, and then, like a harpist fluttering his strings before a performance, his fingers were in her hair, smoothing it out and massaging her scalp. She couldn’t help her moan of sheer pleasure.

“Okay, just one more kiss, Ty, then we’ll say goodnight.” Stretching up, she reached his sensual mouth and covered it with her own. His mouth opened and his tongue thrust in, tasting her. His hands played in the lustrous waves of her hair, and he angled her head for a deeper kiss. Isabel felt the dampness of his skin through his shirt. When her pelvis thrust against him, his tenuous rein fractured as if a cable wire had snapped.

His strong hands slid down the silky smooth skin of her shoulders, along her arms, his thumbs rubbing over the sides of her breasts to her waist and reaching the hem of her dress. He began to pull her dress up then abruptly stopped when his fingers felt the bare flesh at the top of her stockings.

“Oh, sweet Jesus, Isabel. What are you wearing under there? I have to see this.”

His breath came in sharp gusts as he stood back, staring at her shapely legs in lace-edged thigh-highs; her dress bunched almost to her hips. “It’s a damn good thing McConnell is only interested in your stepsister; otherwise I’d have to run him out of San Francisco.”

In one fluid move, he lifted her by the backs of her thighs and wrapped her legs around his hips. Isabel felt the full impact of his erection, hot and hard against her most sensitive spot. She threw her head back in sheer, wanton pleasure. As he lowered her to the sofa, a key slid into the lock and the door opened.

When she’s not writing her next romance novel, Julia Harlow can be found reading a romance, taking a leisurely walk through the historic village she calls home, baking a batch of oatmeal raisin cookies, or watching the latest Netflix drama series.

Julia Harlow lives and works in Cincinnati, Ohio with her husband and rescued cat, Fred.

Posted by CrystalBee at 9:50 PM