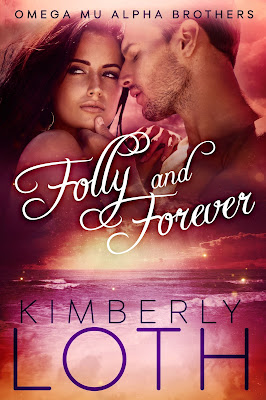 Bethany McAlister loves that house more than life itself and will do anything to keep it. Even if she can’t begin to afford the taxes on it. When a notice arrives informing her that her house is about to go to auction she desperately takes on a roommate, but gets a surprise when the dead sexy Jamie Green shows up on her doorstep to take her spare room. Jamie brings not only much needed cash, but more problems than Bethany cares to take on. But then he presents a proposal that can fix both their problems—get married. Will she say yes and risk her heart or no and risk losing her home that means so much to her?

In the backseat his dog, Hexa, whined. She could see the yard. He let her out, and she rolled around in the grass. At least she’d be happy here. He opened his trunk and stared at the house. The waves crashed behind it, and the air smelled of salt. Yeah. He’d love it here.

The house was three stories, painted a soft yellow with green accents. Three porches framed the massive stairway that lead to the front door. Most of the houses on Folly Beach had garages under the house and the front door on the second floor.

Before heading up the stairs, he stepped back and snapped a few pictures with his camera. That would be for him. To document his time here. He hoped this would be a good several months. They’d be hard, but rewarding. He looked down at the paper in hand. Bethany Davis was his new roommate.

He left Hexa in the yard and headed up the stairs to the double glass front doors. No privacy there. He rang the bell and saw a flurry of movement, and the door opened. He found himself face-to-face with a woman who was five foot nothing, with ice blue eyes and a messy brown knot on the back of her head. She must be Bethany. Her wide eyes opened even wider when she looked him up and down and checked out his two suitcases. She was cute, but not his type. Thank goodness. He couldn’t afford distractions, and in spite of his recent efforts, he wasn’t too good at avoiding them.

“Um, come in,” she finally said. “The bedroom is around the corner.” She wouldn’t look him in the eye, and he was instantly curious. Her posture indicated confidence, but the lack of eye contact did not.

He whistled for Hexa and dragged his two suitcases into the house. He waited for his dog and then shut the door. She made a beeline for Bethany, and jumped up on her, putting her paws her shoulders. Dobermans weren’t heavy, forceful dogs, but Hexa was tall. His cheeks flushed with embarrassment. Good way to meet his new roommate. She’d be liable to kick him out now.

He dropped his suitcases to rescue her. To his surprise though, she was laughing, and instead of pushing Hexa away, she got on the ground to play. She didn’t even look up at him.

He glanced down, and without meaning to, right into her shirt. She had nice cleavage, but he closed his eyes. He did not come to Charleston to get involved with another woman. Besides, she totally wasn’t his type. He preferred his women tall and blonde. At least that's what he told himself. Maybe Miss Bethany would be more distracting than he originally thought.

“Are you okay with her? I’m going to put the suitcases in the bedroom.”

She nodded and pointed to the open door, off the foyer.

The old house had white pinewood floors and light blue walls. It seemed to have a beach theme, with shells scattered on the side tables. An old southern staircase led up to the third floor.

He hauled his suitcases into the bright and spacious bedroom with a balcony. His face fell when he saw the bed though. It was a tiny daybed, clearly meant for a child. There was no way his six-foot-four body would fit on it. He snapped a few pictures of the room and sent a quick text to his assistant. She’d order him something decent to sleep in.

Hexa barked, and he went out to investigate, but both Hexa and Bethany were gone. He walked past the stairs and into a living room. In the kitchen Bethany was sitting on the floor with Hexa, doing tricks for treats.

“She’s well-trained,” Bethany said, keeping her eyes on the dog. This would not do at all. He couldn’t live with her if she wouldn’t even look at him. Well, he could, but it wouldn’t be very fun.

“Yeah, she is.” He crouched down next to Hexa in the hopes that he could at least get another glimpse of Bethany’s eyes.

She kept her hands and gaze on Hexa. “It was nice of you to bring in Jamie’s stuff for her. Is she here yet?”

He creased his eyebrows. “I’m Jamie.”

Bethany continued to pet Hexa and then stood slowly. She opened and closed her mouth. Then she looked him in the eyes for the first time. Her pupils were huge, nearly causing the blue to disappear. “I’m sorry. I told the agency I would only accept females. I think there has been a misunderstanding. You can’t stay here.” She reached around him and reached for her phone.

He grabbed her hand. The one with the phone. He needed to reassure her that he wasn’t dangerous. Her hand was ice cold, and she sucked in a hard breath.

She finally decided to make the leap and leave the U.S. behind for a few years. After living in Cairo, Egypt for 2 years, she's decided to go to the Far East and currently calls Shenzhen, China home. She loves romantic movies, chocolate, roses, and crazy adventures.