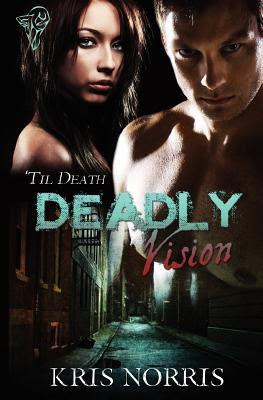 A power she can’t control…

Fallon Kindade is cursed. There’s no other explanation. Just when she thought she’d buried her past to the point it couldn’t be resurrected an eerie voice beckons to her, pulling her back into the nightmare she’s survived twice before. And despite the excuses she makes, Fallon can’t deny the truth. The visions have returned. And they’re more intimate than ever before.

A love he can’t forget…

He’s a fool. Not only is Special Agent Gil Grant unable to catch a break on his newest case, he’s stuck fantasizing about a woman he pushed away. All because of one fatal mistake. A moment he can’t undo. But after leaving Fallon with nothing more than a few words scribbled across a piece of paper, he’s got little chance of ever winning her back.

A slow descent into darkness…

When a twist in fate reunites them, Fallon is powerless against the undeniable heat that still simmers between them. She knows becoming lovers, again, is more than dangerous, especially when her visions are their only hope at finding a killer before he strikes again. But can she trust Gil with the truth, knowing it might be what finally destroys their chance at happiness? Or will the city’s newest serial killer claim her as his final victim? 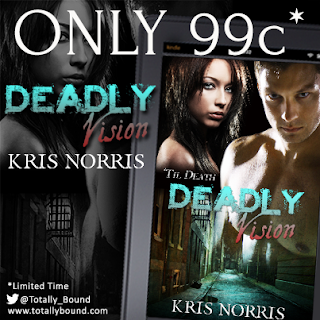 “Another fist match at Joe’s?” asked Jane, clipping her headset in place. “That’s the third time this week, and it’s only Tuesday.”

“Must be the lack of sunshine.”

“More like the lack of willing females,” she retorted. “I swear men get so worked up when they aren’t getting laid.”

“This coming from a woman who gets more than her fair share of sex,” pointed out Fallon. She watched Jane’s face flush a deep red. No doubt she’d made the most of her days off. “You about ready?”

Jane nodded, tapping her computer to life. “Why don’t you go home and call it a day… and a night, for that matter.” She sighed as three lines lit up at once. “And don’t come back for a while, got it?”

“Believe me, nothing will be able to drag me back in here before I’ve had a couple of days off.” She gathered her things, wondering how she’d spend the next forty-eight hours. “Call me later. Maybe we can catch a movie tomorrow?”

Fallon forced a smile as she headed out to her Jeep. Jane meant well, but she seldom called once she left the office. Too much sex, thought Fallon, settling into the driver’s seat. God, what she wouldn’t give to be in Jane’s place. She loved sex. She just wasn’t getting any.

You could have some if you weren’t still pining over Gil.

She cursed the irritating voice in her head. She wasn’t pining over Gil. She was just having trouble moving on. It didn’t mean she was, in any way, pining for him.

'Til Death do us part…

Who knew one small vow could hold so much power—or be so hard to keep? Bound by duty, it'll take more than just fancy words to bring our couples back together, let alone keep them alive. And when the hunters become the hunted, will love be enough to guarantee they live happily ever after? Or will death break more than a promise…

Books 2 and 3 in the series are also on sale through the publisher's website. Click on the covers below to visit their pages.

Author, single mother, slave to chaos—she's a jack-of-all-trades who's constantly looking for her ever elusive clone.

Kris started writing some years back, and it took her a while to realize she wasn't destined for the padded room, and that the voices chattering away in her head were really other characters trying to take shape—and since they weren't telling her to conquer the human race, she went with it. Though she supposes if they had…insert evil laugh.