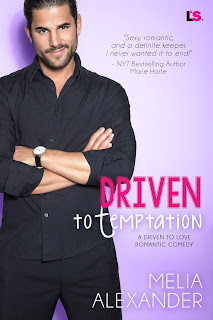 Aidan Ross might be an engineering genius, but people skills? Not this soldier’s forte. Thankfully, a trusted friend is accompanying him to a make-or-break tradeshow…but then a bubbly redhead hops into his truck, claiming to be his new road trip buddy. She’s a gorgeous distraction he can’t afford. Or ignore.

Delaney Harper comes from a family of engineers—maleengineers. With several impressive projects under her belt, she’s on a mission to prove she can hang with the big boys, too. But cracking the sexy, closed-off CEO is tougher than she expects…and hotter than she could have imagined.

With the tempting woman disrupting his carefully planned schedule, Aidan can’t focus on the road, much less their upcoming presentation. The future of his company is riding on this trip, and if they’re to land a huge account, he has to keep his head—and his heart—in the game… 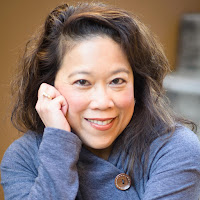 Melia Alexander is the author of sassy, sexy, fun contemporary romances, but is also fortunate to spend her week days at The Male Observation Lab (a.k.a. her job at a construction company) where she gets to observe guys in their natural habitat. Though they often behave like typical alpha males, in many instances she's seen through their personas to the heart of who they really are - the heroes of their own stories.

A native of Guam, Melia traded in warm, tropical breezes for the rainy Pacific Northwest. She's an avid reader who also loves romantic comedies - preferably with a glass of CabSauv and a box of chocolates nearby. In her free time, she's busy conquering her CrossFit fears: ring dips, muscle snatches, and the dreaded 800 meter run. Her family appreciates her attempts at cooking and cleaning, although she spends it mostly daydreaming about her characters, which sometimes results in a burnt meal and a half-cleaned house. 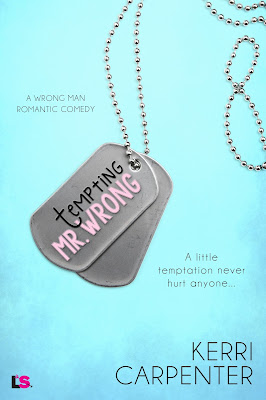 A little temptation never hurt anyone…

Lance Townsend craves freedom after years living a structured existence in the Army. But just as he’s about to start on his bucket list, Lance receives an unexpected request: check in on his goddaughter. The problem? The adorable little girl’s aunt is the one woman he’s never been able to forget.

Carly Quigley can’t believe her brother’s best friend, the man who jilted her years ago, is at her door. He claims her brother asked him to check in on her niece and their fixer-upper, but all either of them can focus on is their undeniable attraction. Carly knows Lance is counting down the hours to leave, which makes him the wrong man for her. Unfortunately, the wrong man has become oh-so-tempting. 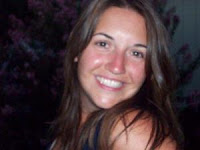 Kerri Carpenter began writing in her grandmother's kitchen at the age of seven in a small town outside of Pittsburgh, PA. A life-long fan of reading, she got lost in the worlds of The Baby-sitters Club and Sweet Valley High. She also assumed that everyone had characters and plots forming in their heads at all times.

Once she turned to romance novels, she couldn't get enough of books with happy endings, so she started writing her own. Now, Kerri writes contemporary romances, usually set in small towns. She enjoys reading, cooking, watching movies, taking Zumba classes, rooting for Pittsburgh sports teams, and anything sparkly. Kerri lives in Northern Virginia with her adorable (and mischievous) poodle mix, Harry.