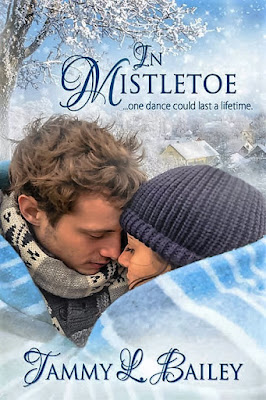 At twenty-five, Grace Evans is steadily picking up the pieces of everyone else’s life. So, when her younger sister decides to turn into a runaway bride just four weeks before the wedding, Grace, drops everything to chase after her and bring her back home. Only, when the trail leads to Mistletoe, Washington, she finds herself at the mercy of the town’s most handsome and emotionally unavailable bachelor.

Ex-Army officer, Ayden McCabe, has three creeds in life: never make the first move, never fall in love, and never take anyone to Mistletoe’s Christmas Dance. Wanting nothing more than to keep his matchmaking sister from meddling in his personal life, he agrees to help Grace if she agrees to play his girlfriend. Too brunette and meek for his taste, Ayden believes Grace can’t tempt him enough to break any of his creeds. He could not be more wrong.

“Do you like rum cake?” he asked to keep himself from having to reevaluate all the reasons again. He admitted Wilhelmina Hawthorne’s dessert was more alcohol than flour, but anything to keep Grace from leaving him to go check her text messages in case the damn wish somehow made it through…not that he believed in the folklore in the first place.

“Sure, but I’m not very good with liquor.” She tucked a piece of dark hair behind her ear.
He chuckled, imagining her getting wild and disrobing on top of his antique coffee table.

“So, what happens with you and alcohol?”

She smiled. “I don’t take off my clothes, if that what you’re asking.”

She laughed but lifted a dainty finger as if to give him a warning. “I fall asleep, so I can have some cake, but keep in mind there’s a very good chance my face will fall flat into the plate after my third bite.”

“It’s your call.” She shrugged. He left her to retrieve Wilhelmina’s prized rum cake, deciding to bring the entire Bundt-shaped dessert with two forks resting on each side. When he entered the room, he found Grace sitting in quiet contemplation, her attention focused on the dormant redbrick fireplace. Since he’d installed the gas furnace several years before, he’d not had any desire to light the fireplace up again, even when his dates hinted several times of how romantic it would be to cuddle before a crackling fire.

She peered up, startled. “No, I’m fine.” She tried to stifle a shiver, and he sat the plate down and ambled away to retrieve some logs from his deck. Despite not using the fireplace, he understood the importance of keeping it ready for emergencies. It took several minutes, but he managed to build a popping fire, the sweet aroma of sizzling sap filling the space with a comforting fragrance. She moved to sit beside him, bringing the blanket his mother made with her.

“This feels wonderful.” Grace closed her eyes and let the flickering light kiss her cheeks.

“Yes.” He sat captivated by her entranced features, realizing how he’d reminisced about kissing her, every glorious inch of her. “Are you ready for some football…and cake?” He projected his voice above the tone of his own thoughts. Her lids flew open, and he wondered where she’d been these last few moments, and with whom. The thought unsettled him.

“Are you ready to carry me up a flight of stairs?”

He cocked his head and narrowed his eyes. “Only if you’re fully naked.”

“How did I know you were going to say that?” She sighed and maneuvered around so the cake sat between them on the short coffee table. As he flipped the game on and muted the volume, she lifted a small bite to her lips when he reached out to stop her.

She gave him a quizzical look. “What’s the matter?”

“How about we make this interesting?”

She drew back, and he knew she didn’t trust his motives. “How…interesting?” 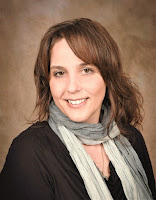 Tammy L. Bailey grew up in historical Appomattox, Virginia and moved to Ohio the day after she graduated high school. A third generation veteran, she joined the Army National Guard in 1988, served five years in the active duty Army, and retired as a Master Sergeant from the Ohio Air National Guard in 2011. She is a wife and a mother of two boys. She is a huge Jane Austen fan and loves watching Jane Austen movie adaptations.