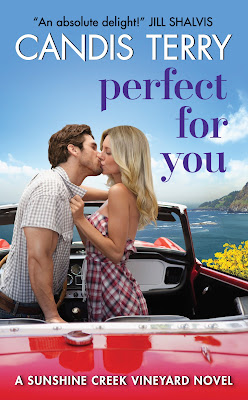 Meet the Kincade brothers: they’ll do what it takes to protect their legacy--but what happens when love gets in the way?

Declan Kincade has spent so much time chasing success he’s almost forgotten how to just live. Lately though, his all-business routine has been thrown into disarray. Brooke Hastings is the best employee Dec’s ever had: polished, capable, and intelligent. After four years, he’s just realized that she’s also smoking hot. But their working relationship is too valuable to stake on a fling, no matter how mind-bendingly pleasurable it promises to be.

What’s worse than never meeting the right man? Finding him, and then working side-by-side every day while he remains absolutely blind to your existence. That is, until one temptation-packed road-trip changes everything. Teaching her gorgeous, driven boss how to cut loose and have fun is the toughest challenge Brooke’s ever faced. But it’s one that could give both of them exactly what they need, if Dec will take a chance on a perfect—and perfectly unexpected—love. 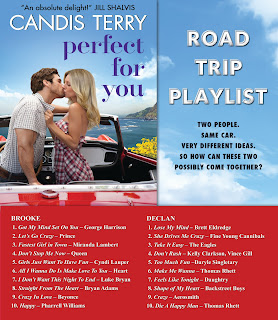 The sunlight caught like spun gold in the wavy strands of her hair. He liked that her face was makeup free, but mostly he liked that she didn’t need a mask to feel confident. Not that he ever planned to date Brooke, but he’d dated a lot of women who’d refused to leave the house until their makeup had been perfectly applied and every hair was in place.

In his mind, all that preparation took away an opportunity for spontaneity. With his busy schedule, sometimes that’s all he could manage—a last minute invite. Brooke had so much sexy going on she didn’t need all that stuff. And today she’d pretty much proved that she was game for the whole spur-of-the-moment thing. Impressive.

“How many business lunches and dinners have I sat through with you, Mr. Kincade?”

He shrugged. “Too many to count.”

“Bingo.” She pointed. “And do you know what you order almost each and every time?”

“And the problem with that is?”

“Good for you. But why not expand your horizons? Eating the same old same old every day is like having missionary sex every time the mood strikes.”

And why did she need to bring that up? Because his imagination definitely didn’t need a push in that direction.

“Shake things up.” She waved her hands upward like she was about to take flight. “Be daring. Live a little.”

Damn she was animated. How the hell did someone get like that?

“I’m happy with things the way they are.”

“Are you really?” As she leaned into the table, the unyielding fabric of that tight white tank top across her breasts dominated his attention.

“You know what they say; all work and no play . . .” she said with a shrug, leaving the remainder of that statement hanging like a noose.

“So you’re saying that eating fish tacos is suddenly going to shake things up in my life?”

“Breaking your same old song and dance routine will. After you’ve opened up the door, anything can happen. Aren’t you the least bit curious?”

The server interrupted them to deliver a large plate of steaming soft tacos, bowls of salsa and sour cream, and two giant froufrou drinks with slices of pineapple and maraschino cherries speared by pink umbrellas.

He was not going to drink something that would immediately revoke his man card. But when Brooke plucked the cherry from her glass, dangled it in the air, and captured it with her tongue, he had second thoughts. By the time she settled the bright pink straw between the soft cushion of her lips and sucked the orange frothy drink into her mouth, he figured he’d be game for just about any damn thing. As long as he could watch her do that all day long. 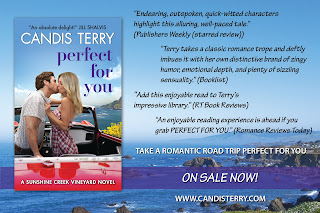 Best-selling and award winning author Candis Terry entertains readers with contemporary romance the Library Journal Reviews calls uniquely satisfying. Both her Sugar Shack and Sweet, Texas series deliver witty and emotional stories about how love, family, and a small town community defines the characters’ lives. Born and raised near the sunny beaches of Southern California, Candis now makes her home on an Idaho farm. She’s experienced life in such diverse ways as working in a Hollywood recording studio to chasing down wayward steers and loves to escape to the breathtaking Idaho forests to energize her imagination.