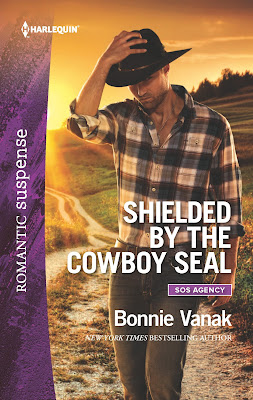 The SOS Agency grants one Navy SEAL his most personal mission yet.

Home on leave at his family farm, Navy SEAL Cooper Johnson receives an unexpected assignment: to protect a beautiful socialite on the run from her abusive ex. Grieving his kid sister, a brave cop killed in the line of duty due to a faulty bulletproof vest, Coop is in no mood for work until he meets Meg Taylor. Soon, he finds that riding the land, lovely Meg safe beside him, is a surprising comfort to his heart. But when he discovers Meg's dark past and the evidence she possesses that her ex would kill to keep buried it will take both the cowboy and SEAL within him to get the ultimate justice.

Meg slowly opened her eyes. She’d been back at the car, Sophie curled beside her, wondering how they would survive the storm and not freeze to death. The cold had pierced her bones like icy knives.
And then she’d closed her eyes, trying to keep her dog warm by holding Sophie tight. The nightmare had been too real. Sophie, kicked out of the house by her husband, wandering the streets during a south Florida cold snap. Curling up in a doorway to stay warm, whimpering and afraid, confused as to why her owners had abandoned her…

She drove, as she had in the past when it really happened, searching the streets for her beloved dog. But this time during the nightmare, a handsome stranger picked Sophie into his arms and scowled at Meg, as if blaming her for Sophie’s condition.

Now as she stirred, she became aware of lying in a warm bed, blankets piled atop her. A lamp glowed softly on a nightstand.

Meg realized she wore only panties and a bra.

And in addition to being half-naked, there was a hard male body next to her, also half-naked. Panic swept through her. She startled and moved away, but a strong, muscled arm hooked around her waist.

The voice was strange, tinged with amusement and a New England accent. The body belonging to that accent was hardened with thick muscle, not soft with fat like Prescott’s. She became aware of the scent of him, all cedar and spicy aftershave, a pleasing masculine smell, not the fancy and expensive cologne disguising the vodka Prescott had consumed far too much lately.

“Get away from me,” she mumbled. “Why are you doing this?

“No one dies on my watch, Princess, and you were entering hypothermia. Body heat is the best way of keeping warm. I daresay your little dog knows this, otherwise she’d be nipping at my toes instead of snuggled beneath them.”

He added, with a wry sound, “And if you got frostbite, the local doc would have to amputate those pretty pink toes of yours.”

She had to get out of here, but oh, the warmth beneath the blankets and the firm, muscled body beside her gave off heat like a blast furnace.

“Should have called her Ouchie.”

Meg’s mushy brain couldn’t register the joke, until she lifted her head and saw her rescuer hold up his hand where a half moon marked the skin. “Bit clean through my glove.”

“Oh no! I’m so sorry.” Mortified, she struggled to sit up, more concerned about her dog biting a total stranger who had saved them from death than her lack of clothing.

He pushed her down. “Easy now. You need to stay under these covers a while longer.”

“No worries,” he said easily. “I trust she’s had her shots, and I’ve had mine, so you needn’t worry about your furball getting a disease.”

Meg realized he was joking. The tension gripping her sore, tight muscles eased a little. She peered upward to get a closer look at him. A thick shock of wavy dark brown hair was cropped short. He had an intense gaze, thin cheekbones and a wide mouth. Handsome, with a hint of Irish blood in those ice-blue eyes.

A dusting of black hair covered his muscled chest. Washboard abs rippled beneath smooth, tanned skin. He was mouthwatering, a prime example of masculinity. Meg stared, still struggling with the unreality that this man had rescued her from the cold and warmed her with his body.

“The one and only,” he drawled. “Your host over the next several days.”

She pulled the blankets up to cover her breasts, well aware her lacy red bra provided thin covering in the chill, and her nipples had turned rigid.

From the cold. Not the pull of attraction toward this handsome stranger. It didn’t matter if her libido sat up and started shimmying.

All she had to do was think of what Prescott would do if he found her, and her heated blood turned to ice.

Cooper lifted the bottom of the blankets. Snuggled at his feet, wedged partly beneath the covers, her dog snoozed. Relief filled Meg. She tossed back the covers, climbed down the length of the bed and gathered her dog into her arms, checking her over anxiously.

“She seems okay.” Meg drew in a deep breath as the awakening Sophie licked her face.

Sheer male interest flared on Cooper’s face. He rearranged the blankets around his waist. Realizing he must have had a bull’s-eye glimpse of her rear end, Meg flushed. She clutched the dog just a little too tightly, and Sophie squirmed.

The interest faded as his expression shuttered. He scratched the bristles on his hard jaw. “You feeling okay now, Princess?”

At her nod, he flung back the blankets, displaying a pair of long, muscled legs. A dusting of hair didn’t hide a wicked-looking scar on his left thigh. Her fascinated gaze traveled upward to the black Jockeys he wore…

And the very large bulge beneath them showing a blatant male reaction.

Seems as if Cooper Johnson was equally attracted to her.

Not that she’d do anything about it. Not in her lifetime.

His mouth curved into a knowing smile as he reached down to the floor, retrieved a pair of jeans. Cooper slid into them and stood, buckling the belt.

“Had to get you warm. Can’t help the consequences. I’m a guy, and you’re a very attractive woman.”

He shoved a hand through his thick hair and the move flexed the biceps of his right arm. A tattoo of a snake writhed with the motion as well. Sailors got inked, from what she knew. And he was a Navy SEAL.

SEALs were tough, Lacey had told her, but their missions and lives were shrouded in secrecy. She wondered what happened to him that he was here now with her. 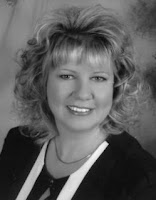 Bonnie Vanak is a NY Times bestselling author. After a career in journalism, she became a writer for an international charity, traveling to poor countries like Haiti to write about issues affecting the poor. When the strain of her job demanded a diversion, she turned to her childhood dream of writing romance novels. Bonnie lives in Florida with her husband and two rescue dogs. Visit her website at www.bonnievanak.com or email her at bonnievanak@aol.com.