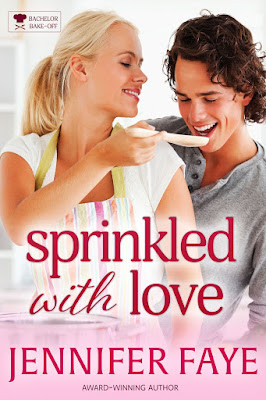 What does one do with a matchmaking cat named Romeo?

Spirited and beautiful, Jillian Parker is one of Marietta’s newest business owners. Still, her mother worries about Jillian’s bare ring finger. So in order to give her mother something else to fuss over, Jillian adopts a cat named Romeo. He turns out to be anything but a docile lap cat.

One snowy night, Romeo makes a break for it. With Jillian right on his heels, they have a near miss with a passing pickup driven by Avery Wainwright, one of Jillian’s closest friends. A rodeo accident has the sexy cowboy returning home to recuperate, and he’s not happy about it.

So when Avery finds himself lassoed into the Bachelor Bake-Off, he turns to the one person who has always helped him out—Jillian. But will teaching him to take chances outside of the show ring have them both discovering that their feelings for each other run much deeper than they ever imagined?

They climbed in the sleigh and then Avery covered Jillian with a heavy lap blanket. “Are you ready?”

She nodded, clutching the thermos. “I am now.”

And then they were off, gliding over the snow. The snow muffled the sounds. And though the moon was hidden behind the clouds, it was still bright out. As they made their way through the field, Avery glanced over at Jillian. She was nestled beneath the plaid blanket and still clutching the thermos. She looked stunning. He should have brought her out here a long time ago.

“What are you smiling about?”

Jillian’s voice drew him from his thoughts. “Who’s smiling?”

“Nothing. I’m just enjoying the evening.” It was so much more than that, but he really didn’t want to risk ruining this moment. He’d worked so hard to pull it together. He wanted to savor their time together.

For a while they glided along in silence. He had a particular destination in mind. It didn’t have a name. It was just a spot where you could see for miles. And at night, it was like visiting a planetarium with all of the stars twinkling overhead.

“Are you warm enough?” he asked.

She nodded from inside her big, fuzzy hood. “I’m perfect. This is amazing. Do you take the sleigh out very often?”

He shook his head. “This is my first time. I usually come out here on horseback.” He slowed the horse to a stop before turning to Jillian. “I wanted to do something special for you. A way to thank you. You’ve always been there for me and my family, whether it was helping me with the Bake-Off or being the best nanny in the whole world.”

He’d obviously done a lousy job of communicating his thoughts in the past. He would have to do better going forward.

“I’m sorry I didn’t make that clear before.” He stared into her eyes. “I really appreciate everything you’ve done for me and my family.”

His gaze dipped to her lips. They were shiny and full. And he was overwhelmed with the desire to kiss her again. So what was holding him back?

They were all alone on this snowy evening. And as he’d come to discover while he was planning this evening, it was a very romantic setting. If he were ever to have a chance with her, it would start beneath the starlit sky. But should he risk it? Should he put himself out there again?

It wasn’t like he was asking her to marry him. It was a kiss—a simple, no-strings-attached kiss. It was a starting point.

He rested his arm over the back of the sleigh. His heart started to pound hard in his chest. He’d kissed a number of girls over the years on the rodeo circuit and he’d never put this much thought into it. But none of them had meant as much to him as Jillian. He leaned toward her.

Suddenly Jillian raised the thermos between them. “Hot chocolate?”

He settled back in his seat. Had he read the signs wrong? Was he that rusty where women were concerned? 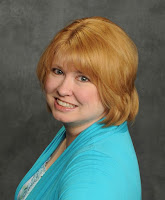 Now living her dream, she resides with her very patient husband, amazing daughter (the other remarkable daughter is off chasing her own dreams) and two spoiled cats. When she's not plotting out her next romance, you can find her curled up with a mug of tea and a book.