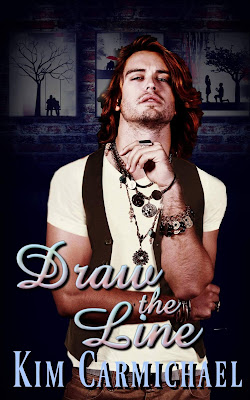 The performance artist and con artist come together for the ultimate marriage of convenience.

Performance Artist, Argyle Brink, lives his life as one big art exhibit. No matter if he is hatching from a gilded egg to show his emergence as a new persona, or donning a suit of mirrors to reflect reality back to his audience, he never misses an opportunity to take a chance and stand by his convictions. Only one thing has eluded him…fame.

In order to save her family’s estate, Malone Summersfield must never return to England. After conning an art critic into taking her across the pond as his fiancée, she thinks her life will be smooth sailing. However, when the man’s wife enters the picture, she realizes the con is all on her, and she needs to get married now. When the strange, yet handsome, performance artist offers to marry her for the price of co-starring in his reality show, she figures she’ll give it a go and become a living art piece.

The show takes on a life of its own, gaining ratings from the sparks between the two stars. Airing everything from their dirty laundry, to public sex in an abandoned zoo, and even living off the grid in a micro house, nothing is off limits. However, when the INS decides to investigate their marriage further, and Argyle uses their predicament to broaden his art, Malone wonders if she will ever come first in his life.

With their marriage, their show, and her citizenship at stake, the two must decide if the ultimate truth lies in the art or in their love.

Back at their loft, she caught his wrist before he slid the key into the lock.

He turned toward her, pressing his back to the door. “When you say my name my whole body responds.”

“How so?” Part of her was never sure if he was serious or in a constant state of playing a role that he didn’t even realize.

His gaze firmly on her face he held his hand out, palm up. “Put your hand on mine.”

She did as he requested.

“Do you ever wonder why there are five fingers?” He turned his attention to their hands together. “Is that all we needed? Would there have been a benefit to a sixth? Could we still have functioned with four?”

Something about his words, the way he took in everything mesmerized her and she shook her head.

“There’s something about holding hands.” As if it were a priceless vase he lifted her hand to his face.
“A public sign of a union, but even when we’re alone I feel the need to hold your hand, have that connection to you. It’s intimate.” He dipped his head down and took his time kissing each one of her fingers.

A jolt ran through each of her fingertips. How long were they going to play these games? “Argyle?”

He gave her a quick glance then kissed her palm.

Be it extreme need that came from being denied or just wanting her husband, her body flooded at the simple, yet passionate, act. “Oh.” Would he ever turn off whatever experiment or art project he thrust them into and make love to her?

He slid his lips up to her wrist, giving her an open mouth kiss there before moving to her forearm.
“Argyle.” Again she tried to figure out her husband.

“Yes?” When he spoke his breath brushed against her skin, sensitizing her every one of her nerves.

She couldn’t take much more of his teasing and she let out a moan.

“Perhaps we should go inside.” He turned back to the door.

“Are you joking?” She caught his arm.

“I’m not one for much joking.” Once more he faced her. “However, if there is something you want, I’m sure that you will find it ready for the taking.”

Done with the games, done with his cryptic words, and unwilling to go to sleep in a state of want one more night, she pushed him back, stood on her tiptoes and kissed him.

She crushed her lips to his. However, while he opened his mouth and gave her access, he didn’t respond and she pulled back, the fire within her raging. What the hell was this?

He wrapped his arm around her and pulled her tight against him. “Why don’t you kiss me, explore me and only worry about learning me rather than concentrating on conventions and how to hurry to some preconceived goal?”

Unsure if this was one of his art works or what, she was left with no choice but to do as he requested. Again, she stood up on her toes, and this time rather than rush to kiss him, she caressed her mouth against his. Like before, he gave her complete access, his lips molded to hers and she kissed him, this time expecting nothing in return.

She took the time to take each of his lips between her own, studying his taste, manly yet sweet, and she let her tongue explore his mouth.

Between them, his erection grew, creating a large bulge that made her desire increase. Something about just kissing him, discovering him, and taking her time aroused her even more. By the time she pulled back, she was breathless as well speechless. 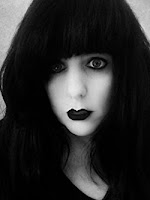 Kim Carmichael began writing twelve years ago when her love of happy endings inspired her to create her own. She has a weakness for bad boys and techno geeks, and married her own computer whiz after he proved he could keep her all her gadgets running. When not writing, she can usually be found slathered in sunscreen trolling Los Angeles and helping top doctors build their practices.