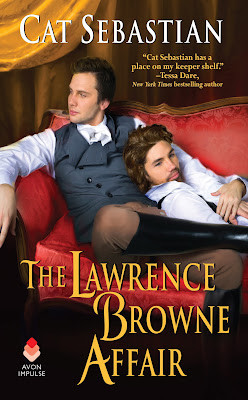 Lawrence Browne, the Earl of Radnor, is mad. At least, that’s what he and most of the village believes. A brilliant scientist, he hides himself away in his family’s crumbling estate, unwilling to venture into the outside world. When an annoyingly handsome man arrives at Penkellis, claiming to be Lawrence’s new secretary, his carefully planned world is turned upside down.

Georgie Turner has made his life pretending to be anyone but himself. A swindler and con man, he can slip into an identity faster than he can change clothes. But when his long-dead conscience resurrects and a dangerous associate is out for blood, Georgie escapes to the wilds of Cornwall. Pretending to be a secretary should be easy, but he doesn’t expect that the only madness he finds is the one he has for the gorgeous earl.

Can they find forever in the wreckage of their lives?

Challenging each other at every turn, the two men soon give into the desire that threatens to overwhelm them. But with one man convinced he is at the very brink of madness and the other hiding his real identity, only true love can make this an affair to remember.

All this fuss about a couple of small explosions. As far as Lawrence cared, the explosions were entirely beside the point. He had finished experimenting with fuses weeks ago. More importantly, this was his house to burn to the ground if that’s what he wanted to do with it. Hell, if he blew the godforsaken place up, and himself right along with it, the only person who would even be surprised was the man sitting before him.

“Five servants quit,” Halliday said, tapping Lawrence’s desk in emphasis. Dust puffed up in tiny clouds around the vicar’s fingertips. “Five. And you were woefully understaffed even before then.”

Five fewer servants? So that was why the house had been so pleasantly quiet, why his work had been so blissfully undisturbed.

“There was no danger to the servants. You know I keep them away from my work.” That was something Lawrence insisted on even when he wasn’t exploding things. The very idea of chattering maids underfoot was enough to discompose his mind even further. “And I conducted most of the actual explosions out of doors.” Now was probably not the time to mention that he had blown the roof off the conservatory.

“All I’m suggesting is a sort of secretary.” Halliday was dangerously unaware of how close he was to witnessing an explosion of the metaphorical variety. “Somebody to keep records of what you’ve mixed together and whether it’s likely to”—he puffed his cheeks out and made a strange noise and an expansive gesture that Lawrence took to represent explosion—“ignite.”

The Reverend Arthur Halliday did not know what was good for him. If he did, he would have fled the room as soon as he saw Lawrence reach for the inkwell. Lawrence’s fingers closed around the object, preparing to hurl it at the wall behind the vicar’s head. Sod the man for even suggesting Lawrence didn’t know how to cause an explosion. He hadn’t invented Browne’s Improved Black Powder or even that bloody safety fuse through blind luck, for God’s sake.

“Besides,” Halliday went on, “you said you need an extra set of hands for this new device you’re working on.”

Oh, damn and blast. Lawrence knew he shouldn’t have told the vicar. But he had hoped Halliday might volunteer to help with the device himself, not badger Lawrence into hiring some stranger. The vicar was convenient enough, and when he wasn’t dead set on sticking his nose where it didn’t belong, he wasn’t entirely unpleasant company.

“I’ve had secretaries,” Lawrence said from between gritted teeth. “It ends badly.”

“Well, obviously, but that’s because you go out of your way to terrify them.” Halliday glanced pointedly at the inkwell Lawrence still held.

And there again was Halliday missing the point entirely. Lawrence didn’t need to go out of his way to frighten anyone. All he had to do was simply exist. Everyone with any sense kept a safe distance from the Mad Earl of Radnor, as surely as they stayed away from rabid dogs and coiled asps. And explosive devices, for that matter.

Except for the vicar, who came to Penkellis Castle three times a week. He likely also called on bedridden old ladies and visited the workhouse. Maybe his other charity cases were grateful, but the notion that he was the vicar’s good deed made Lawrence’s fingers curl grimly around the inkwell as he plotted its trajectory through the air.

“I’ll take care of the details,” Halliday was saying. “I’ll write the advertisement and handle the inquiries. A good secretary might even be able to manage the household a bit,” the vicar said with the air of a man warming to his topic, “get it into a fit condition for the child—”

“No.” Lawrence didn’t raise his voice, but he slammed his fist onto the desk, causing ink to splatter all over the blotter and the cuff of his already-inky shirt. A stack of papers slid from the desk onto the floor, leaving a single dustless patch of wood where they had been piled. Out of the corner of his eye he saw a spider scurry out from under the papers.

“True,” Halliday continued, undaunted. “A housekeeper would be more appropriate, but—”

“No.” Lawrence felt the already fraying edges of his composure unraveling fast. “Simon is not coming here.”

“You can’t keep him off forever, you know, now that he’s back in England. It’s his home, and he’ll own it one day.”

When Lawrence was safely dead and buried, Simon was welcome to come here and do what he pleased. “I don’t want him here.” Penkellis was no place for a child, madmen were not fit guardians, and nobody knew those facts better than Lawrence himself, who had been raised under precisely those conditions.

Halliday sighed. “Even so, Radnor, you have to do something about this.” He gestured around the room, which Lawrence thought looked much the same as ever. One hardly even noticed the scorch marks unless one knew where to look. “It can’t be safe to live in such a way.”

Safety was not a priority, but even Lawrence wasn’t mad enough to try to explain that to the vicar.

“Villagers won’t even walk past the garden wall anymore. And the stories they invent...” The vicar wrung his hands. “A secretary. Please. It would ease my mind to know you had someone up here with you.”

A keeper, then. Even worse. 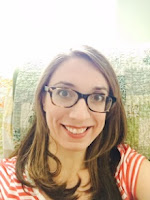