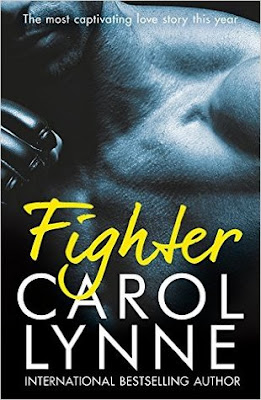 For Lucky Gunn, the hardest fight of his life happens outside the cage.

On the South Side of Chicago sits an old gym called The Brick Yard.

Ten years ago, on a bitterly cold day, Lucky Gunn wandered into The Brick Yard dressed in a threadbare jacket, looking for refuge. He hadn't expected the owner, Tony Brick, to welcome him with a job and a place to sleep when Lucky's abusive and drug-addicted mother made it too dangerous to return home.

Dray was a gay man living in a world of straight fighters. When his secret was exposed to the media, he dropped out, giving Lucky a piece of advice-if you want to make it as a MMA fighter, bury the part of yourself that won't be accepted.

Lucky discovered the cage was the perfect place to keep his demons at bay, but when he learns his trainer and mentor, Brick, is suffering from end-stage cancer, he begins to spiral out of control. After eight years, Dray returns to help Lucky and Brick deal with the devastating news.

With Dray so close, Lucky's old desires return, and Dray teaches him more than how to fight. Torn between his career and the passion he feels for Dray, Lucky's past demons resurface in full force, threatening his sanity and his budding relationship with Dray.

Despite leaving the cage years earlier, Dray finds himself in the battle of his life with the only man he's ever loved. Will he stand and fight or walk away like he did years earlier?

Publisher's Note: This book has previously been released with Pride Publishing under a different title. It has been considerably expanded and re-edited for re-release and now is book one in The Brick Yard series. 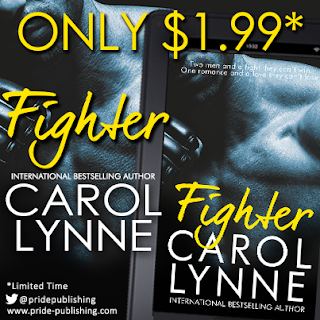 “I thought I might find you in here,” a deep voice said from behind him.

Lucky turned to find Dray standing just inside the room. Dray’s light-green eyes were normally breathtaking, but now they were red and swollen as if he’d broken down more than once that day.

Lucky dropped a towel into the washing machine. “I’m sorry about what’s going on.”

“Yeah, well, that’s my fault. I should’ve known not to trust Vince, but loneliness makes us do crazy things.” Dray leaned back against the wall and crossed his arms over his muscular chest. “I’m leaving,” he announced.

“What?” Lucky took a step toward Dray. “You mean you’re going into hiding to get away from the reporters?”

Dray shook his head. “They canceled my fight on Friday and told me they didn’t know where things would go from here, so I’m moving back to Kansas City.”

Dray stared at the floor. “It’s not the reporters or the sponsors that are running me off.” He rubbed his eyes with the heels of his hands. “It’s the fans. You should read some of the shit they’ve posted on the Internet. People wishing me dead. I get they’re pissed, but, Christ, dead?” He ran his palms over his closely cropped hair. “I know some fighters might be okay with being hated by the fans, but I’m not one of them. If they’re not behind me, I can’t do this.” He pushed off the wall. “I know I’m acting like a pussy, but the faster I can get outta here, the less likely The Brick Yard will be pulled down with my career.”

“Anything.” Lucky took a deep breath, trying like hell to keep his emotions in check.

“Take care of Brick. I love that old sonofabitch.” Dray dug into his pocket and removed a slip of paper. “Here’s the phone number to my cousin’s tattoo shop. If anything happens, you can probably reach me there. If not, Berto can get you in touch with me.”

“There’s nothing that says you can’t come back to see Brick,” Lucky pointed out.

Dray shook his head. “I can’t stand to see the disappointment in his eyes. I know I fucked up.” He met Lucky’s gaze. “Do yourself a favor and don’t make the same mistake I made.”

“Sex, no matter who with, isn’t worth giving up your dreams for. Remember that,” Dray said before walking out of the room.

Lucky stared at the closed door long after Dray had gone, promising himself he’d never forget his idol’s departing advice.

Posted by CrystalBee at 9:54 PM