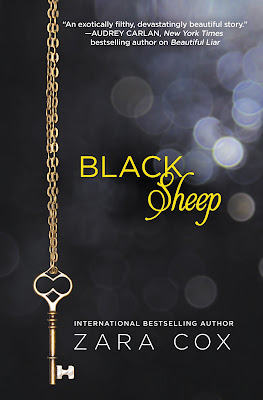 In a family of cold-hearted black sheep, I, Axel Rutherford, am the blackest.

My father has hated me since the day I was born. The feeling was mutual. In the shady underworld that was my legacy, Cleo McCarthy became my light. She was beautiful, passionate, and my whole world. So naturally my father had to destroy us. First he sent me away. Next he claimed Cleo as his own. But now I've returned, and nothing will stop me from taking back everything that is rightfully mine.

He was the love of my life—when my life was still my own.

We were young enough to believe we would last forever, Axel and I. But neither of us realized how cruel life—and our families—could be. Now I'm trapped in a gilded cage: desired by Axel, who must never know the full truth, and controlled by his father, who would sooner see me dead than free. And I wouldn't even care, except that it's no longer only my life at stake. 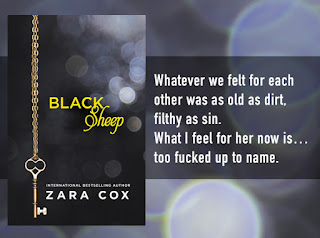 For far longer than I care to remember, I’ve held the power of life and death in my hands. Between one breath and the next, the responsibility was thrust on me. A permanent state I had no hope of escaping. Not if I wish to keep the one remaining parent I have, my mother, on life-supporting machines rather than six feet under with my dead father. Machines that stay on or could be turned off in an instant, depending on which move I make in this deadly game of chess that is my life.

At twenty-six, I should be putting my actively pursued, proudly earned interior design degree to good use. Instead it’s a front for my real vocation as Finnan Rutherford’s companion. A career I didn’t choose but find I’m now irreversibly immersed in.

I had to learn the game fast or risk losing my life through apathy. It’s a good thing I’m a fast learner. I discovered that I’m an even better student with a loaded gun against my temple.

I’ve stood over too many graves and seen the risks Finnan takes with others’ lives not to have learned my lesson. So now I comply. I obey. I smile through the ravaging pain and the blood-red rage in my heart.

Revenge is the only thing that sustains me. It keeps me breathing, helps me place one foot in front of the other, and steers my compass true.

On the worst days, I wonder if everything I’m fighting for is even worth it. Those dark days I yearn to give in. But I can’t. Not yet. Not if I want my mother’s death and countless others’ on my hands. Having finally accepted the responsibility of my birthright, I’ve also accepted responsibility for those in my care. I do this for the dozens who don’t know that me staying on my knees is the only way they get to breathe.

Checking out would be the cowardly. Although I haven’t ruled it out completely as a last resort. For now, like the six prom dresses I tormented myself over choosing from what feels like a million years ago, I’m keeping my options open. The grim, otherworldly humor behind the sentiment almost makes me smile.

The oil-smooth door swings open behind me, wiping away every last trace of phantom humor. In the den where countless lives have hung in the balance, I fight the shiver that trembles up from my ankles.

In the half hour since my return from New York, he’s kept me waiting in this room that reeks of violence and corruption. A deliberate act meant to establish my weakness and his power.

“You failed me again, my angel.” The accusation is softly voiced in a deadly rasp.

I force my spine not to stiffen and take a breath. My gaze rests on the view of the immaculately kept Connecticut mansion grounds and encroaching dawn for an extra moment before I turn around.

Finnan Rutherford, the man everyone thinks is my adopted father but is as far from a father figure as the moon from the stars, regards me from his impressive six-foot plus height. Despite the early hour, he’s fully dressed in a tailored white shirt and navy three-piece suit, his Oxford pinstriped tie neatly knotted. Not a hair out of place. Like his four sons, he’s built of strong Irish stock with a square jaw, thick shoulders and smoky gray eyes always set with narrow-eyed focus. For the longest time, I was terrified of that stare, couldn’t imagine that he didn’t see into my soul and read the intentions in my heart. But I’ve learned to contain that emotion when in his presence, much like I contain all of my emotions these days.

I stride forward, slowly, and pause against his desk, my own gaze direct. “I warned you this plan would fail. You didn’t listen. Don’t blame me now that my predictions are coming true.”

One dark eyebrow lifts. “Are you saying you weren’t the right person to handle this? That I was I wrong to think I could trust you to get it done?”

I swallow the kernel of terror that threatens to break free. I know better than to answer in the affirmative. “I’m saying I would’ve done things differently. Sending me to him almost every night for two weeks reeks of desperation,” I say with a shrug, even though my heart is hammering. Finnan doesn’t like his faults pointed out. But I’m done dancing around the issue. Or subjecting myself to another long night involved in a staring contest with Axel Rutherford.

Check out the series!
Click on the image below to visit the series page on Goodreads. 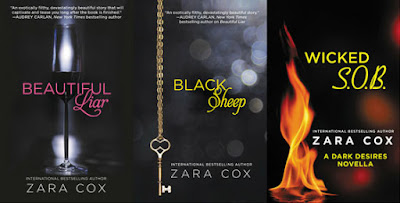