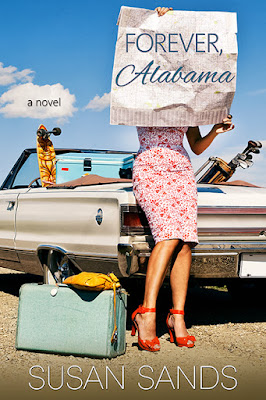 Everybody loves local attorney and favorite son, Ben Laroux.  Well, at least everybody of the female persuasion–until he meets Sabine O'Connor. She loathes him and makes no secret of her feelings, even when he pours on his famous charm hoping to thank her for helping his family. Ben has never been told no, and if there's one thing he's never walked away from, it's a challenge.

Sabine hopes she’s finally found peace and safety in the small town of Ministry. She’s changed her name to escape her painful past and her shameful family secrets. Ben Laroux is a gorgeous and sexy complication she can’t afford, but also can't resist. However, when her past threatens to derail her present and future, Ben might be the only man she can trust.

She fought the urge like mad to scoot closer to her potential client and find out what lay beneath those blue plaid boxers. Her good sense and professionalism warred with her very long-ignored womanly needs.

“Are you having sexy thoughts about me?” Ben asked, breaking into her sexy thoughts. Because his sexy had returned.

“Huh? Of course—not.” Her eyes were unfocused.

“You are. You want to sit on my lap again,” he accused.

“That—wouldn’t be wise.” But God, it would feel so good.

“Stop it! I’m asking for help, here, and you want to climb the tower of Ben.”

“Make you a deal.” He appeared deadly serious.

“You stay here tonight—” He held up a hand to stop her shocked protest. “Listen. I’m suggesting I sleep off my beers, make a call to my buddy to have your car cleaned, and we discuss plans for my therapy. And I’ll make eggs in the morning. If you still look at me like that after I’ve sobered up, then, I’ll have no choice but to kiss you again.”

She couldn’t really see a flaw in his plan. Certainly, there were many, but right now, she was seriously charmed by a stinky, post-vomitous guy with a great house. “Um. I’m not sure that’s wise.”

“Because I’m a little distracted by your sitting there in your underwear.”

His eyes changed, the atmosphere between them became charged. “I knew it.”

“Go take a shower and brush your teeth.”

Both laughed at that. Sabine had no idea where this might lead, but either way, she was certain it was a bad idea. Bad.

Susan Sands began writing on her fortieth birthday. Better than a hot young boyfriend or a red convertible as mid-life crises go. Her first Southern women’s fiction title, Again, Alabama, was published a mere eight years later, with the second, Love, Alabama, and her latest, Forever, Alabama, following closely behind. Growing up in a small town in Louisiana, Susan's passion for reading sparked her interest in writing. She now creates stories about the quirky characters and fascinating relationships that are uniquely Southern.

Susan holds a degree in elementary education, and has lived in the Johns Creek/Alpharetta suburb of Atlanta with her husband and three children for over twenty years.