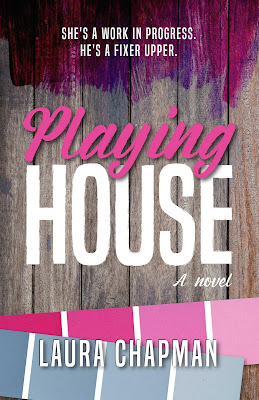 Bailey Meredith has had it. As an assistant at a prestigious interior design firm, she’s tired of making coffee and filing invoices. She’ll do just about anything to get out from under the paperwork and into the field for real experience. Then she sees an ad for a job that seems too good to be true.

Wilder Aldrich knew she would be perfect for the crew the moment he saw her. His hit home improvement show only hired the best, and Bailey had potential written all over her. It isn’t just her imaginative creativity and unmatched work ethic that grabs his attention. There’s just something about her.

With chemistry on screen, it’s only a matter of time before sparks fly behind the scenes as well. But with Bailey’s jaded views on romance and a big secret that could destroy Wilder and everyone he cares about, are either of them willing to risk it all for love?

Keeping a close distance, she followed Waverly up the cracked path to the house. Bailey took quick mental notes of her surroundings. The exterior needed a lot of work. The sagging roof missing gutters made her think they’d find the inside in similar disarray. They stepped through the front door, nearly tripping over Wilder Aldrich, who was measuring the entryway.

“Hey!” He sprang to his feet and out of their way. “What did I tell you about waiting until I gave you the all clear?”

“You were taking for-frickin’-ever, and some of us were freezing our tits off.” She pursed her lips and took on a warrior stance, seemingly daring him to say something else.

Conceding victory to her, Wilder turned and flashed an apologetic grin at Bailey. “Hey.” He offered a hand. Warmth permeated through the thin material of her glove. “Welcome to Casa de Waverly.”

Giving him a smug grin, Waverly sipped her coffee and faced Bailey. “Do you have a smart phone?”

Bailey stared blankly for a second, still dazzled by seeing Wilder up close. But she quickly snapped to attention and dug her phone out of her coat pocket.

“Good,” Waverly said after inspecting it. “While you’re on the job, I’d like you to snap some photos for our social media accounts. I’ll want to vet everything before we post it, but we need to start building the buzz for the next season while we’re filming. In exchange, we’ll cover your phone payments to take care of your data usage. Understood?”

“Good. Now . . .” She pulled out her own phone. It was the latest model that had come out on the market a month ago. With all of its reported bells and whistles, it put Bailey’s poor phone to shame. “I’m going to make a quick call. I’ll be back in a few minutes, and we can get started on,” she gestured around her, “this mess.”

She spun on her heel and waltzed out of the room, cooing into the phone.

Wilder cleared his throat, and Bailey turned to give him her full attention. She estimated he was only a couple of years older than herself—maybe in his late twenties or early thirties. He looked younger in real life than he did on TV. He was leaner and a little shorter—though she still had to crane her neck a little to meet his gaze.

He was also more handsome. Not the GQ model, your tongue-sticks-to-the-top-of-your-mouth kind of sexy. But he was hot in the same way the guy you sat next to in Chemistry was. It was enough to distract you from formulas and Bunsen burners every so often, but not enough that you’d ever set the lab on fire or forget to finish your final exam.

So far, he seemed much more serious. Where was the guy who scared Waverly with a stuffed dummy in a closet in the last episode she’d watched before calling an end to the marathon?

He was, she realized, studying her every bit as closely, with those hazel eyes speckled with green. Noting that, she didn’t feel quite as rude taking mental notes on the man in front of him.

At least she looked good. She’d laid out three outfits that morning in the hotel room. The first was a long, silky turquoise tunic that she’d paired with a pair of black leggings and knee-high boots. It was similar to the clothes Waverly favored on screen—only hers weren’t name-brand knockoffs. Then she had the casual jeans, a gray T-shirt that she could dress-up with a navy blue blazer. And there was option three: dark-wash, fit jeans, a chambray shirt, and a scarf. It was an ensemble that fell somewhere in the middle. It was the one that looked the most like her when she inspected herself in the mirror.

It was the one that felt most like her now in the middle of the foyer.

She wondered what he saw when he looked at her. Did he see a confident young woman ready to tackle major projects adeptly? Or did he see someone who was desperate to create, no matter what happened? Both were correct, but which one shone through right now?

Like a light switch, that triggered something in her. She offered her hand again. “We haven’t officially met. I’m Bailey Meredith.” 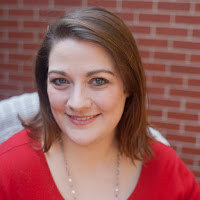 Laura Chapman is the author of First & Goal, Going for Two, Three & Out, and The Marrying Type. A native Nebraskan, she loves football, Netflix marathons, and her cats, Jane and Bingley. Connect with her online on Facebook, Twitter, Instagram, and her website.