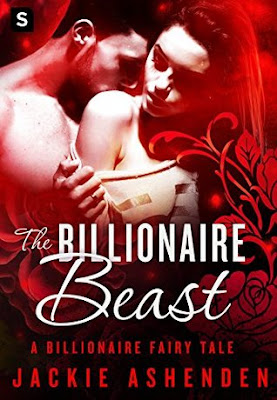 Nero hasn’t left his house in ten years—he demands the world come to him, and the world is only too happy to bend to the strong-willed billionaire. Ruthless, cold, and selfish, Nero wants for nothing and takes care of no one but himself. His last handful of assistants have left his house in tears, but the prim redhead applying for the job looks up to the task. Nero has spent his life shut within the walls he built, with no care to have more than a window to the outside world. But the fiery passion he senses beneath his reserved assistant’s exterior makes him want to break down the barriers he lives behind, and unleash the beast within.

Phoebe needs the obscene amount of money that comes with being Nero’s personal assistant for one thing, and one thing only—to pay for the mounting hospital costs that her fiancee’s two-year coma continues to incur. She’s heard rumors that the de Santis beast is a force that cannot be tamed—but even she isn’t prepared to handle the smoldering intensity simmering beneath his hard shell of feral dominance. Nero is hiding something, something he is fighting with every step he takes. Yet he can’t help but stake his claim on this woman who has shaken up his life, and Phoebe can’t believe this animal of a man is the one person to ever look into her eyes and see her soul. Nero wants to keep her. He wants to devour her. And Phoebe just might let him.

There are heroes that are irredeemable assholes. There is nothing that they can do to change your opinion on them and you have to understand that they are the way they are. Then there are heroes that are assholes by circumstance, but are able to redeem themselves by the end of the book. Thankfully Nero fell in the second category. Nero doesn't see past his own desires. When he sees something or someone he wants, he will stop at nothing until he wins, consequences be damned. It's not until Phoebe started to push back and break down his barriers that I truly fell for Nero. Through her, Nero begins to look at his home in a different way. What was once comforting is now restricting. Those walls that protected him are now suffocating him and that scares the shit out of him. I enjoyed his transformation from asshole to a man able to explore. The Billionaire Beast surprised me in a lot of ways. I love Jackie's writing and I knew that it would be a sexy book. What I wasn't expecting was the emotions that drive the romance between Phoebe and Nero. The attraction is raw and scary for both of them. The Billionaire Beast was a book that I loved as a whole. It pushes the boundaries and tests the reader with a hero that most may not like (especially at the beginning of the book), but at it's core, The Billionaire Beast is about two characters that are able to overcome their past and their limitations to find a love that offers them a better future.