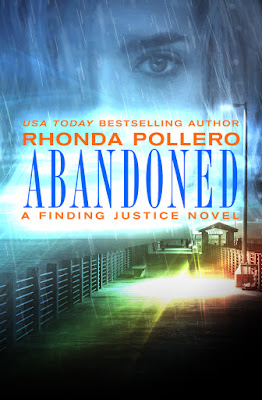 "What is it with you? Do you think that just because you have a decent build and a relatively attractive face that all women should fall at your feet?" - Emma McKinley

There is nothing more dangerous than desire…

Emma McKinley is a bright young lawyer with a very dark secret: She’s the daughter of an assassin.  Twenty years ago, her father shot and killed the president and Emma has been desperate to understand why ever since.  She’s changed her name, moved around…but the past keeps hunting her down.  First came an irresistible job offer, luring her back where the assassination occurred.  And now Emma is receiving mysterious newspaper clippings about the shooting as a terrible reminder—and a deadly threat…

Sheriff Conner Kavanaugh has been burned before.  But from the moment he meets Emma, there’s something about her he can’t resist.  Something is haunting her—that much is clear.  And as the threats against her mount, he’ll do anything to protect her and win her trust.  If the past doesn’t catch up to them first.

One of the best things about being on a romantic suspense kick is returning to a series that I love. Abandoned, the second book in Pollero's Finding Justice series was not as creepy as the first book, but the character background blew me away. I loved Emma's history. Being the daughter of an assassin isn't something I've come across before and now I wonder why. It gave her a very interesting past and a vivid connection with the town, which I loved. Conner was no slouch, either. I wondered if there was going to be a character connection with the first book, then it dawned on me that Connor is the brother of the hero in the previous book. Connor was just as intriguing as Emma. I loved the little moments between them. You know, those moments between threats and keeping a secret from everyone.

As much as I enjoyed reading Abandoned, I will say that it felt as if some pieces were missing which left awkward time jumps. There was one instance where it starts off at point A, but the next scene was point C. I was expecting a little bit more after a certain event and it felt like there was a step missing. It also made some points feel a bit rushed. Obviously I can't explain it in detail because of spoilers, so I hope this makes sense. This really only happened twice in the book, so it wasn't too distracting. I still loved the time I spent reading the book, which was pretty quick. I enjoyed Rhonda's writing style just as much as I did in the previous book. I loved her characters, especially how intriguing and well developed they are. I'm hoping this turns out to be a 4 book series, once they're able to get the 4th brother out of trouble of course. Overall, Abandoned was a thoroughly enjoyable and quick book that kept me guessing throughout.

I previously reviewed the first book in the Finding Justice series. If you'd like to read my review for Exposed and check out the excerpt, follow this link.

A week had passed since Emma had last seen Conner. Well, that wasn’t exactly true: They’d passed one another at the courthouse a few times but he’d done little more than tip his hat in her direction.

Of course she couldn’t decipher a hat tip. Did that mean great kiss or that kiss was so bad I’ve decided to join the clergy? Still, she understood avoidance and Conner was definitely avoiding her. And she was returning the favor. Emma stayed late at the office every night, ensuring she’d miss Conner when he came to pick up Sam after her tutoring sessions.

She sighed heavily and went back to the pile of folders on her desk. Thanks to the long hours, she was completely caught up and was considering going out for a bite for dinner when she heard a noise.

Looking up, she saw Conner standing in her doorway. Hatless, he wore his uniform and a broad grin. “Evening,” he greeted her.

“Hi.” It suddenly seemed difficult for her to breathe normally, so the word came out sounding sultry and embarrassingly alluring.

His answer started with a sexy half-smile. “I’m here on a mission.”

“Mumm-humm.” She didn’t trust her voice. Not when he looked so good in his uniform. “I’m supposed to take you out to dinner.”

Blinking, she looked up at him. “What?”

“Jeanine told Mary that you rarely eat dinner. Mary told George—he’s the gardener for the Burkes—who told Stella, who told me.”

“I thought you didn’t get involved with gossip.”

“I’m making an exception this time. Grab your purse and let’s get out of here.”

“I have work to do,” she protested.

“You’re probably ahead of your workload. C’mon, Emma. Live dangerously.”

She took her purse and briefcase out of the bottom drawer of her desk, then took another minute to freshen her lipstick. “Stella’s or the rib place—which makes an amazing Cobb salad.”

He chuckled. “Who orders a salad from a rib joint?” He shifted his weight to one leg and leaned into the jam. “There’s a decent seafood place two counties over. Game?”

She tilted her head. “Are you asking me out on a date?”

“But what you described sure sounds like a date.”

He sighed. “Okay, yes. I’m inviting you to dinner.”

“See? Was that so hard?” Emma asked smugly. She stood and gathered her purse and her briefcase.

She went to pass him and he grabbed her arm. She looked up and their eyes locked. Then ever so slowly, he dipped his head and brushed his warm lips against hers. He could feel her tense at first, then relax as he deepened the kiss. It was a good thing he’d wrapped his arms around her because she relaxed in his grip.

He could feel the heat of her body through the thin fabric of her blouse; he could feel the contours of her waist before his hand moved lower and gave her firm butt a gentle squeeze. His tongue sparred with hers and he could taste her uneven breathing. Conner had expected a reaction, but not to this degree. Knowing how much she wanted him stroked his ego, among other things.

But then he allowed his past to creep in. His first wife, Lisa, had kept up the pretext of their marriage all while she was having an affair with her boss. He didn’t know enough about Emma to even think about trusting her yet.

He gently set her away and smiled down at her flustered face. “This could get addictive,” he said, reluctantly dropping his hands to his sides.

“Yes...well...What about dinner?” Emma glanced down at her wrist. “It’s after nine.”

“We can make it. Shrimpers stays open until eleven.”

“And no one will see us there?” she asked.

He shook his head and his smile broadened. “Don’t worry. No wagging tongues will know I took the new girl to dinner.”

He shrugged. “It’s not a terrible nickname.”

“What about calling me by my name?”

“What’s the fun in that? We’ll take my car,” he said as they approached the elevator.

“Most of Purdue rolls up for the night by nine.” 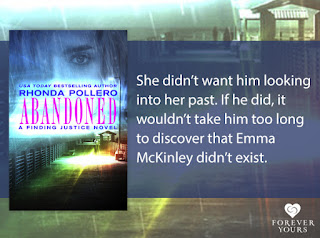