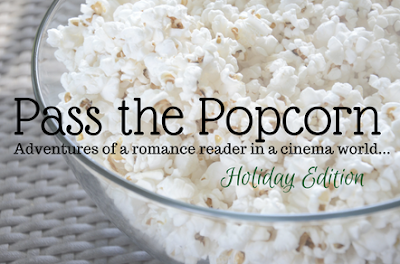 Hello friends! Happy 1st Saturday of December! Since I am spending today at the craft fair, I decided to take another trip down memory lane and talk about some of my all-time favorite Christmas movies. These are a mixture of my favorite movies from when I was a kid and some I wish came out when I was a kid. All are movies that are timeless to me.

1. Santa Claus: The Movie (1985) - For some reason, this was one of my all-time favorite movies as a kid. Sadly I haven't watched it in many years, but I remember loving it when I was a wee one. One of my favorite scenes was when the elves were working on toys and one elf was using another elf's beard as a paintbrush. That always made me giggle.

3. A Christmas Story (1983) - You know how TNT does the 24 hour marathon? Yeah... I could totally watch this movie ALL day and not get tired of it. I've been known to have it on in the background on Christmas day. I'm so looking forward to the live version in a few days.

6. Santa Clause (1994) - This is the first movie on this list that I remember seeing in theaters. There is something about the movie that is timeless. Not only is it hilarious, it also teaches you that you are never too old to believe in the magic of Santa. The sequel is also good, but it's not one of my favorites.

7. Dr. Seuss’ How the Grinch Stole Christmas (2000) - If you ask me this is a movie that isn't on TV nearly enough during the holiday season. I seriously need to get it on DVD so I can watch it when I want to.

8. The Polar Express (2004) - Another movie I can watch constantly and never grow tired of it. If only I was a kid when it first came out. I love the idea that some towns have their own Polar Express events during December and I feel like I would have been all over that when I was younger. I know I'd probably drag my kids just so I could go... If I had kids.

Those are some of my all-time favorite Christmas movies. What are your favorites? Any movies you can watch non-stop?
Posted by CrystalBee at 6:00 AM