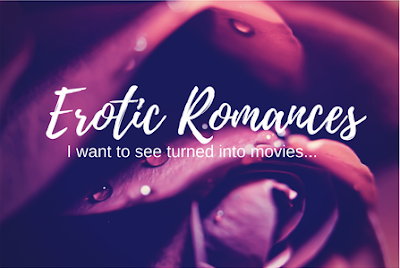 I will be back on Saturday with a special Fifty Shades edition of Pass the Popcorn.

Priest by Sierra Simone
Can you imagine the shock value Priest would have? If you thought the cinematic world wasn't ready for Fifty Shades, then this book would shock the hell out of people. The number one reason why I want it to be a movie isn't for the sex scenes (although those would be hot with a capital H), I mostly want to see Tyler (aka Father Bell) battle his attraction to Poppy. His struggle with the fact that he's about to not only sin, but also go against his vows would be amazing if done correctly. The sex scenes would no doubt result in a NC-17 rating, anything less would be unacceptable.

At His Mercy by Shelly Bell
I could have picked any one of Shelly Bell's books. I love that fact that I fall for all of her characters, even the assholes that turn out to be murderers. Yeah, I went there. With At His Mercy, it's the connection between Isabella and Tristan that I would love to see play out on the big screen, especially as Isabella learns to grasp her freedom by relinquishing sexual control to Tristan, which is something we don't see often in movies. In movies, the lack of control usually leads to the belief that the character is weak, which is so not the case in the book.

Manwhore by Katy Evans
Again, a female character that isn't a naive bunny! I loved the fact that Rachel doesn't immediately fall into Saint's bed. The attraction and sexual tension is on point, but she resists the temptation for as long as she could. I loved watching them grow closer and bond as their walls begin to crumble. Plus the scene where Saint calls dibs? Turn up the fans because women will be swooning everywhere!

Twist Me (Twist Me #1)
by Anna Zaires 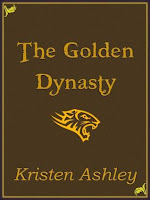