Review: Not Quite Crazy (Not Quite #6) by Catherine Bybee 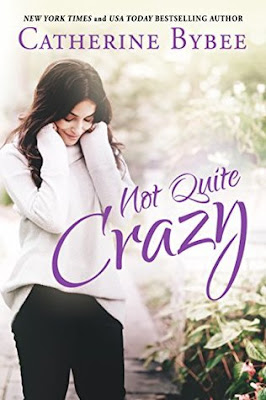 "I could be taking the beautiful new woman in my life out for brunch, or maybe dinner. But since she's playing hard to get, I have to settle for hanging her Christmas lights instead." - Jason Fairchild

From New York Times bestselling author Catherine Bybee comes the sixth novel in the warm and witty Not Quite series.

No one drives in New York City. Everyone knows that, including California transplant Rachel Price. But that doesn’t stop her from driving into the city. From Connecticut. Every single morning. Rain or shine…or snow.

When she runs the charismatic and good-looking Jason Fairchild off the road, their immediate spark is met with bad timing. There is also one tiny little detail: Jason is her boss. And a woman as intelligent and dedicated to her career as Rachel knows not to date her boss.

As CEO of a private jet company, Jason Fairchild is more used to flying than driving. But if he hadn’t chosen to drive home one night, he wouldn’t have met the slowest—and most irresistible—driver in the entire metro area. Jason has never had time for love. Or dating. Or really anything that doesn’t involve work. But when he finds out that Rachel is the newest superstar in his marketing department, he can’t help wondering if fate has other plans…

How is it possible that I have not read any of the books in the Not Quite series? Honestly, the more I think about it the more mind boggling it is... Then I remember that I also haven't read half of Catherine's Weekday Brides series and it eventually dawns on me... I've been living under a rock.

I devoured this book. It wasn't quite as cute as Jason and Rachel's first encounter, but it was love at first sight for me. From the minute I started Not Quite Crazy I could not put it down, which presented a problem since I have the bad habit of starting books when I should really be sleeping. In my defense, though, I'm sure Jason could keep anyone up way past their bedtime. He could sweet talk me into a romp in the snow any day. I loved his tenacity when it came to his pursuit for Rachel. No matter how reluctant she was to embrace their budding relationship, he was there to show her the way. Not only was Jason there for Rachel when she needed him the most, he was also there for Owen when he needed someone to talk to. I loved that about him. Yeah, he's sexy as all hell, but his love for Rachel and Owen was what made me swoon hard for him. Owen needs to be a future hero. This kid was hilarious and lovable. I loved that although he's had to grow up fast, his personality that hasn't dimmed. I know he'll continue to grow into an amazing future hero under the guidance of Jason and his brothers. As for Rachel, the fact that she put her life on hold to support Owen made me love her even more. She doesn't quite know what she's doing at the moment, but her love for Owen shines through. Watching the three of them stumble along as they become a family was fabulous.

I loved everything about Not Quite Crazy, from Catherine's writing to her lovable characters. The one element that really sucked me in was the banter between Jason, Rachel, and Owen. Well, it was really between all of the characters. There were moments that made me giggle-snort. Now I can't wait to start the series from the beginning. The only question is do I tackle them before or after I finish Catherine's Weekday Brides series? 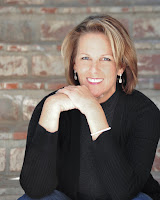 Catherine Bybee is a New York Times, Wall Street Journal, and USA Today bestselling author of twenty-five books that have collectively sold more than three million copies and have been translated into twelve languages. Raised in Washington State, Bybee moved to Southern California in hopes of becoming a movie star. After growing bored with waiting tables, she returned to school and became a registered nurse, spending most of her career in urban emergency rooms. She now writes full-time and has penned the Not Quite series, the Weekday Brides series, and the Most Likely To series.