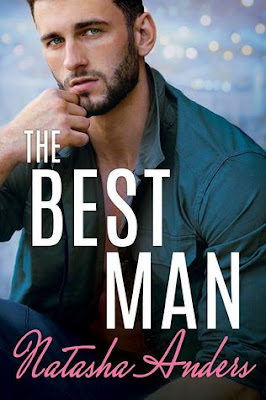 "Darling, do you think I didn't relish every fucking second of what I did to you earlier? The taste of you, the way you melted in my mouth, your sounds, your hands in my hair...biggest turn-on of my life. I could have feasted all night. Can you honestly say you would have enjoyed reciprocating as much?" - Spencer

Hulking ex–rugby player Spencer Carlisle has crushed on Daffodil McGregor since high school. On the field he knew the moves. Off, he was a clueless clod who never gained an advantage. Rejected and rebuffed, his infatuation finally cooled—like ice.

Now, it’s impossible not to feel the chill—since he’s the best man and she’s the maid of honor at their siblings’ wedding. For the sake of harmony, they’re calling a truce.

Daff has her reasons for being a cynic when it comes to romance. And twice as many for not letting on that she finds Spencer attractive—although she’d rather gnaw off her thumb than admit it. Still, there’s more to the sweet and sexy lug than meets the eye. Maybe he is the one who can heal her emotional scars. Maybe he’ll give her a second chance. Because Spencer could be Daff’s own best man—if it’s not too late to come to terms with the past.

So I know I've been talking about a sports romance binge that I went on recently. It went from hockey to football before ending with Spencer, an ex-rugby player. And holy cow, did he light my Kindle on fire!

I loved everything about The Best Man. From the locations to the characters to the author's writing style. Literally all of the above. Daffodil has had quite the journey. Ever since she was in school, Daff has always found herself conforming to what everyone else wanted. When her "friends" were perfect, she felt like she had to be perfect too. Even in her relationships, it was never about her. Instead, she focused on what made them happy. All of this hiding herself has turned Daff into a woman she doesn't know and doesn't want to be. She isn't the easier character to love, but once she started to reveal her true self to Spenser, I started to like her more and more. Spencer, on the other hand, I fell in love with from the moment I met him. Spencer's greatest desire to feel like he's part of a family. He's been in love with Daff for the longest time, but he knows that it is finally time for him to move on. Of course, that's when she finally notices him. It does take them a little bit before they start connecting as a couple, but they eventually click. I loved that, in the end, they brought out the best in each other. Daff saw the true Spencer, someone he doesn't show to the world. As for Spencer, he teaches Daff that it's okay to put herself first. Spencer wants Daff, not the mold she thinks he wants. They were amazing together.

The Best Man was my first Natasha Anders book and I'm pretty hooked. Hopefully I'll have time to pick up the first book in the series before Lia's book comes out. That brief introduction to her new romance was perfection!

Since making her publishing debut in 2012, Natasha Anders has been drawing praise and attention as a new voice in romance. The Unwanted Wife, was a self-published bestseller and the first title in Anders's Unwanted series. Her eagerly anticipated fourth novel, A Ruthless Proposition, is out in January 2016. Born in Cape Town, South Africa, Anders spent nine years as an associate English teacher in Niigata, Japan, where she became a legendary karaoke diva. Anders currently lives in Cape Town.