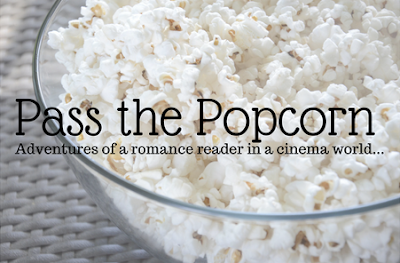 I know what you're probably thinking... Crystal, if you hate creepy dolls so much why do you keep watching movies with them? Simple answer... I don't freaking know.

So a couple weeks ago I was flipping through Netflix and Amazon looking for something new to watch. I wasn't finding anything new that caught my eye, so I went with a movie that I had my eye on for awhile but never could commit to it. I was either drawn away by something else or I talked myself out of it thinking it wouldn't be worth watching. Late one Saturday night (or early Sunday morning), I gave it a go and started watching The Boy. 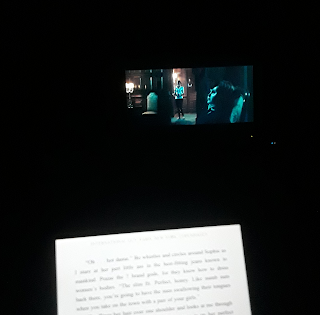 The Boy is a low budget horror flick about an elderly couple that hires a nanny to look over their young son while they're away. As Greta, the new nanny, is given her instructions it becomes clear that something isn't quite right. Shockingly, the boy is actually a life-size doll. When weird events start to happen and she hears the truth behind the family, Greta starts believing that the young boy's soul is trapped in the doll. As the truth unravels and Greta becomes closer to a local man, it is clear that even the story she believes is true is nowhere near as messed up as what really happened.

Holy shit, this movie was fantastic. It was creepy as fuck, but not in an over-the-top way. The movie starts off subtle and as things progress, the creep factor slowly builds to an ending I was not expecting. I loved how Brahms identity was slowly revealed. There was never an 'aha' moment for me. I would love to see if the filmmakers decide to make a sequel.

The Verdict: If you're a fan of Annabelle, you should definitely give The Boy a chance. I think it's actually better than Annabelle since that film didn't quite deliver the creepiness factor I was expecting after loving The Conjuring.

The Book: While I was watching The Boy, I was starting Audrey Carlan's International Guy: Paris, New York, Copenhagen, which I have since put on hold. If you'd like to see my first reaction to International Guy, click on the link below.

An American nanny is shocked that her new English family's boy is actually a life-sized doll. After she violates a list of strict rules, disturbing events make her believe that the doll is really alive.

IMDB - Trailer
Posted by CrystalBee at 6:00 AM