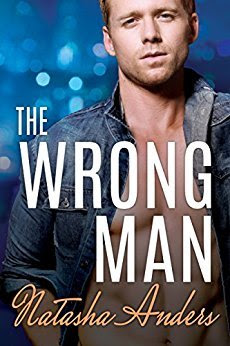 "Hello there, Miss Priss. You're looking very pretty and proper this evening, and you know what that does to my blood pressure." - Sam Brand

No commitments. No expectations. No way this could possibly go wrong…right?

Former special-ops soldier Sam Brand is used to getting what he wants. What he wants is to unbutton the buttoned-down, sweet, and shy Dahlia McGregor. He’s hot to find her wild side. She’s eager to let him explore it. So he makes his proposition—no strings, no hurt feelings, and no promises—save for one: she’ll have the time of her life.

After a broken engagement, Lia’s looking to someday find the right man and settle down. That’s some day. Now it’s all about the night. A hot, meaningless fling with a magnificently weathered blue-eyed stud like Sam couldn’t hurt: he’s sexy, and sure he’s arrogant, but best of all, he’s here. In other words, he’s perfect…for now.

But when Sam is wounded in the line of duty and left in Lia’s tender loving care, all bets are off. Because the more time they spend together, the more it becomes clear: this “one night” deal is getting steamier and lasting longer than they counted on. It started as a fun little game. Is it possible they could be playing for keeps?

After I read The Best Man earlier this year, I couldn't wait for Sam and Lia's book. Seeing them together in the epilogue more that whet my appetite and I was chomping at the bit for The Wrong Man. Going into it, I knew Sam had asshole tendencies. What I wasn't prepared for was how much Sam toe'd the line. I love alpha males that start off as jerks before they learn the error of their ways, but there were moments when I wanted Lia to walk away. Once Sam's true nature came out, I was on his side. Before that, I could have dropped him like a hot potato.

This was my second time reading one of the author's books and I'm quickly becoming a new fan. Yes, her heroes can be a problem at times, but I always admire their transformation by the end of the book. I love authors that take their characters on a journey to self-awareness and Natasha Anders is fantastic at that. As for her heroines, they rock. They are solid, strong sisters that can hold their own. There were times when Lia broke my heart and watching her pull herself back together made me want to hug her. As strong as she is, things still hurt her and it's how she overcomes obstacles that gives her strength.

I haven't had the chance to read the first book in the Alpha Man series, but I thoroughly enjoyed the second and third books. I would love to read more of her books in the future, not just for her characters and writing style, but also for the lush backdrop of South Africa. I love spending time imagining the world her characters live in. Kudos, Natasha. You definitely have a new fan here.

Since making her publishing debut in 2012, Natasha Anders has been drawing praise and attention as a new voice in romance. The Unwanted Wife, was a self-published bestseller and the first title in Anders's Unwanted series. Her eagerly anticipated fourth novel, A Ruthless Proposition, is out in January 2016. Born in Cape Town, South Africa, Anders spent nine years as an associate English teacher in Niigata, Japan, where she became a legendary karaoke diva. Anders currently lives in Cape Town.