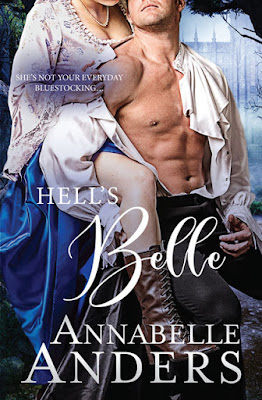 Emily Goodnight, a curiously smart bluestocking – who cannot see a thing without her blasted spectacles – is raising the art of meddling to new heights. Why leave her future in the hands of fate when she’s perfectly capable of managing it herself?

The Earl of Blakely, London’s most unattainable bachelor, finds Miss Goodnight’s schemes nearly as intriguing as the curves hidden beneath her frumpy gowns. Secure in his independence, he's focussed on one thing only: evading this father's manipulating ways. In doing so, ironically, he fails to evade the mischief of Emily’s managing ploys.

What with all the cheating at parlor games, trysts in dark closets, and nighttime flights to Gretna Green, complications arise. Because fate has limits. And when it comes to love and the secrets of the past, there’s only so much twisting one English Miss can get away with…

As the doorway cleared, he gestured to Miss Goodnight to precede him. Her brown eyes flew open wide, as though she’d not expected gallantry. Even with the blasted spectacles, he noticed her eyes now. She rose, crouched over, and edged sideways to make her way past him. Just as she did so, the carriage jostled and with nothing to grasp to regain her balance, she tumbled onto his lap, dropping her bag onto the floor.

“My apologies, my lord!” Her breath fanned against his throat as she gasped her regrets. Despite all her bristle and intellectual outrage, she was still a woman. Marcus couldn’t possibly ignore this fact with her squirming around on his lap.

Soft bum. Tiny waist. He’d not considered before what she hid beneath her petticoats and drab dresses. For one outrageous second, he imagined what her thighs would feel like wrapped around his waist. The tender skin between a lady’s legs never failed to arouse him.

When she pulled back to peer up at him, Marcus had to blink himself back to reality. Except… one of her eyes looked perfectly normal, but the other was hugely magnified behind the remaining lens.

The glass had fallen out again.

A little freakish, to be sure, but she also appeared adorably confused and more than a little… lost. Marcus couldn’t help but laugh.

Her face scrunched into a scowl, drawing even more hilarity from him. “Lord Blakely! I’m glad you find my handicap so amusing!” She turned her attention to his shirt front, lowering her face closer to it, and her curious hands began searching his person. “It must be here somewhere!”

After his initial shock, he realize she wasn’t suddenly overcome with his masculine assets so much as to fondle him, but that she was searching frantically for her lens.

“I can’t see without them!"

Tiny fingers explored down his sternum, past the waist of his breeches… Good God! Did the woman not know what she was doing? She’d dropped to the floor and now kneeled before him, her fingers probing still. His thighs, around his lap, the seat.

“Hold still, woman!” he finally ground out. And then…

Married to the same man for over 25 years, I am a mother to three children and two Miniature Wiener dogs After owning a business and experiencing considerable success, my husband and I got caught in the financial crisis and lost everything; our business, our home, even our car.

At this point, I put my B.A. in Poly Sci to use and took work as a waitress and bartender. Unwilling to give up on a professional life, I simultaneously went back to college and obtained a degree in Energy Management.

And then the energy market dropped off.

And then my dog died.

I can only be grateful for this series of unfortunate events, for, with nothing to lose and completely demoralized, I sat down and began to write the romance novels which had until then, existed only my imagination.

I am happy to have found my place in life. 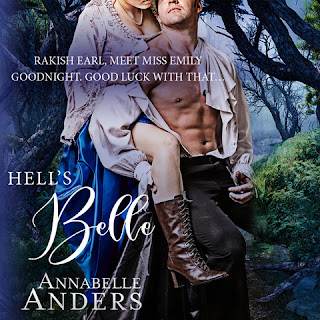