Spotlight: More Than A Phoenix (Phoenix Brothers #2) by Ashlyn Chase 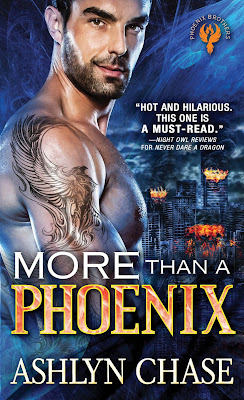 What do you get when you take
Two phoenix shifter brothers
Throw in one powerful witch
And one…monkey shifter?

Mallory Summers is losing it. She’s discovered she can talk to dead people—and she might be able to shift to monkey form. Firefighter Dante Fierro knows the quirky beauty isn’t crazy—just supernatural. But what would she think if she knew his secret?

Hothead Noah Fierro has his own sparks flying with gorgeous ER doctor Kizzy Samuels. While the attraction is mutual, so are the supernatural secrets. With this much sizzle going on, how do you not get burned?

Fighting fires is easy... Finding love is the hard part.

“Why did you say no?” Ruth whispered from her spot on the buttery-soft leather sofa.

“I didn’t say no. I said ‘not now.’ It’s not the same thing,” Kizzy explained. Their father would be returning any minute. She had to shut down this conversation.

“It is to a guy. When was the last time you dated?”

Kizzy elbowed her sister in the ribs as their father ambled into the living room, scanning the thick tome in his hands.

“I don’t know, girls. I don’t see anything in here about who could be looking for the other books or why. We don’t even know for sure that there are two more. The story that the three together create unlimited power could be just that. A story. You swear you’ve felt someone probing, Ruthie?”

“I swear, Dad. I don’t know who it is, but the energy feels malignant.”

“Holy pickled pig’s feet!” Kizzy said. “Malignant? Are you sure?”

“Why is everyone questioning my psychic sense? I wouldn’t have said anything if the energy was neutral, benevolent, or if I wasn’t sure.”

“I’m sorry, Sis. Even though Dad and I are less psychic than you are, I would have thought we’d pick up on something like that.”

“Well, I don’t know about Dad, but you’ve had something else on your mind.” Ruth winked at her. “Besides, you can develop your psychic power, if you’re willing to spend the time practicing.”

“Oh? You’re distracted?” Their father picked up on the one thing Kizzy didn’t want to talk about. “Doctors like us can’t afford to let that happen. Is everything all right, Kizz?” He set the book on the mahogany coffee table and sat in the adjacent chair.

“Everything’s fine, Dad. Nothing to worry about.”

“Really? Because you girls know if there’s ever anything you need to talk about, I’m here for you. I’ve been both father and mother for fifteen years, and with the help of a nanny, I think I did a pretty good job.”

“You did. And we know you’ll always be there for us,” Kizzy said. “Don’t worry so much. You raised us to be independent women, able to handle ourselves.”

“Tell me what?” He sounded alarmed. Now, he’d never let it go until she offered an explanation. She gave her sister the stink eye.

“There’s nothing to tell. It’s okay, Dad. Really. I just met a guy. Nothing may come of it.”

“She met a tall, dark, and handsome firefighter. And he asked her out. I hope she’ll give him a chance. It’s been too long, Kizz.”

“A firefighter? Oh, honey. That’s not a good choice. The job is dangerous. You’ll always be worried about him. And talk about crazy hours… They’re on for at least twenty-four at a stretch. I don’t see how that’s even legal. No one can function after a rough double shift. We both know that firsthand.”

“She turned him down,” Ruth said.

“Now, wait a minute,” Kizzy said. “I only said no for now, because of what Ruth was telling me. It sounded like a bad time. I didn’t necessarily turn him down for a date sometime in the future.”

Aaron Samuels sat forward. “It is a bad time. And so is any time in the future, as long as he’s a firefighter. I imagine that won’t change. They tend to be adrenaline junkies.”

“Come on, that’s an unfair generalization.” Kizzy knew she sounded defensive, but she didn’t care. “Noah’s whole family is part of the fire service. Keeping the city safe is a noble profession, and he seems to love it. Plus, he’s careful, and he does things for charity. He’s a good guy, Dad.”

“And he works in Brookline?” her father asked.

“What does that mean?” Ruth asked and giggled.

“It means that’s a crummy place to work. He probably sees the worst of humanity there. If he were working here or in Chestnut Hill or somewhere in the suburbs, it might not be so bad.”

“For crying out loud, Dad. It’s the financial district! Not Dorchester or Roxbury. Maybe he’ll get a hot stock tip from a grateful broker. Why do you always assume the worst?”

“Dad, Kizzy, we need to focus on the book.” Ruth sent her an apologetic look. Clearly, she hadn’t expected the conversation to take such a pessimistic turn.

“Yes, you’re right, dear,” the elder Dr. Samuels said. “I wish I had your psychic powers, but I don’t. Male witches in our family have other gifts, but divination isn’t one of them. I have to rely on the two of you to keep me informed. Please put your love lives on hold until we figure out what this threat is. Please? Humor an old man, okay?”

Kizzy frowned. “I already did that, remember? I said ‘not now,’ and Ruth thinks I might have discouraged him altogether—even though I didn’t mean to.”

“And I’m engaged but without a date set, so I’m all yours for the time being. I’d rather not move back home though. Then I’d have to explain why to Gordon, and I don’t think he’d understand.”

“Look, I know you’re adults, but I’m still concerned for your safety. You’ll just have to put up with me being a little overprotective.”

“I’m not convinced it’s necessary yet,” their father said. “Until a date is set. Don’t get me wrong, I’m not pushing you to get married. Neither one of you. I’d rather you be one hundred percent sure of the man’s love, devotion, and trust.”

Kizzy sighed. “I know, Dad. And believe me, I’m grateful I don’t have to put up with some of the pressure my friends do. They tell me about parental conversations that include phrases like ‘I won’t be around forever’ and ‘you need to get married before the dreaded 3–0.’”

“You have plenty of time, Kizz. I like your sister’s idea of developing your psychic powers. Maybe between both of you, the other books can be located.

“We don’t know what’s coming for us,” he continued. “If it’s as malicious as you say, we may be facing something truly evil. I never told you this, but on her deathbed, your great-grandmother begged us not to let ‘the entity’ get all three books.”

“The entity? That’s what she called…it? Or them?”

“I wish I knew more. We tried to get her to elaborate, but she died moments later.” 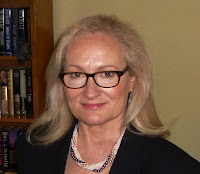 Ashlyn Chase describes herself as an Almond Joy bar. A little nutty, a little flaky, but basically sweet, wanting only to give her readers a scrumptious, satisfying, reading experience. She holds a degree in behavioral sciences, worked as a psychiatric RN for several years and spent a few more years working for the American Red Cross where she still volunteers as an instructor. She credits her sense of humor to her former careers since comedy helped preserve whatever was left of her sanity. She is a multi-published, award-winning author of humorous erotic romances. Represented by the Nancy Yost agency in New York, NY, she lives in beautiful New Hampshire with her true-life hero husband and a spoiled brat cat. 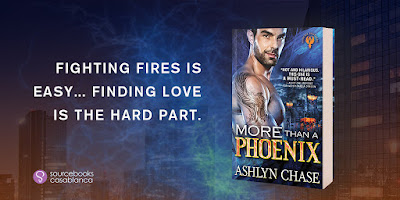