Review: He Loves You Not (Serendipity #2) by Tara Brown 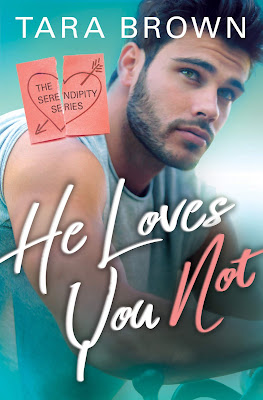 "You're so beautiful, Lacey." - Jordan Somersby

How can a fidelity test possibly go wrong? In this sweet and sexy romance, international bestselling author Tara Brown counts the ways…

Among her superrich friends, Lacey Winters never minded being the “poor one.” That is, until her tuition money and big dreams vanish overnight. Now Lacey has a plan to make some extra cash—a devilishly brilliant plan. For a fee, she’ll test your boyfriend to find out if he’s faithful or a cheating jerk. Her next target: a slick and sexy trust-fund playboy. Unfortunately for Lacey, his charms aren’t just legend. And before she knows it, she’s under his spell.

It was bad enough that Jordan Somersby’s father forced a spoiled “society princess” on him. Then Jordan had to go and find his dream girl—the beautiful, fun, and down-to-earth Lacey. And he’ll do anything to prove he’s sincere. But pretty soon it’ll be Lacey’s turn to prove that this is not just a game.

Because, when it comes to mixing love and deception, nothing is what it seems. And Lacey and Jordan are about to face the ultimate test.

It's been so long since I've read a new adult romance that I forgot how much of an emotional whirlwind they can be. No joke, I had to put down He Loves You Not many times to sort of regroup only to get sucked right back in. There is a lot going on in this book, which felt a bit overwhelming at times. I had fun getting to know the characters. Jordan is genuinely a good guy that often gets lumped in which his skeezeball brother and grandfather. Lacey is the kind of young woman who'd want as a friend in college. She's fun and hardworking, as well as extremely resourceful which could come in handy if you ever find yourself with a cheating boyfriend. Her group of friends and extended family were loving and thoughtful. I enjoyed spending time with them. Overall, He Loves You Not was a fun new adult romance that kept my attention even when I needed a bit of a breather. The characters were fun. I enjoyed watching Jordan and Lacey grow as individuals and as a couple. I appreciate that it wasn't all sex, all the time. They took their time falling into bed and I liked that. I enjoyed the author's writing style. It was my first book from her and I do hope to pick up another in the future. If you are a fan of new adult romance, He Loves You Not is one that you should give a shot.

Take the "Fidelity Test" with Tara Brown's He Loves You Not

My newest release is He Loves You Not!

The high concept romance is centered around Lacey Winters, my hard working and slightly devious heroine.

She’s intelligent, fun, and absolutely gorgeous inside and out.

Her main love in life is her brother Martin, who at the start of the novel is diagnosed with something terrible.

The sickness puts Lacey into a bit of a tailspin. Not only is her favorite person in the world sick, but the availability of her funds for her final year of college come into question.

Not that she would ever complain, the money is going to a worthy cause.

But Lacey needs to graduate. Her dream job is awaiting her.

Which means nothing will stop Lacey from finding the money. She’s ingenious, crafty, and surrounded by the wealthy elite of Manhattan. All she needs is a plan.
As if God handed her the idea himself, the week she is desperate for an idea, one lands in her lap. Most of her friends are dating guys Lacey has questioned at one point or another, and that week one is being particularly shady.

With the help of her brother, Lacey puts that questioning into practical application—a fidelity testing company called The Test Dummy.

What she doesn’t expect is that the idea will hit home with so many of Manhattan’s upper crust. But it does.

And pretty soon, business is good.

Which is where everything goes wrong, and right.

Fidelity testing is how Jordan Summers is brought into her life, even if it’s to test him for his socialite girlfriend.

The number one rule of the company was don’t get caught.

After meeting Jordan, it quickly changes to don’t fall for the clients.

But nothing is easy in love and war.

And make no mistake, Jordan Summers is at war.

His father has decided to use him in a plot to get a huge investment from a family friend, by hooking Jordan and the man’s daughter up.

The daughter couldn't be less interested in the relationship and Jordan is desperate to get out of it. Desperate enough to hire the hot new fidelity testing company under the guise he’s his new girlfriend then make himself look guilty.

What he doesn't know is the company is owned and operated by the girl he’s chasing and that his infidelity will question everything she thinks she knows about him.

This tale is high drama, loads of angst, and laughing out loud for hours.

You won’t want to miss this one!

I dialed my brother and hid in an alcove.

“Yeah,” I whispered, and glanced around. “I need advice.”

“What if I created a company that fidelity-tested guys, offering this as a service for a fee? Is that morally wrong?”

“Fidelity-testing service? Who would honestly pay someone—never mind. Forget I even asked that. We both know who would pay for something so stupid. Is this hypothetical?” He laughed hopefully.

“No,” I whispered, and scanned the hall again. “What would I need?”

“Honestly? I don’t know. I’d need a minute to think about it.”

“You have a minute.”

“Have you given something like this much thought before?” I asked quietly, a little worried.

“Yeah, this is totally what I spend all my free time thinking about,” he said sarcastically. “It’s simple logic, moron.”

“Can you help me make this?” I closed my eyes for a second and really contemplated if this was a good idea.

“Probably. You would make your entire year of tuition and probably mine in the next two months of summer. I would totally be down for this.” He was too eager. “I legit have nothing better to do. But I have one condition.”

“Hennie. You give me your blessing to ask her out. I will knock that website outta the park.”

“Fine,” I hissed, and closed my eyes and forced myself into a momentary chant of do whatever makes him happy before I continued with the regular worries. “Are we going to burn in hell for manipulating people like this?” Second-guessing was already starting.

“No. Dude. If girls are willing to pay you for this, that’s their choice, and you should take the money. And it’s the guy’s choice whether or not he acts like a dick. Not your problem. This is like being a PI for love. That’s what you should call it. PI for Love.”

“I was thinking Fidelity Tester,” I whispered, and checked the hall again.

“You’re stupid.” We automatically slipped back into our brother-sister banter.

“Dear God. Don’t you claim to work at a marketing firm?”

“Shut up. Test Dummy.” I laughed, thinking how insanely stupid this idea might be and how dumb I sounded even contemplating it.

“Winner!” He smiled. I could hear it in his tone. “Test Dummy it is. I’ll set up the email account now: iamthetestdummy@gmail.com. The address is available; no surprise there. I guess there isn’t a lineup of other creeps putting money on the name.”

“Okay.” I inhaled sharply. “I’ll go advertise it where all the girls look, kinda random and casual, like it’s on the DL.” I took a second deep breath. “Thanks.”

“No, no. Thank you for the chance to contribute my talents on such a positive, healthy, world-benefitting project, with the side perk being you forced to accept my adoration of Hennie. First order of business, stop the players; next up, save the whales. I’ll get started now.” 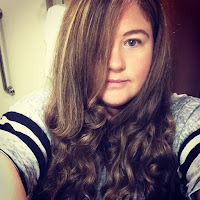 The international bestselling author of Roommates and the Puck Buddies series, Tara Brown writes in a variety of genres. In addition to her comedic Single Lady Spy series, she has also published popular contemporary and paranormal romances, science fiction, thrillers, and romantic comedies. She especially enjoys writing dark and moody tales, often focusing on strong female characters who are more inclined to vanquish evil than perpetrate it. She shares her home with her husband, two daughters, two cats, an Irish wolfhound, and a Maremma Sheepdog.