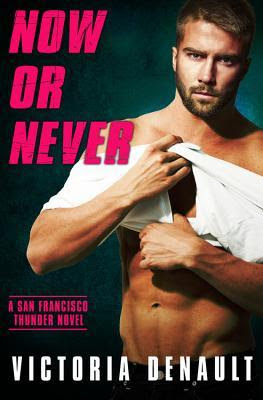 "You are incredibly beautiful, despite your personality, you know that?" - Holden Hendricks

From the bestselling author of the Hometown Players series comes a sexy romance about a bad boy hockey player who wants a second chance to win the heart of his high school crush.

All Winnie Braddock wants is a quiet place to be alone and time to heal her battered heart. But the refuge she’d hoped for in her family’s summer cottage is destroyed when she gets there to find Holden Hendricks literally camped out in the driveway. He made her life hell when they were kids, and despite what he says, it doesn’t look like much has changed. She doesn’t care if her brother hired Holden to renovate the house this winter; she wants him gone.

You miss 100 percent of the shots you never take. Holden knows that hockey saying all too well. After all, he could have gone pro if he hadn’t messed up so much as a kid. But now he’s desperate to prove he’s changed for the better, especially to Winnie Braddock. As the two work together to fix the cottage piece by piece, they realize that perhaps they can give each other the new beginning they’ve both been waiting for-if they’re just willing to take the shot.

In the two years since I first read Score, Victoria Denault has quickly become one of my favorite hockey romance authors. Her books always have an authentic feel to them that can only be described as written by a true hockey fan. After reading Slammed and When It's Right, I knew the final book in the San Francisco Thunder series was going to be an emotional ride and it was.

The beginning of Now or Never starts five days after the death of the Braddock patriarch and as Winnie watches her siblings go on like life will somehow go back to normal, she can't help but feel lost. Standing at a crossroads... Does she go back to Toronto with her longtime boyfriend and act like everything is okay? Or will she take some time to be by herself and heal? She doesn't feel at home in San Francisco like her brother and sisters do. Her heart isn't in Toronto. The only place she feels comfort is in the tiny cottage her father loved. So, she does what her heart wants and stays behind. To her surprise, Winnie's brother hired her teenage nemesis and former bad boy to renovate the cottage. So much for healing on her own...

They say you can never go home... Holden Hendricks wishes that were true. Let's not beat around the bush, he was a little shit when he was a teen. What most people don't know was that was a facade. Hidden underneath the bad boy image was a lost kid. He never quite recovered from the death of his mom and acting out what the only way he could get attention. So he did. Those things he was guilty of? Most of them were probably done by his shitty friends. And the things he did do, he wishes he could take them back. Prime example, tormenting Winnie. Now he's back in town working on the Braddock's cottage, he thought he could keep his head down, work on the cottage, and get his new renovation business of the ground. With Winnie around... Things get a bit more complicated.

After I finished When It's Right, I immediately messaged Victoria because I had to know what was going to happen with Winnie. We know that her relationship with Ty is rocky, but we don't know why. The only thing Victoria told me was to just wait... And so I did... Would Now of Never break my heart with the passing of their dad? Yes! Would we find out why Winnie and Ty are on the rocks? Yes. Will the Braddock family be okay? Yes. All my questions were answered and the San Francisco series was wrapped up perfectly. I adored Now of Never. Holden slowly helping Winnie's heart heal from the loss of her dad... Winnie standing up for Holden when no one else would... All perfection. I loved every moment of this book.