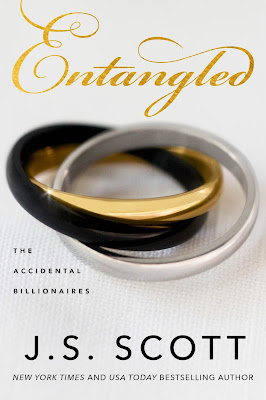 Aiden Sinclair was a commercial fisherman before he suddenly came into his billionaire inheritance—not that he’s complaining. Being a Sinclair does have its perks. But things were simpler before the money. He may have been dirt poor, but he loved his job and fully intended to always come back from the sea to his girlfriend, Skye Weston, so they could move toward something more permanent. Or at least that had been the plan . . . until he returned from a two-month fishing trip to discover she had moved away and was marrying somebody else. It tore his world apart.

Now Skye’s back in town after nearly a decade. She’s a single mother and just as beautiful as ever. However, for some odd reason, she appears to hate him, when it should be Aiden who wants nothing to do with the woman who dumped him. Unfortunately, more than nine years of separation have done nothing to put a damper on their white-hot chemistry. But even if those feelings are real, Skye has been keeping secrets. The truth of the past is about to come to light, and there is so much more at stake than just Aiden’s heart.

My heart sank as I realized there was only one seat available at the dinner table.

That’s what I get for running late.

Every chair was taken except the one next to him.

The man I’d been trying to avoid ever since I’d come back to Citrus Beach, California, permanently with my daughter, Maya.

He was the thorn in my side.

He was the only part of moving home after almost a decade away that I hated.

And I never let myself forget that for even a moment.

I sighed in resignation as I looked around the enormous table—like I was suddenly going to see another vacant place.

Not going to happen. My timing and my luck had never been all that good, so why should that change now?

“Come sit next to Aiden, Skye,” my best friend, Jade Sinclair, requested from her spot next to her billionaire fiancé, Eli Stone.

Jade and Eli were the reason I was here. The only reason. We were two weeks away from their wedding ceremony, and this was an impromptu get-together for everyone involved in planning the festivities or included in the wedding party. Eli’s home in Citrus Beach had been the logical place to meet up since his house was bigger than Jade’s.

Honestly, almost everyone here had the last name of Sinclair except for Jade’s fiancé, Eli’s mother, and Jade’s twin sister, Brooke, since she was wedded to Liam Sullivan now, and … me.

I was still Skye Weston, even though I’d been married and divorced. I’d changed my name back to my maiden name soon after my ex-husband had been put in prison for life.

I looked around the table again, amazed that one family could take up so much space. I was the only child of a mother who had been a single parent, so the Sinclair family was so different from my own.

I’d been an only child, a lonely kid.

Even now, my daughter was really all I had.

How could a family this size not take up a lot of room? Jade had four brothers, and a twin sister. Her half-siblings, cousins, and a bunch of other family hadn’t even shown up yet from the East Coast, and the large dining room was full.

I started making my way slowly down the table reluctantly after I shot a fake smile at Jade. I didn’t want her to know that sitting next to Aiden would be torture for me.

“Sorry I’m late,” I said in a voice loud enough to carry to my best friend. “I got hung up at the restaurant.”

When wasn’t I delayed by work at the Weston Café? I’d put every available moment and penny I had into getting the little diner I’d inherited from my deceased mother to turn a profit.

The only thing more important than work was my daughter, Maya.

I finally sat my ass down, and smiled at Seth, another one of Jade’s older brothers, who was sitting on my left.

I completely avoided looking to my right since I was determined to ignore Aiden.

“How are you doing, Skye?” Seth queried politely.

I’d be doing a lot better if I wasn’t forced into sitting next to Aiden.

J.S. “Jan” Scott is the New York Times and USA Today bestselling author of numerous contemporary and paranormal romances, including the Sinclairs and the Accidental Billionaires series. She’s an avid reader of all types of books and literature, but romance has always been her genre of choice—so she writes what she loves to read: stories that are almost always steamy, generally feature an alpha male, and have a happily ever after, because she just can’t seem to write them any other way! Jan loves to connect with readers.

Posted by CrystalBee at 8:32 PM