Review: For His Pleasure (Forbidden Lovers #3) by Shelly Bell 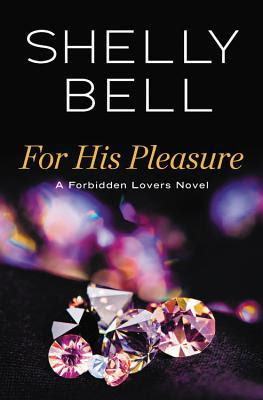 "The old Dreama loved to touch and be touched. She found power and strength through her submission. I miss it, Cash. It's like losing a limb. I'm not a stranger to anxiety, but before my attack, I had an outlet for it. I've tried every conventional method of beating my phobia, but nothing's worked." - Dreama Agosto

Cash Turner could never resist a woman in need. It’s what shapes his desires–and sealed his fate. Recently released from prison after serving time for a murder he didn’t commit, Cash has to keep his head down and stay out of trouble. That means avoiding the curvy, delicious temptation of Dreama Agosto . . . a woman who holds his future in her hands.

Dreama knew returning to work wouldn’t be easy, but she wasn’t prepared for Cash Turner. He’s tall, commanding, the first man to spark her interest in a year . . . and her newest parolee. It doesn’t take long for Dreama to realize that there’s more to him–and his case–than meets the eye. As the two of them investigate the murder that led to his incarceration, they explore the growing desire between them, risking more than her career. Because now that the real killer has set his sights on Dreama, she’s also risking her life.

I sincerely hope that the Forbidden Lovers series doesn't end with this book. I would love a spin-off series that explores more of the background characters. If it is, I look forward to what Shelly has in store for her readers next.

Shelly Bell is the author of the popular Benediction and Forbidden Lovers series. Her book, Blue Blooded, received a Top Pick from Romantic Times Book Reviews and was nominated for an RT Award. At His Mercy, the first in her Forbidden Lovers series, was named a Top Pick from Romantic Times and received a starred review from Publisher’s Weekly. When she’s not working her day job, taking care of her family, or writing, you’ll find her reading the latest romance or thriller. Shelly is a member of Romance Writers of America and International Thriller Writers.